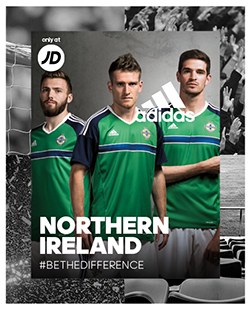 The new home shirt has re-introduced navy detailing on the chest and sleeve, designed to create impact on pitch next summer when the likes of Davis, Baird and Lafferty take to the pitch at UEFA Euro 2016.

The new home shirt design pays tribute to designs from the 80s when the team last reached a major international competition at the 1986 FIFA World Cup Finals in Mexico.

The new home kit will seen on pitch for the first time on the 13th November against Latvia.

The new Northern Ireland Home kit for 2015/16 will be available to pre-order exclusively from www.jdsports.co.uk/Northern-Ireland from today and available instore & online early in December. 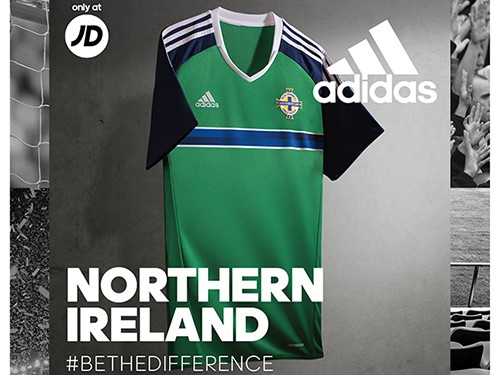