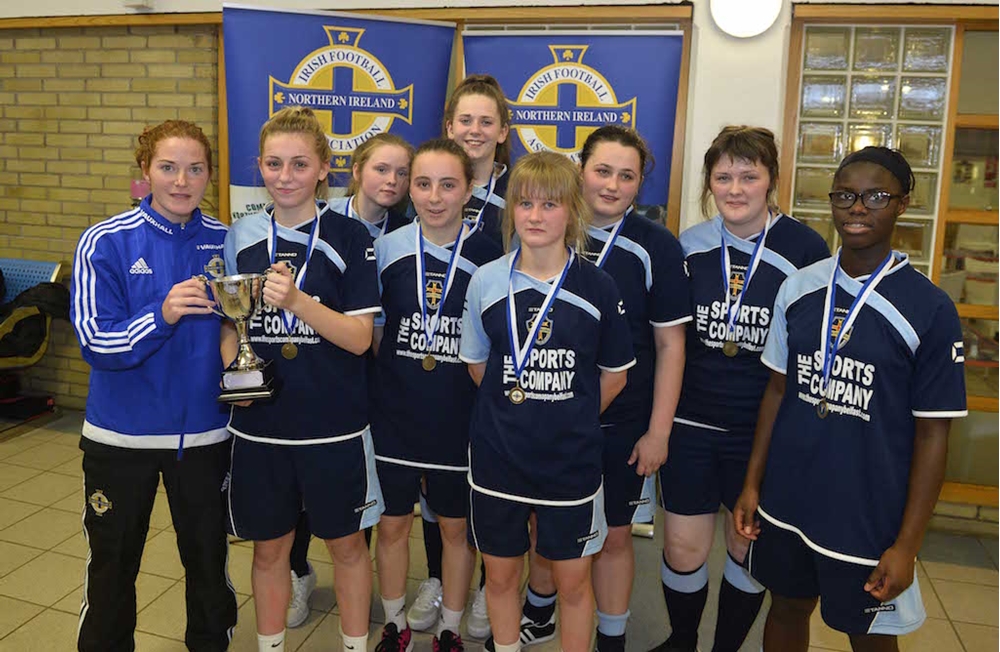 Over the last two months there have been 6 regional heats with an impressive 130 teams, representing 55 different schools, participating. The competition is organised into three different age groups; Year 8/9 (under 13’s), Year 10/11 (under 15’s) and Year 12+ (under 18) with the winner of each heat moving through the National Indoor Finals.

The Year 8/9 section proved to be extremely competitive as always with most teams evenly matched. After progressing through the group stages Lurgan Junior High played Holy Cross College (Strabane) in the first semi-final. The match finished in a draw but Holy Cross edged through to the final after winning on penalties.  Glengormley High School defeated St. Cecilia’s 4-1 in the other semi-final. Holy Cross College proved too strong for Glengormley in the final claiming the title with an emphatic 4 – 0 victory.

The Year 12+ section was another tightly contested group. Mercy College booked their place in the semi-finals with a 1 – 0 victory against St Cecilia’s College (Derry) while St. Colm’s High (Belfast) beat County Down’s Nendrum Integrated College 3 – 1. The final was a thrilling encounter which finished in a draw and had to be decided by spot kicks.  It was Mercy College who held their nerve during the penalty shoot-out winning the match 6 – 5.

“There were 175 girls playing football today and a total of 56% of them play at a local girls or boys club. This illustrates the importance of schools football events for the development of girls and women’s football in Northern Ireland and we hope that with continued work in this area even more girls will join their local club”.

“We were delighted with the standard of play on display today and it is testimony to the hard work and dedication that that the teachers put into developing their players. On behalf of the Association I would like to thank all the teachers and principals for their continued support in allowing girls to play football”.

“I am delighted to support the School's Indoor Cup. These successful annual events are integral for promoting interest and participation in girl’s football, all of which are directly linked to the Irish FA's recently launched Youth Strategy ‘Let Them Play’.” 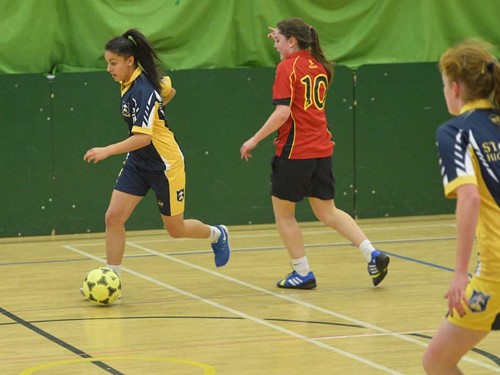 Louise McDaniel in action for St.Colms against Castlederg in the year 12+ section. 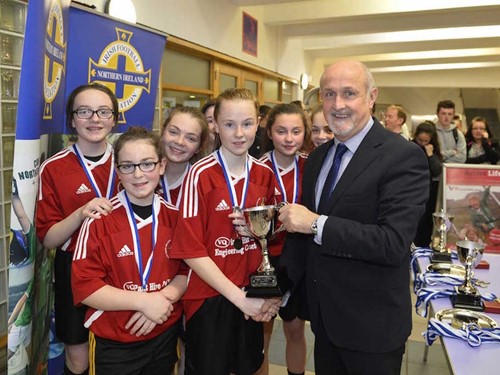 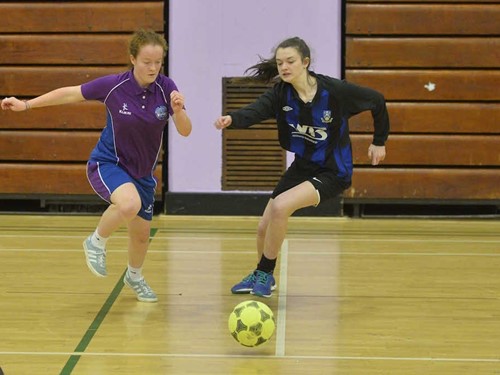 Caitlyn Hamilton (purple) in action against Our Lady & St. Patricks in the year 10/11 final. 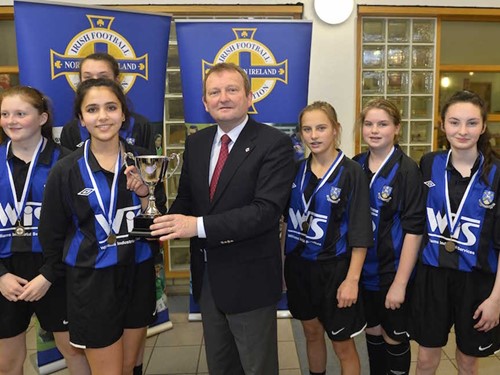