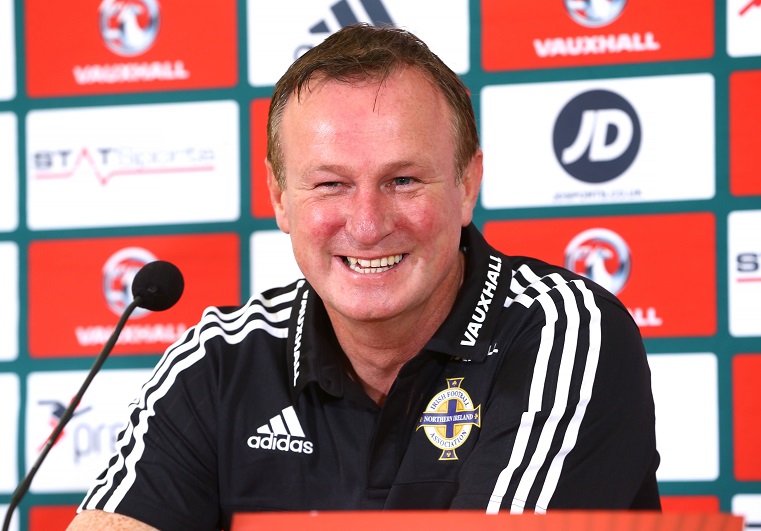 There are no new additions to the squad from the last set of Euro2016 qualifiers which saw Northern Ireland book their place in France next June.

Michael O'Neill will have a returning Jonny Evans after he missed the last set of games due to an injury suffered whilst playing for West Bromwich Albion. He will do battle for a place at centre back with Gareth McAuley and Craig Cathcart.

Two goal Greece hero and Captain Steven Davis is part of the side and has continued his good form for Southampton with goal at the weekend versus Bournemouth.

Also, Josh Magennis will battle for a place with fellow strikers Kyle Lafferty, Billy McKay, Liam Boyce and Will Grigg after his goal versus Greece at the National Stadium last month. 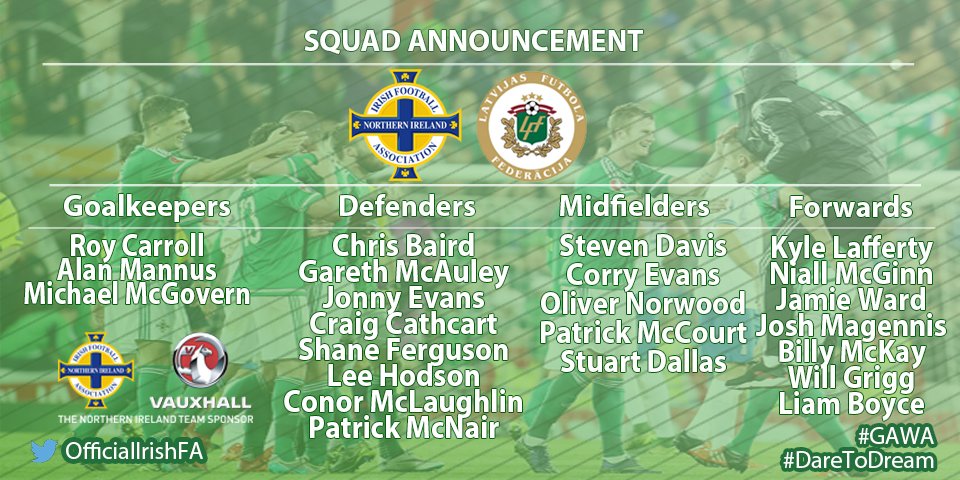