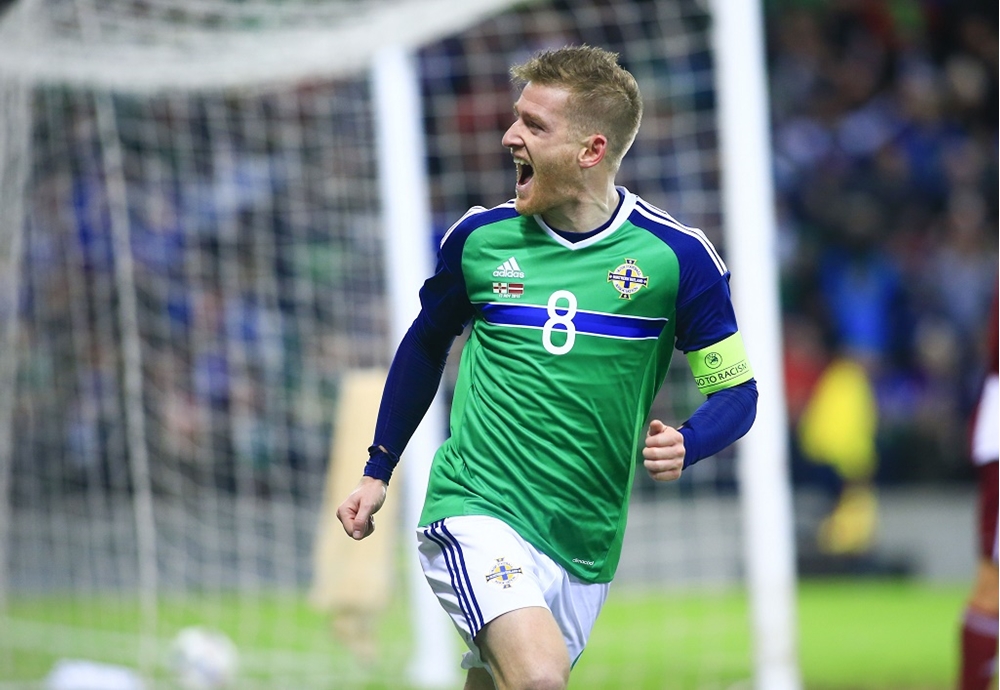 Later named 'Vauxhall Man of the Match' Davis struck on 55 minutes at the second attempt after Craig Cathcart had provided the crucial crossfield pass to create the opening.

Northern Ireland started brightly with Davis teeing up Kyle Lafferty with an early chance while Jamie Ward then had a go from distance only for Latvian 'keeper Andris Vanins to prove equal to the challenge.

Then, with almost a quarter-of-an-hour gone, Ward tested Vanins again with a well executed left-foot strike from the edge of the area after a great ball from Chris Baird.

At the other end Davis was in the thick of the action again, this time following a Stuart Dallas ball, but Vanins was alert to make the save.

Perhaps Northern Ireland's best chance arrived just after that - on 32 minutes - when Lafferty got on the end of a Davis through ball only to elect to take a shot himself rather than provide a lay-off for the much better placed Ward.

Lafferty created another opportunity for himself four minutes into the second half after teaming up with substitute Corry Evans to take the ball past two defenders before testing Vanins with his left-foot.

However, the goal that was to ensure Northern Ireland ended a seven-and-a-half year wait for a friendly win and stretched the current unbeaten run to eight games, came soon after when Cathcart provided that long distance ball for Davis to direct home at the far post after his initial close range header had been blocked by Vanins.

Davis might have added another not long after the hour mark with a dipping volley from around 25 yards.

With time running out, Latvia might have snatched an unwarranted late equaliser after substitute Artoms Rudņevs volleyed just wide from inside the area. 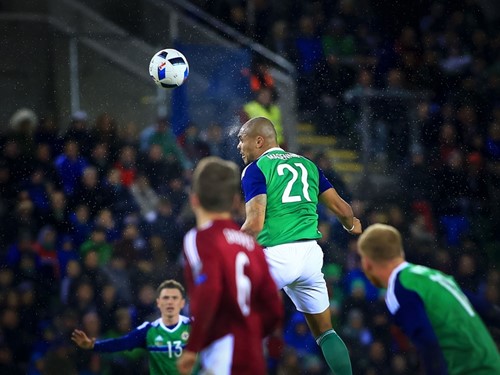 Josh Magennis gets a header in 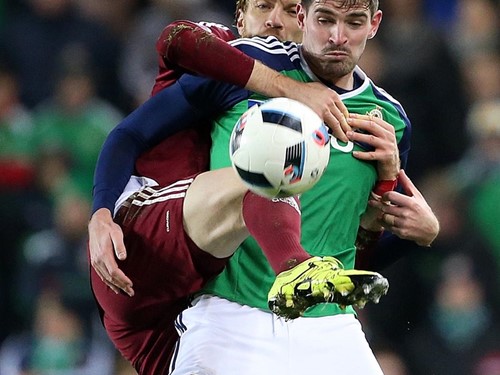 Kyle Lafferty and Kaspars Gorkss battle for the ball 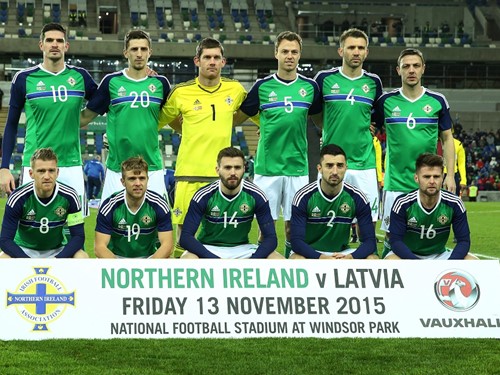