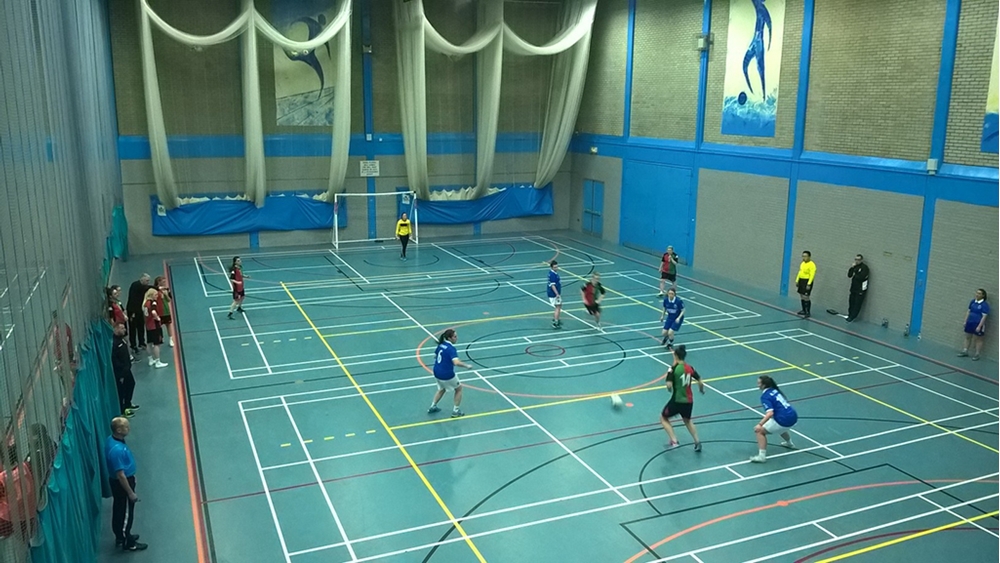 The league involves 14 senior women’s clubs and is split across three regions.

The regional format of the competition will take place during November and December with a National Finals event planned for the end of the year.

Shankill Leisure Centre, Lagan Valley Leisure Centre, Mid Ulster Sports Arena and the Foyle Futsal Centre all showcased high scoring games in the past number of weeks and the participants are thoroughly enjoying be part of programme.  Event organiser Jackie Blyth was pleased that more clubs are getting involved in the game, “Futsal is a key focus of our Corporate Strategy and Youth Strategy and it is great to see the female clubs leading the way in this area.  We are convinced of the developmental benefits of this game and hope more will become involved in our youth and senior programmes in 2016.”

The launch of the league marks the start of an extensive Futsal programme that will be rolled out across schools, colleges, universities and clubs for males and females in the next 12 months.  Irish FA Schools and Futsal Manager Jonathan Michael is looking forward to the challenge, “The Irish FA is committed to establishing a culture of Futsal throughout Northern Ireland in 2016 and the launch of the Irish FA Female Futsal League is a great example of what people should expect moving forward.  I have planned a number of Futsal Introductory Awards of the next number of months and I would encourage coaches to attend and learn more about this great game.”

The results from week one and two of the Irish FA Female Futsal League are detailed below.

For more information about Futsal programmes please contact Jonathan Michael on jonathan.michael@irishfa.com or 07802327541.