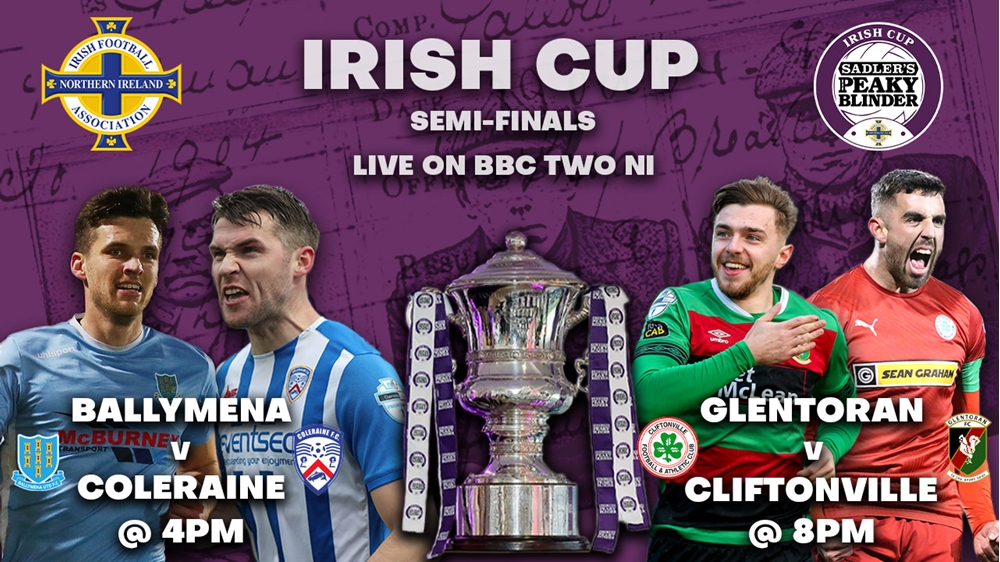 The four teams contesting this season’s Sadler’s Peaky Blinder Irish Cup semi-finals insist they are all ready and raring to go.

The form book can often go out the window in the latter stages of cup competitions, with Davids slaying Goliaths, but unusually there will be no form book to refer to come Monday (27 July).

When Ballymena United, Cliftonville, Coleraine and Glentoran line out at the National Football Stadium at Windsor Park they will all be in the same boat. It will be their first competitive action in four months due to the coronavirus pandemic. And both games will be played behind closed doors.

The first semi-final at the stadium on Monday will feature David Jeffrey’s Ballymena against Oran Kearney’s Coleraine (4pm start).

Prior to lockdown Coleraine were flying high in the Danske Bank Premiership, while the Braidmen were still ravaged by injuries which had hampered their progress in the league after finishing runners-up last season.

If the last four games had gone ahead as scheduled in March then the Bannsiders would have been clear favourites. However, lockdown has made the playing field more even. Ballymena are almost back to full strength and their managerial pairing of Jeffrey and Bryan McLaughlin have more than enough nous to spring a surprise. 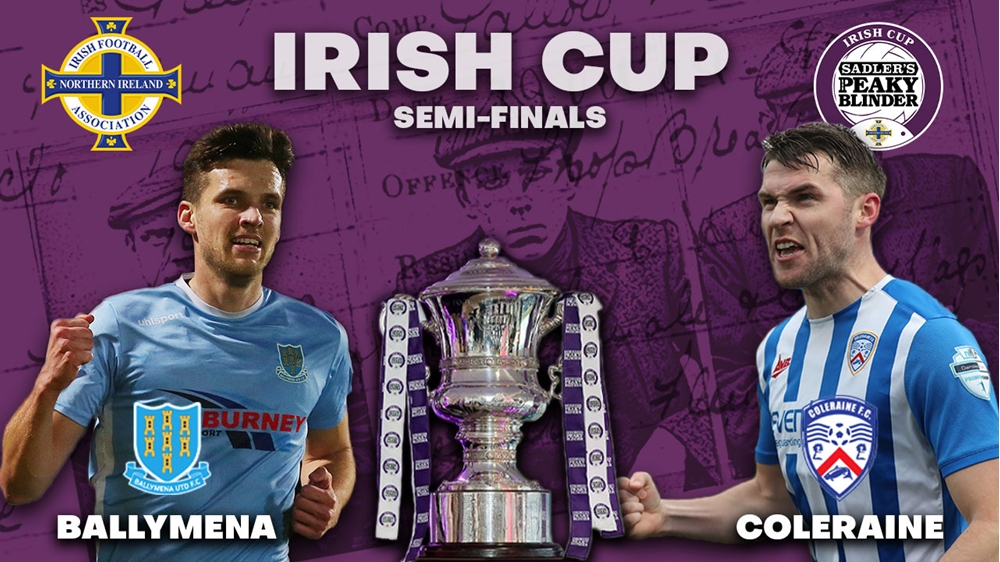 The captains of the two teams are expecting a close contest.

Coleraine skipper Stephen O’Donnell said: “Ballymena are a good side and the derby is always a tough game to play in, but one that we always enjoy. Their league form does not represent the full quality they have in their side and we will need to be in top form to beat them.”

And Ballymena’s veteran captain, Jim Ervin, pointed out: “They have quality players all over the pitch. They play a particular way under Oran and he seems to get the best out of every player, so we expect a very difficult game. Like most of the derby games it will be frantic but also entertaining no doubt.”

The all-Belfast clash at the National Football Stadium between Paddy McLaughlin’s Cliftonville and Mick McDermott’s Glentoran is also too close to call (8pm kick-off). 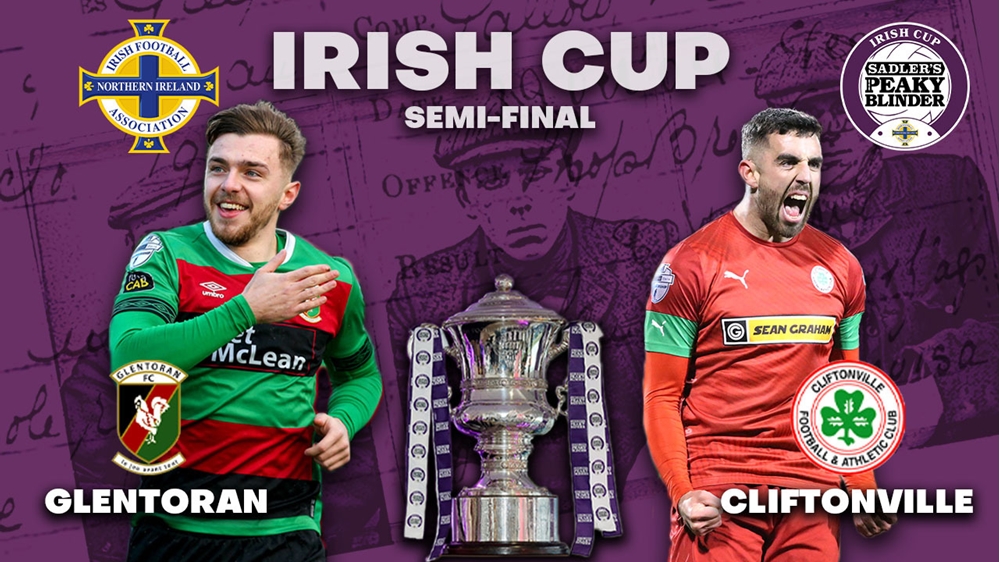 Before lockdown only a point separated the men from the north of the city and the Glens from the east. Not surprisingly the teams’ skippers are expecting it to be a tight affair.

Reds captain Chris Curran said: “They are a strong side and have good Irish Cup pedigree. They have made a good start under their new manager and our recent meetings have been tight, well contested games. They have players who can hurt you so it's important that we respect that.”

And Glentoran skipper Marcus Kane pointed out: “Cliftonville are a good team, very versatile and adaptable, which makes them hard to read. Their attacking players are up there with the best in the Danske Bank Premiership but in saying that we’ve done quite well against them this season, so I think it will be a tight game.”