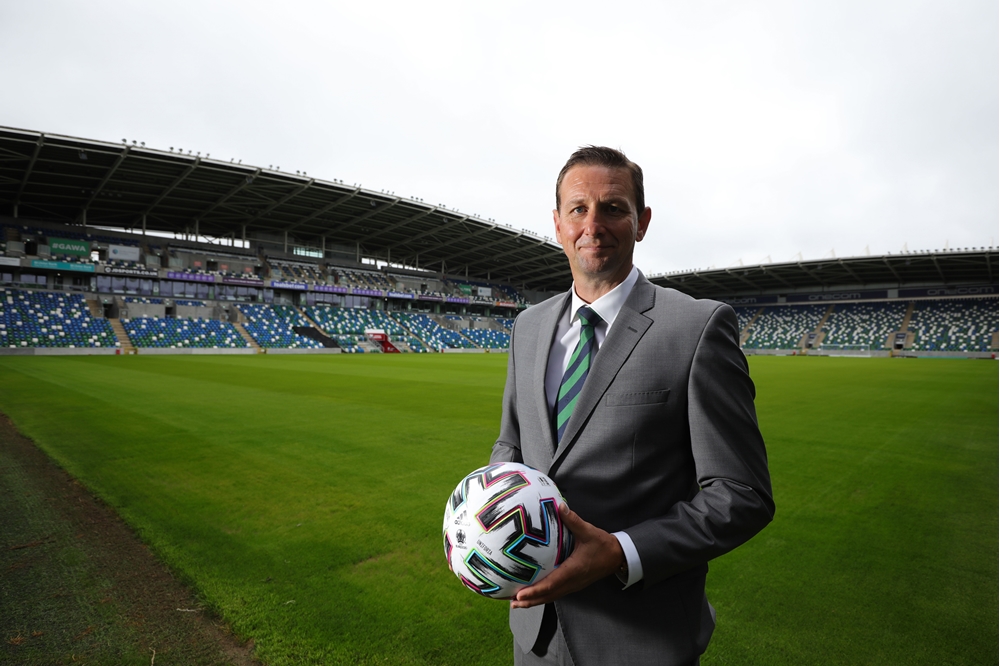 In his first day in Belfast since taking up the role he was presented to the media.

We went behind the scenes with the former U21 manager who was the focus of a photoshoot, took part in broadcast interviews and was quizzed by print journalists over video conference.

Watch the full video by clicking on the image above.