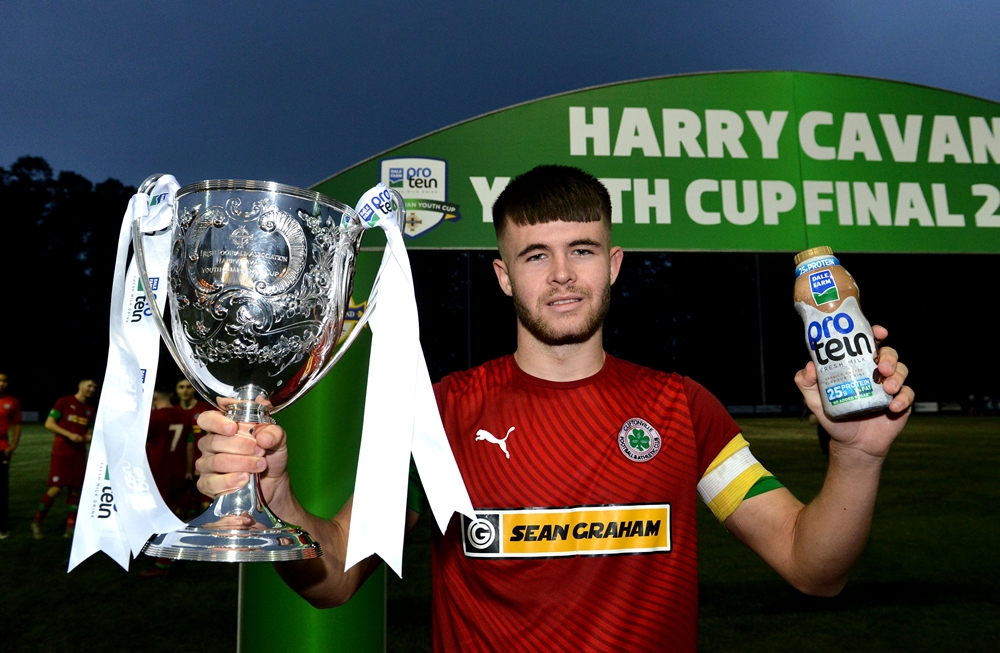 Cliftonville’s young guns had a stroll in the meadow as they won this season’s Irish FA Harry Cavan Youth Cup, sponsored by Dale Farm Protein Milk.

They won the game 5-1 but the deficit could have been greater if Institute keeper Leannan McCann had not pulled off several fine saves across the 90 minutes.

The Reds opened the scoring at the home of Moyola Park FC after just eight minutes following a period of early pressure in which they forced a string of corners.

The goal came when Lee O’Brien whipped in a corner and striker Calvin McCurry’s powerful header from eight yards whizzed into the net.

Brendan Lynch’s team continued to press and they bamboozled Institute with some slick passing and movement, with Odhran Casey, Mark Donnelly and captain Dylan Snodden calling the shots.

On 18 minutes tricky winger Peter McKiernan cleverly slipped the ball to Casey and his effort from an angle clipped the crossbar. Then, just two minutes later, an O’Brien drive from a free-kick was well saved by McCann.

Cliftonville’s second came in the 37th minute. Following a McKiernan corner the Institute defence managed to clear the ball off the line but Reds defender Kyle Anderson smashed the loose ball home from close range.

The feat was almost repeated minutes later when another McKiernan corner found Stephen McGuinness free at the back post but the defender planted his header wide of the mark.

Cliftonville’s first clearcut chance of the second period came 10 minutes in. Snodden played the ball to McCurry and the Northern Ireland U18 Schoolboys international’s rasping, rising drive was spectacularly tipped over by McCann.

More opportunities followed for the Reds. Casey headed over from a corner and Alexander shot wide before McKiernan teed up the third goal. Instead of delivering a free-kick into the area he slipped the ball to Darren Hyland on the edge of the area and the full-back scored with a powerful low shot.

Within minutes great interplay between McCurry and McKiernan saw the winger put it on a plate for O’Brien, but he steered his header wide. It would have been a cracking goal.

McCann produced another fine save from a stinging McCurry effort but minutes later he could not keep out a low drive from McCurry, which made it 4-0 to the young Reds on 76 minutes.

With five minutes to go the Strollers scored their fifth goal. This time Hyland fired in a corner which Donnelly expertly nodded home.

Russell Porter’s team were under the cosh throughout the match, however almost on the stroke of full-time referee Frankie Shanks awarded Institute a penalty for an infringement. Their skipper, Clement Clarke-Hetherington, coolly dispatched the spot kick to leave the final score at 5-1 to the Belfast side.

It was Cliftonville’s first Irish Youth Cup success since 2001 and they thoroughly deserved the win after producing some slick, incisive and entertaining football. 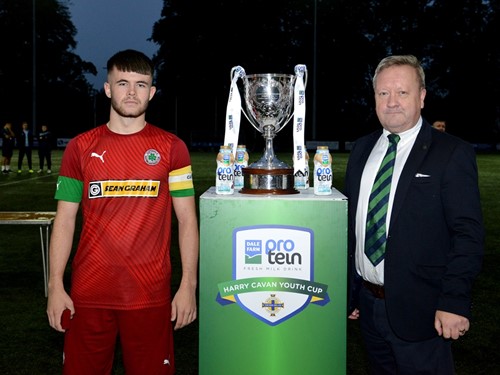 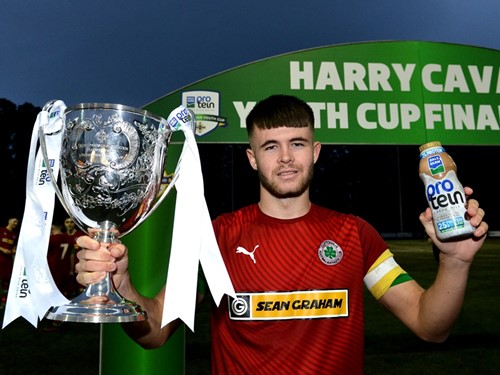 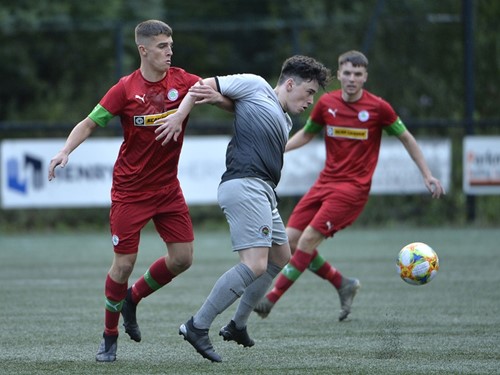 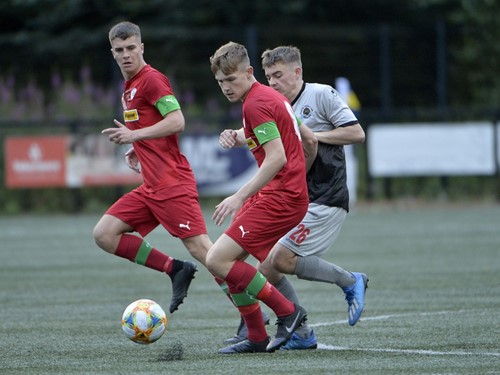 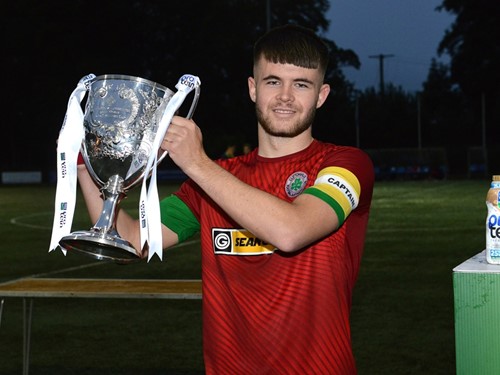 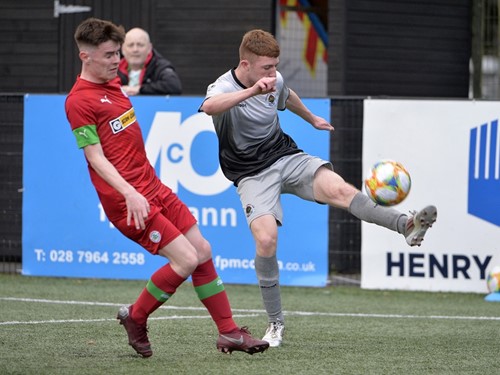 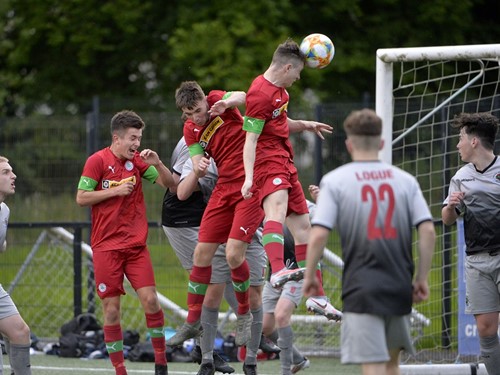 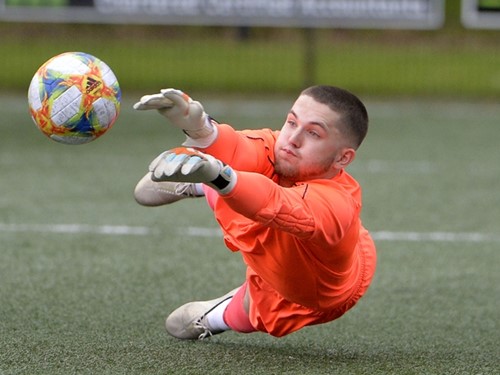 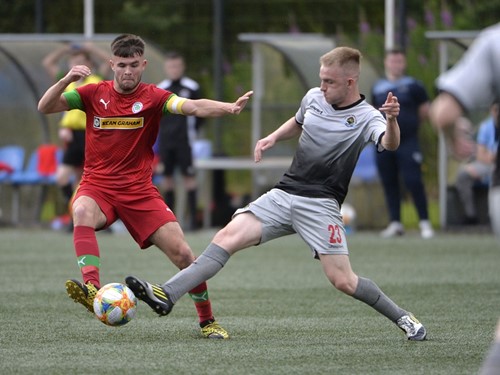 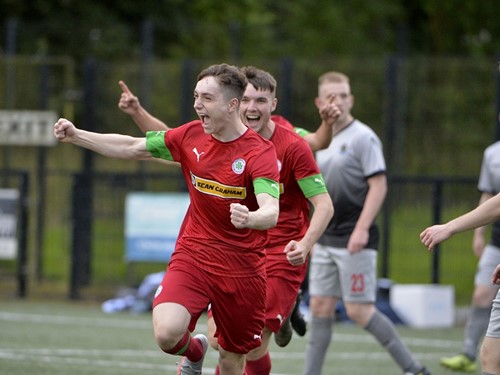 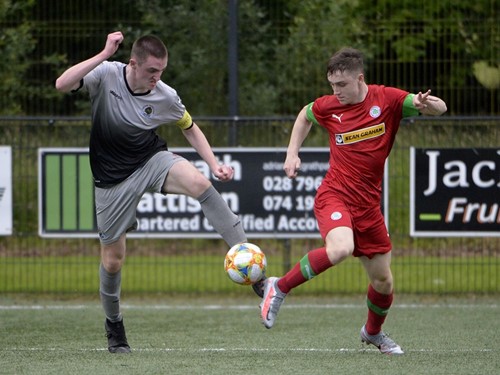 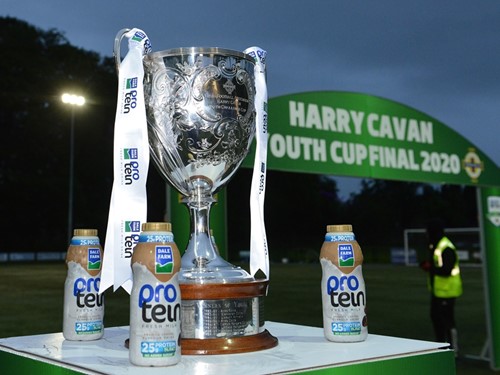 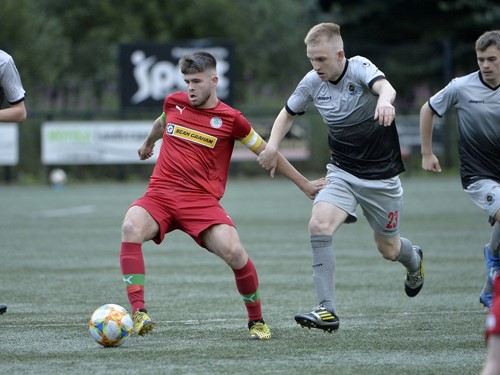