This season’s Sadler’s Peaky Blinder Irish Cup semi-finals will be played at the National Football Stadium at Windsor Park on Monday 27 July, it has been officially confirmed.

The final is set to take place on Friday 31 July at the same venue, with an 8pm kick-off.

The proposed details for all remaining matches were ratified at a meeting of the Challenge Cup Committee on Wednesday (1 July).

The last-four games will be played back-to-back with Ballymena United versus Coleraine scheduled for a 4pm kick-off before Cliftonville take on Glentoran later that evening (8pm). 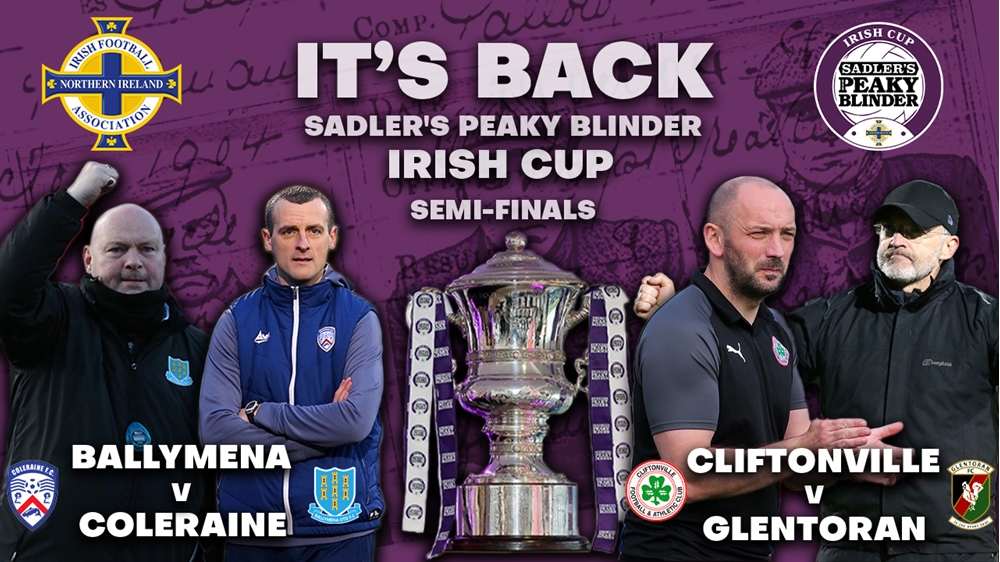