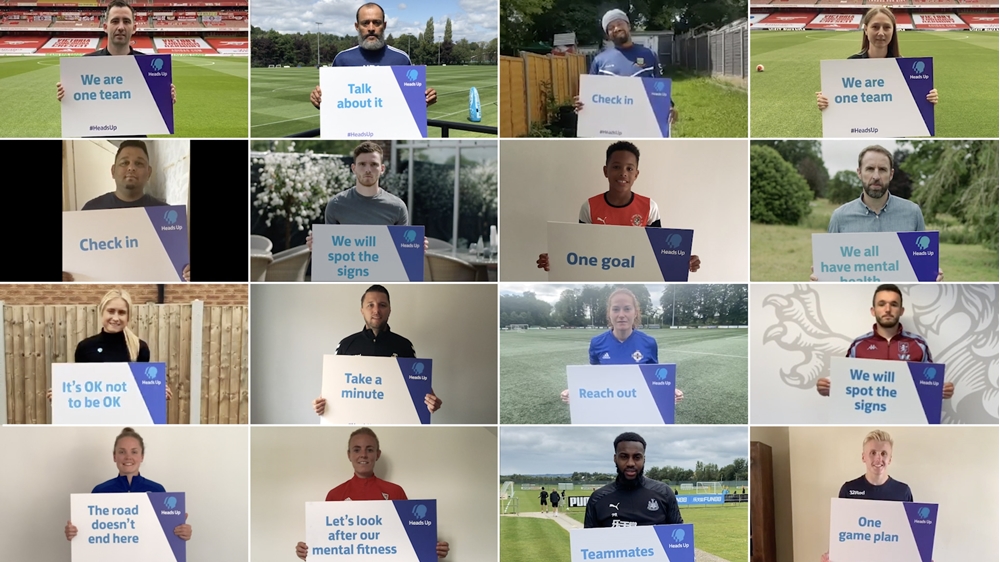 The four home football associations along with leagues and other members of the football family in the UK have signed a major declaration to promote mental health.

The joint declaration is a commitment to make mental health a key priority at all levels of the game - as a lasting legacy of the Heads Up campaign.

The Irish FA’s support for the initiative, alongside the FA in England, the Scottish FA and the Football Association of Wales, is being seen as an extension of Ahead of the Game, the association’s mental health programme for football clubs at all levels across Northern Ireland.

The Mentally Healthy Football declaration sees governing bodies, leagues and organisations from across UK football recognising that mental health is as important as physical health and pioneering a ‘team approach’ on this important issue.

Together the UK football family will build on the important work that clubs and football organisations are already doing, working together to scale up these efforts across the football system and support the development of ‘mentally healthy clubs’ at every level of the game.

Irish FA chief executive Patrick Nelson said: “Through our Foundation we already strongly promote mental health awareness across our clubs, however this declaration is a commitment from us to extend that work further.”

In a video marking the signing of the Mentally Healthy Football declaration, the Duke of Cambridge said: “Not only will it (the declaration) benefit future generations who work and play within the game, but it will also send a clear message to football’s millions of fans about the importance of mental health. That is a legacy we can all be proud of – following a season we will never forget.”

Following an unprecedented season for football, mental health issues are more relevant than ever.

Through the declaration, which was convened by The Royal Foundation, football has committed to working together to continue raising awareness of mental health, and to embed an environment across UK football:

• where they feel able to spot the signs that they, a team-mate or colleague might be struggling and know where to access support;

• and where speaking out about mental health is seen as a sign of strength rather than weakness.

In the declaration they say: “Now, more than ever, is the time for us to support each other and for all parts of society to prioritise mental health. We will do everything we can to play our part in this and help make football a mentally healthy environment, now and in the future.”

All of the organisations who have signed the declaration will form a UK-wide mental health implementation group next season, working towards a collective ‘game plan’ for the first time to ensure the mental health of players, staff, managers, coaches and officials is prioritised across the game.

Together the group will share best practice and drive progress towards the pledges in the declaration, which include rolling out mental health training and education to all clubs, implementing mental health strategies, and embedding mental health within policies and practices.

The declaration has been welcomed by Heads Up’s charity partners Mind, CALM and Sporting Chance, who provided insight and expertise and will continue to work with the signatories next season as they take the commitments forward.

Godric Smith, chair of the Heads Up campaign, said: “There has been fantastic leadership from every part of football on mental health this season and today’s declaration cements the huge culture change under way in the game.

“It is a first of its kind and an important moment for sport and society more widely. It comes at a time when prioritising our mental health and supporting each other has never mattered more.”

Spearheaded by the Duke of Cambridge, Heads Up is a season-long campaign between Heads Together and The FA to change the conversation around mental health through football. This Saturday (1 August) will see the Heads Up FA Cup Final dedicated to the issue of mental health, which is expected to be one of the ongoing issues arising from the Covid-19 pandemic.