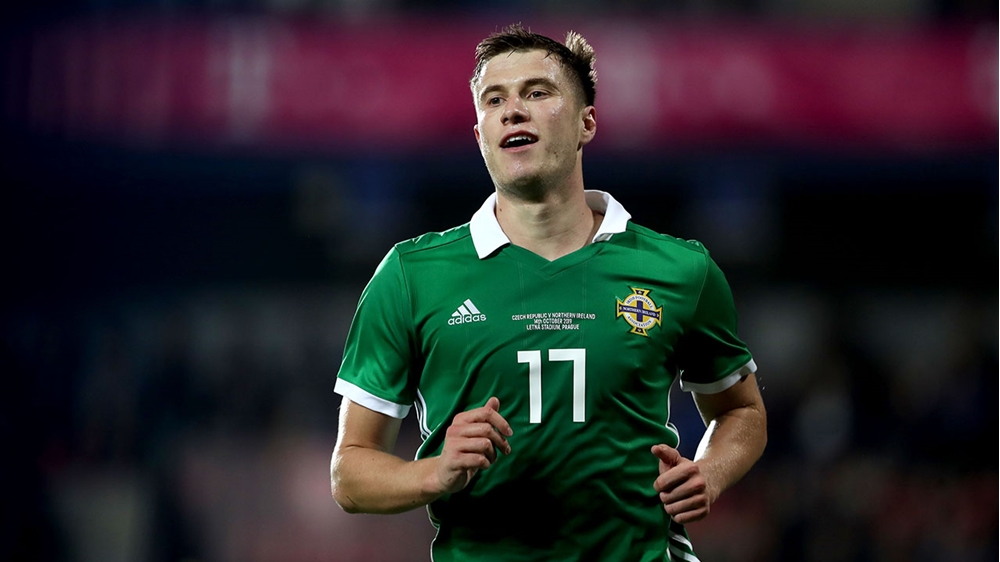 Stuart Dallas was on target as Premier League bound Leeds United rounded off their League campaign in style with a 4-0 success over Charlton Athletic last night at Elland Road.

The former Crusaders man stroked home United’s second, and his fifth of the season, in what was Marcelo Bielsa’s 100th game in charge of the Yorkshire side.

Also on the scoresheet on Wednesday evening was midfielder Paddy McNair who chalked up his sixth of the campaign as Neil Warnock’s charges secured their Championship status for next season with a 2-1 win at Sheffield Wednesday.

Meanwhile, Jordan Thompson celebrated his return to the Stoke City starting line-up by providing an assist for their opening goal as Michael O’Neill’s side eased to a 4-1 victory at Nottingham Forest, a result which saw the home side miss out on a play-off spot in the Championship.

Winger Shane Ferguson started for Millwall who also recorded a 4-1 scoreline at home to Huddersfield Town, though there was disappointment for Josh Magennis who was an unused substitute as Hull City’s relegation to League One was confirmed following their 3-0 defeat at Cardiff City.

Birmingham City midfielder Caolan Boyd-Munce got another 15 minutes of first-team football under his belt in the 3-1 home reverse to Derby County, but Corry Evans was again missing from the Blackburn Rovers team due to a fractured toe.

Finally, in the Premier League, Craig Cathcart remained on the substitute’s bench as struggling Watford lost 4-0 at home to Manchester City on Tuesday night.

The Hornets, who dismissed their manager Nigel Pearson last weekend, must now win their final game of the season away to Arsenal this Sunday to maintain any hope of top flight football next term.