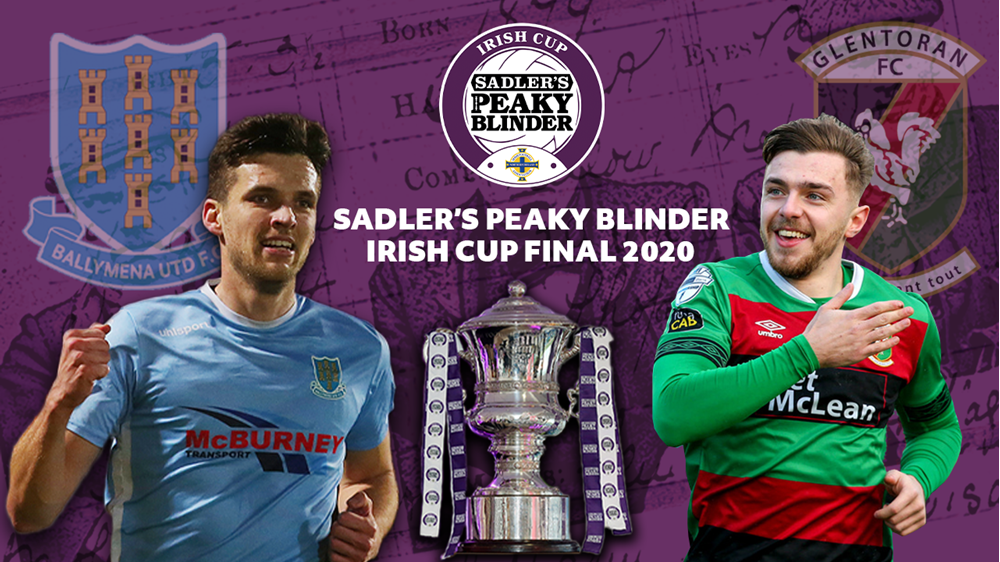 This year’s Sadler’s Peaky Blinder Irish Cup final is set to be an intriguing contest – and the influence of the dugout could be critical.

Ballymena United boss David Jeffrey is aiming to win the trophy for an eighth time as a manager, while Glentoran head coach Mick McDermott is hoping to enjoy his maiden success at the end of his first full season with the Glens.

The pair will be locking horns at the National Football Stadium at Windsor Park tonight (8.00 kick-off) in front of 500 fans – it will be the first match in the UK where supporters have been allowed through the turnstiles since the Covid lockdown started in March - and the tactical battle will be fascinating to watch.

Old hand Jeffrey and his shrewd assistant Bryan McLoughlin - who won numerous trophies together at Linfield - have been steadily building a strong squad at the Showgrounds since they took over in 2016. They won the League Cup in 2017 and finished second in the NIFL Premiership last term, however they have just endured an injury-ravaged season.

New kid on the block McDermott, who returned home to Northern Ireland last year after a playing and coaching career abroad, including a stint as assistant to Carlos Queiroz at the Iranian national team, is the mastermind of a revolution at the Oval aimed at making Glentoran a major force in the Irish League once again.

Both sets of players had to endure 120-minutes plus of action in the semi-finals on Monday as well as the tension of a penalty shoot-out, with Ballymena defeating Coleraine on pens and Glentoran edging past Cliftonville via spot kicks. 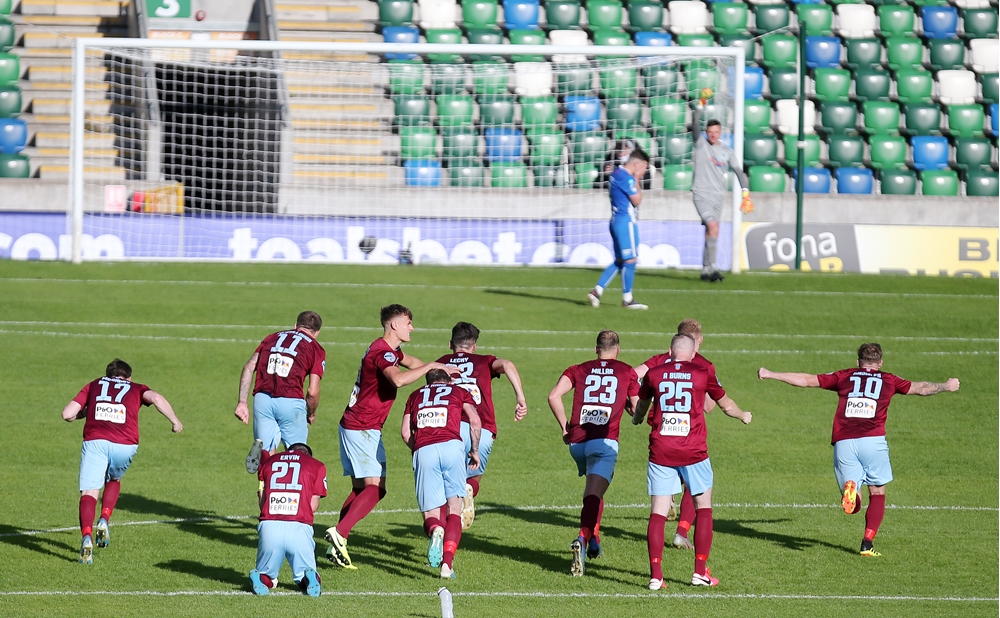 That would be draining at the best of times, but possibly even more so given both squads were playing in their first competitive match for four months. The fitness levels could also be a big factor tonight.

Ballymena see themselves as underdogs, however the Glens do not see it that way.

Sky Blues striker Adam Lecky said: “We are happy with that tag (of underdogs) and will relish the chance to cause an upset.”

Glentoran have won the Irish Cup 22 times in their history – and Marcus Kane would relish being the captain who lifts the trophy for a 23rd time.

But the Glens skipper insisted that the Glentoran players and coaching staff will not be taking Ballymena lightly. 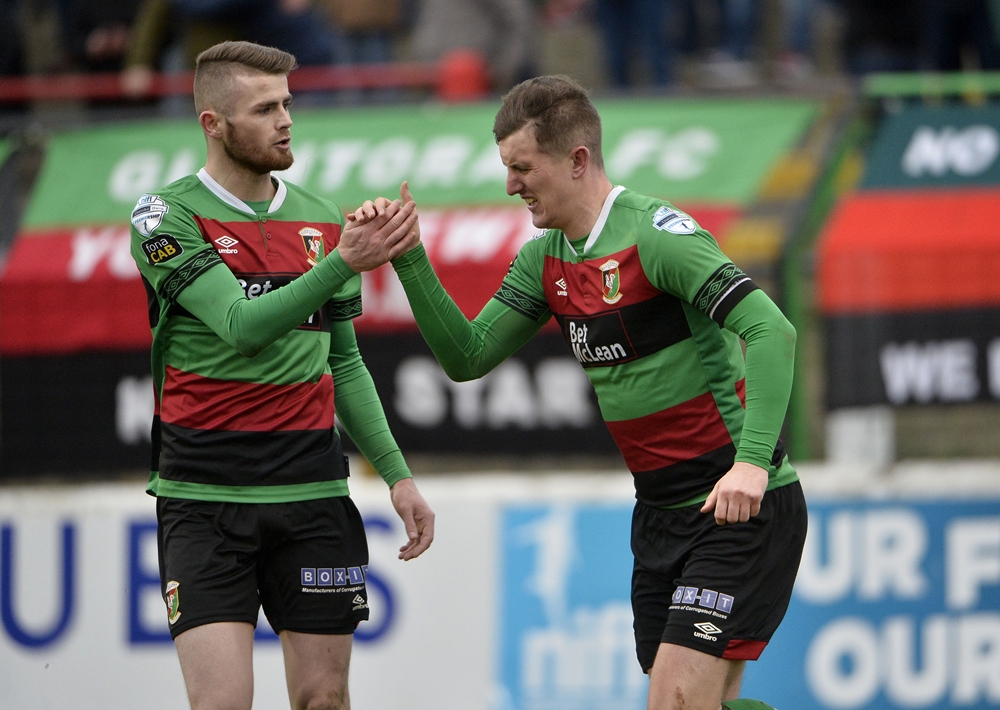 “Ballymena are a strong side with loads of Irish Cup final experience in their ranks. They are strong defensively and have good counter attacking players like Andy McGrory, Cathair Friel, Adam Lecky and Jude Winchester to name a few,” he pointed out.

And their talismanic striker Robbie McDaid said: “Ballymena are a solid team throughout and work really well as a unit. They’ve got a superb manager in David Jeffrey who over the years has been massively successful with both Linfield and Ballymena.

“They have also got plenty of attacking threats, so I believe it will be an exciting game for the neutrals.”

Jim Ervin won the trophy four times as a Linfield player but would love to win it with the Braidmen.

The Ballymena captain admitted he has been impressed by today’s opponents this season.

“It would be very disrespectful to pinpoint any one player in their team who we will have to keep a close eye on because they have quality all over the park and can hurt you at any time,” he pointed out.

“They have a big squad and things can be changed at any time by them, so in my eyes they are all dangerous.”

It’s obvious the teams have huge respect for each other, however there can be only one winner tonight.