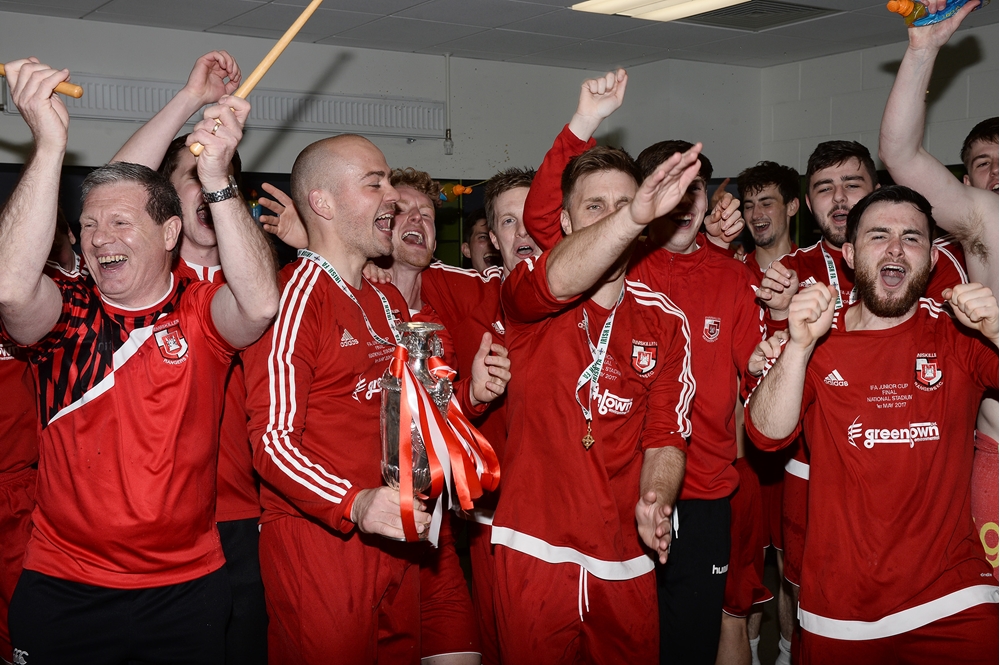 This season’s semi-finals of the fonaCAB Irish Junior Cup will be staged next Monday (20 July) in County Armagh – at two separate venues and behind closed doors.

Holders Enniskillen Rangers from the Fermanagh and Western League are due to face Bessbrook United of the Carnbane League at the home of Annagh United on Portadown’s Tandragee Road (7.45pm start).

And another F&W team, NFC Kesh, will contest the other semi-final against west Belfast side Willowbank (Northern Amateur Football League) at Armagh City’s Holm Park ground, again with a 7.45pm start.

Fans are excluded from both matches in the Irish FA-run cup competition – and that’s also the case for this season’s Irish FA Harry Cavan Youth Cup (sponsored by Dale Farm Protein Milk) final.

Cliftonville Strollers will take on Institute U18s in the Harry Cavan decider next Wednesday (22 July) at Mill Meadow in Castledawson, Co Londonderry, which is the home of Moyola Park FC. That game will also have a 7.45pm start.

The date/time and venue for this season’s fonaCAB Irish Junior Cup final will be confirmed in due course.

Image: Enniskillen Rangers, who have won the Irish Junior Cup for the past three seasons, will be aiming to reach the decider again when they take on Bessbrook United next week.