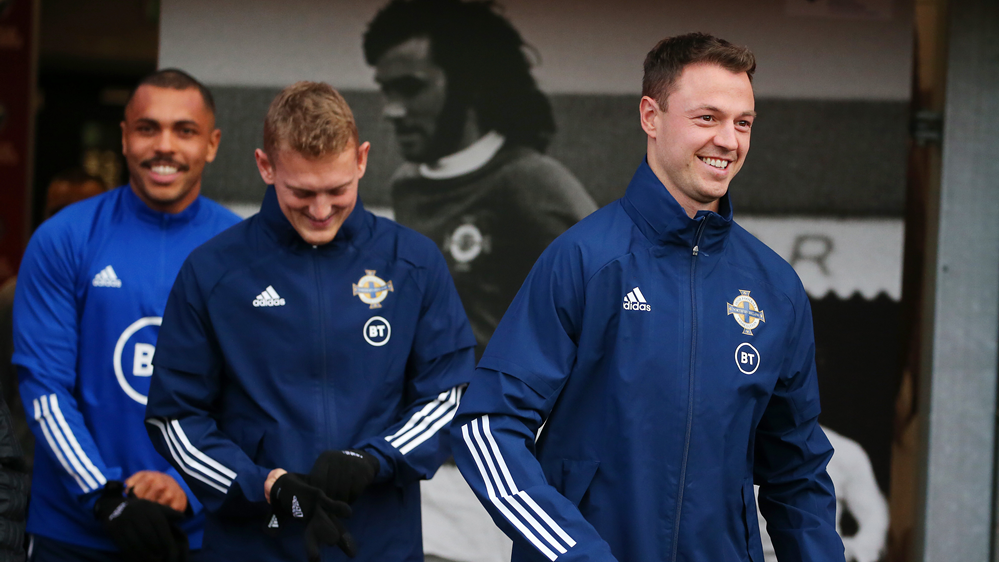 Jonny Evans was again majestic in the heart of the Leicester City defence as they stayed in third spot in the Premier League after easing to a 3-0 home success over Crystal Palace.

Northern Ireland's vice-captain has played 33 time for the Foxes in England's top flight during this campaign. The centre-back is closing in on 300 Premier League appearances with the 32-year-old now just eight games away from reaching the milestone.

Leeds United maintained their slender one-point lead at the top of the EFL Championship with a 3-1 win at Blackburn Rovers on Saturday however they had to do it without the services of Stuart Dallas who missed the game through injury.

The former Crusaders player, who has played 41 games for Marcelo Bielsa side this season, was ruled of the fixture at Ewood Park due to a ‘quad muscle’ issue he picked up during last week’s draw at Luton Town.

Elsewhere in the Championship George Saville started and Paddy McNair came on as a second-half substitute as Middlesbrough dropped into the bottom three following a 1-0 home defeat to Queens Park Rangers.

Josh Magennis’ Hull City are still a point ahead of Neil Warnock’s Middlesbrough after they suffered a 4-2 defeat at the Hawthorns to promotion hopefuls West Brom, while Jordan Thompson made a late appearance from the bench as Michael O'Neill's Stoke City eased their relegation worries with a comfortable 4-0 home win over Barnsley.

Wingers Shane Ferguson and Gavin Whyte and Northern Ireland U21 midfielder Caolan Boyd-Munce were all unused substitutes for their respective clubs over the weekend.

Finally, on-loan striker Paul Smyth was unused as Wycombe Wanderers took a giant step towards the League One play-off Final with a 4-1 victory over nine-man Fleetwood Town, while Mark Sykes could join him at Wembley after he played the final 35 minutes of Oxford United’s 1-1 draw at Portsmouth.