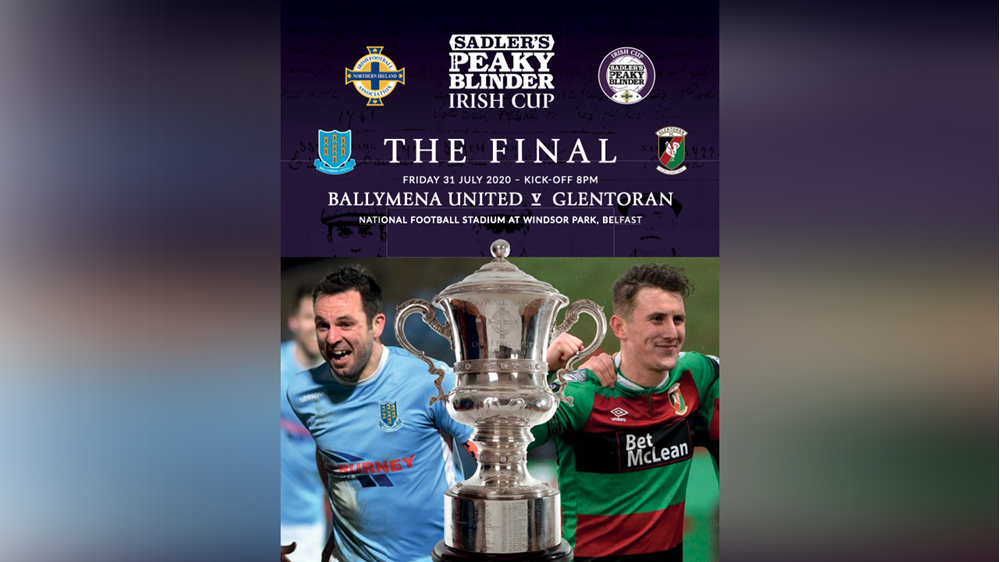 The programme features interviews with the managers, captains and players from the two finalists, Ballymena United and Glentoran.

He points out: “It is obvious they have benefitted from investment with the quality of player that they have been able to bring in. Against a fine team in Cliftonville (in Monday’s semi-final) they hit the woodwork three times.

“Their movement, interchange and fluidity are most impressive and we’re under no illusions that we’re going in again as the underdogs as people will look at Glentoran, their history in the Irish Cup and in particular the investment in the team. It will be very difficult.”

And Glentoran manager Mick McDermott says: “Ballymena were second in the league last season and they won a match in Europe at the start of this season, so they’re obviously a much better team than their league position suggests.

“Obviously David Jeffrey has a lot of experience in cup finals so he will know how to prepare his players.”

The digital matchday programme, designed by Minprint, is available here.

A printed version of the matchday programme will be available to the 500 spectators attending the final.