The senior women’s team boss (pictured, above) has chosen a squad packed with experience to compete in England at what will be Northern Ireland Women’s first major tournament.

It features two centurions in Crusaders Strikers defender Julie Nelson (125 caps) and Linfield Ladies defender Ashley Hutton (114 caps), who has battled back to fitness from a serious knee injury over the past 12 months to take her place in the panel.

Cliftonville Ladies midfielder Marissa Callaghan is still recovering from a toe injury, however she has been named as the captain of the squad and is expected to be ready for the Euros, which get under way on 6 July. 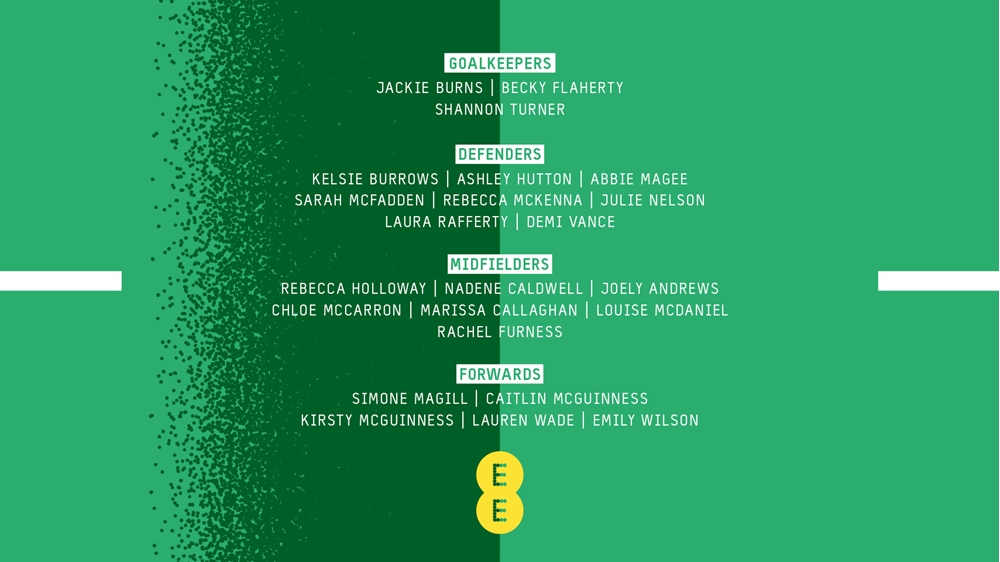 Callaghan is among a handful of players in the group who have earned between 70 and 100 caps. Liverpool Women midfielder Rachel Furness, Rangers Women defender Demi Vance, Durham Women defender Sarah McFadden and striker Simone Magill (unattached) also fall into that category.

The only uncapped player in the group is Wolverhampton Wanderers Women keeper Shannon Turner. The 24-year-old has previously represented her country at U19 level.

Forward Kerry Beattie (unattached) and Cliftonville Ladies defender Toni-Leigh Finnegan, who were both in the squad for last week’s friendly against Belgium, have not made the cut. And nor has Southampton Women midfielder Ciara Watling.

Finnegan is not the only player who has been part of the full-time training squad since January to miss out. The others are Glentoran Women midfielder Sam Kelly, Crusaders Strikers defender Rachel McLaren, Crusaders Strikers goalkeeper Maddy Harvey-Clifford, Mid-Ulster Ladies goalkeeper Lilie Woods and Sion Swifts Ladies striker Cora Chambers.

Northern Ireland’s first game at this summer’s Euros will be against Norway on 7 July followed by matches versus Austria (11 July) and tournament hosts England (15 July). All three of Northern Ireland’s group games (Group A) at the Euros are being staged at St Mary’s Stadium in Southampton.