The competition returned to celebrate disability football for the first time in two years – and players from clubs throughout the UK and Ireland descended on the Billy Neill complex in Dundonald to participate in the event.

The annual five-a-side tournament is run by the Irish FA Foundation and supported by the George Best Foundation and Cash for Kids through the Mary Peters Trust.

With more than 250 games on 12 pitches, there was fast and furious action throughout across four ability bands.

Clubs from disability sections of English Football League clubs, such as Sutton United and Charlton Athletic, are regular attendees, however Northern Ireland based clubs did exceptionally well this year, winning three out of the four trophies on offer.

Ability 2 saw London club Eaton Socon overcome Ards in a close final. And Linfield followed up their recent Irish FA Foundation League success by winning Ability 1 thanks to a hard-fought victory over St James’ A team.

He said: “The support we get from the George Best Foundation through the Mary Peters Trust has enabled us to develop the competition to the size it is today. We are also very grateful for the support from Lisburn and Castlereagh City Council and it was great to have the new mayor, Scott Carson, in attendance.

“The football was exciting across all four bands and it was good to see so many players of all ability levels getting the opportunity to play competitive football. Congratulations to all the players, coaches and volunteers who made the 2022 George Best Community Cup a memorable one.”

Player of the tournament – Jason Rossboro (Glentoran B)

Player of the tournament – Andrew Gibson (Linfield A) 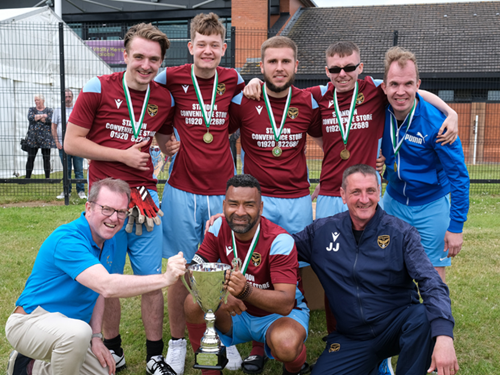 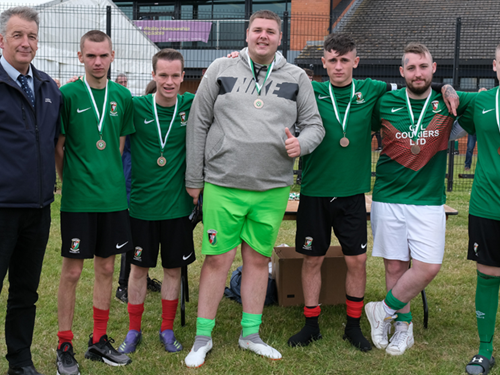 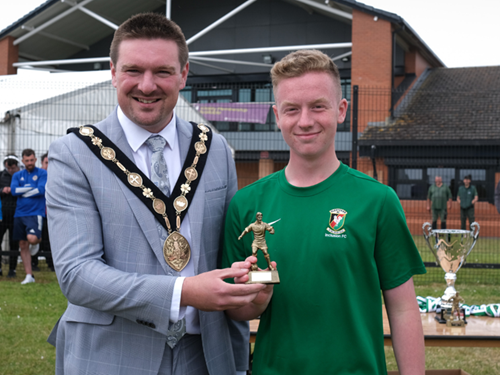 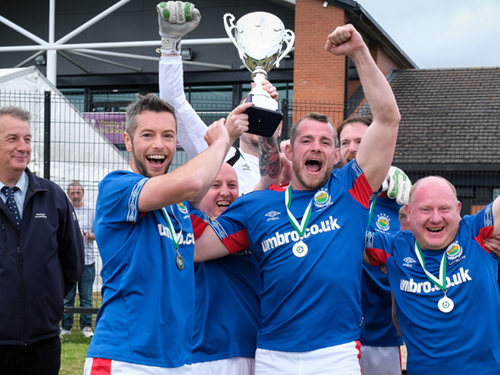 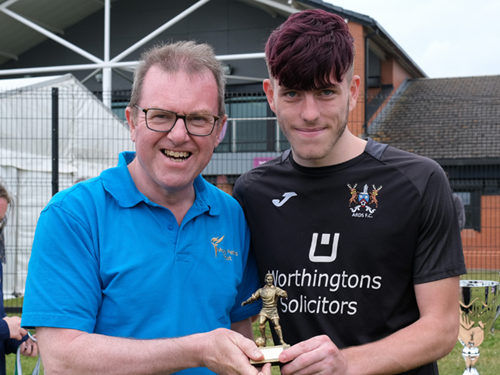 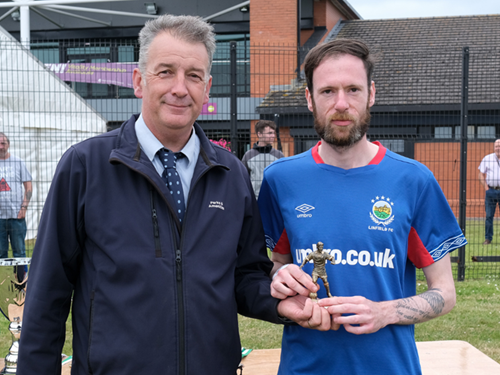 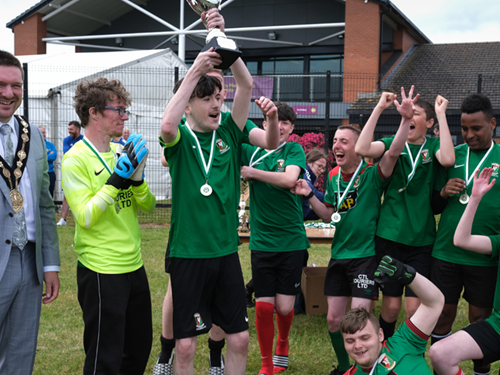 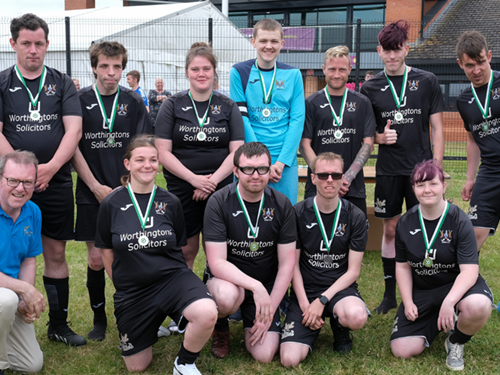 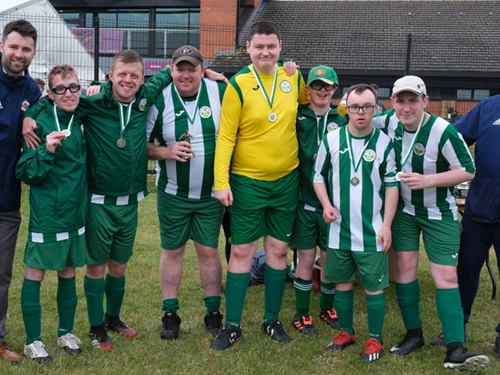 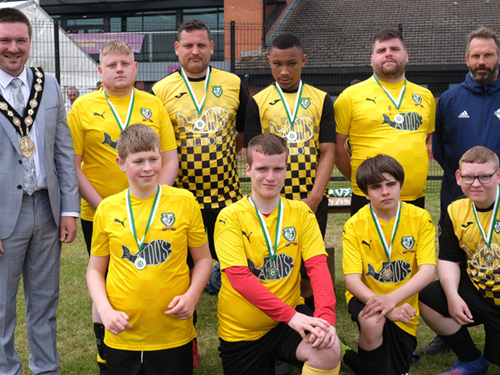 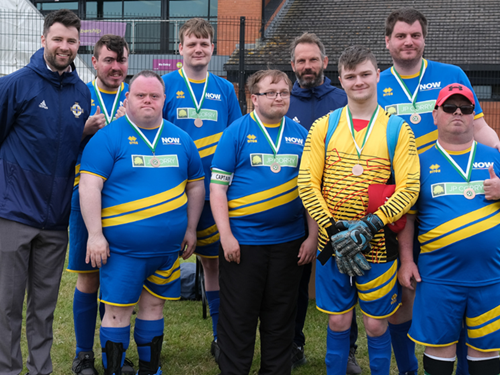 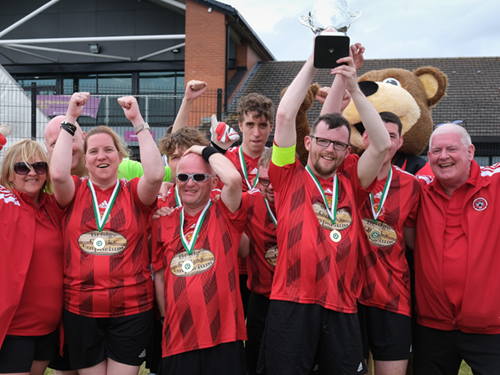 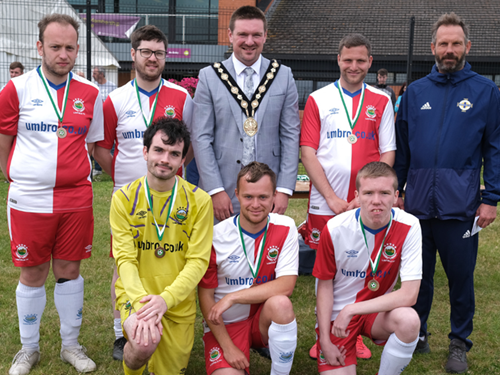 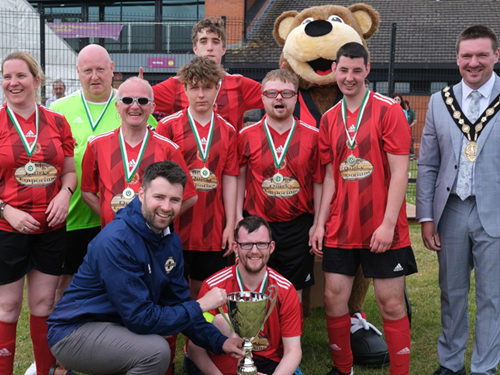