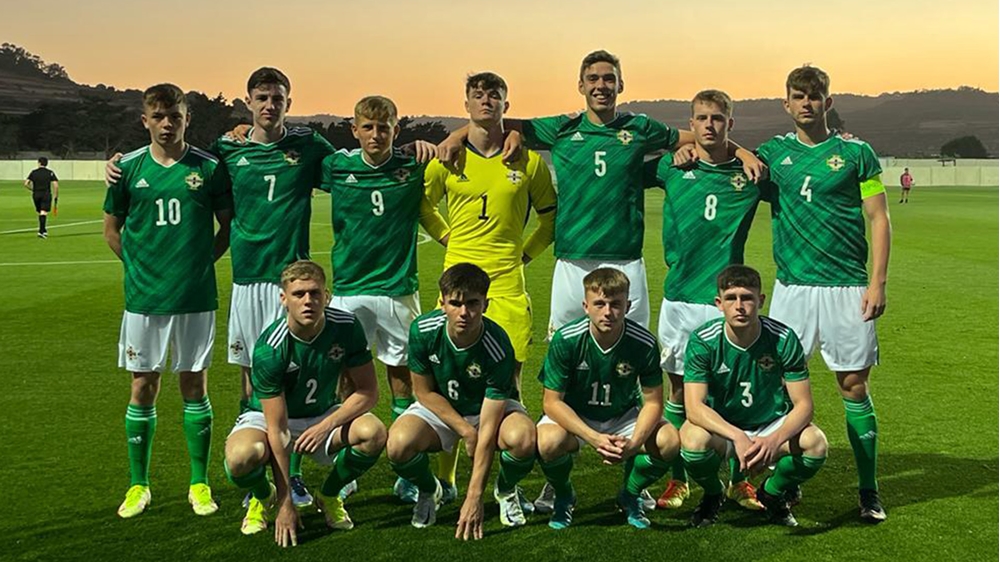 However, the second of two friendlies against the Maltese was very different from the first one.

The final score was 2-1 in Northern Ireland’s favour – compared to 6-0 in the first encounter.

Malta adjusted their system and pressed more aggressively throughout the 90 minutes.

In the seventh minute Jamie McDonnell tried to find Charlie Lindsay in the area, but he was unable to get on the end of the cross.

McDonnell then sent Aaron Wightman clear. After a powerful run Wightman drilled in a shot from outside the area, however it was comfortably saved.

Northern Ireland’s first goal came on 19 minutes. Wightman whipped in a dangerous cross which the keeper initially did well to push out, but the ball rebounded to McDonnell and he bundled it home for his second goal against the Maltese this week.

Very few other chances were created in a scrappy first half in which defences were on top and the challenges were hard. 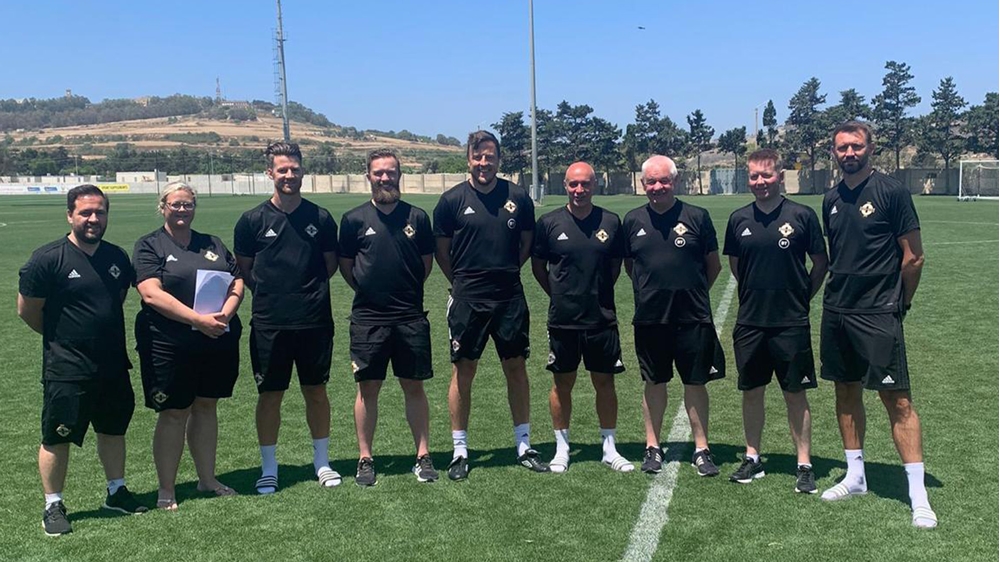 Just after the break Malta had a quick counter attack, however Ruairi McConville made an excellent challenge to snuff it out.

McCallion made an immediate impact, with several mazy runs from the right side. His 25-yard shot was well saved by the goalkeeper.

Malta went close with a 25-yard piledriver before Lindsay’s blaster hit the frame of the goal.

Northern Ireland extended their lead from the penalty spot on 57 minutes. McCallion went on another powerful run and rode three challenges before being bundled to the ground inside the area. Lindsay, who scored twice in the first game, calmly slotted the penalty into the net.

Minutes later Lindsay hit the crossbar with a dipping shot from the edge of the area and he was involved again when another fine effort looked destined to hit the back of the net but a Malta defender somehow managed to clear the ball off the line.

Malta were awarded a penalty deep into added time. Northern Ireland keeper Stephen McMullan saved the initial shot, however the rebound was converted to leave the final score at 2-1.

This week’s friendlies against Malta were the final preparation games prior to Euro qualifiers this autumn.

Afterwards U19s boss Gerard Lyttle said that he was really pleased with the preparations in terms of the last camp back in March and the one in Malta.

He said: “We have played top opposition throughout and have competed really well. I have been working with most of these players since they were 15 years old so I know everything about them in how they like to play and what makes them tick.

“They are on a really good run in terms of winning games and they have great momentum to take into the qualifiers. I think they have had only two defeats out of 13 or 14 games since their U16 days.”

In terms of the second game against Malta, he said the hosts were very physical.

He pointed out: “We ended up at times getting into a battle with them instead of playing our own game. I felt we would not lose the game but I was slightly disappointed that we did not score more goals and control the game better.

“However, overall the lads have been excellent in terms of their approach to everything we have thrown at them. They are keen to learn and implement our style and principles on the pitch. We now look forward to September and will go to the Netherlands with confidence.”

Northern Ireland have been drawn in Group 13 of the 2022-23 UEFA European Under-19 Championship qualifying round along with Netherlands (hosts), Slovenia and Moldova. Their four-team mini tournament is scheduled to be staged from 21 to 27 September. Malta is set to host the finals next year.