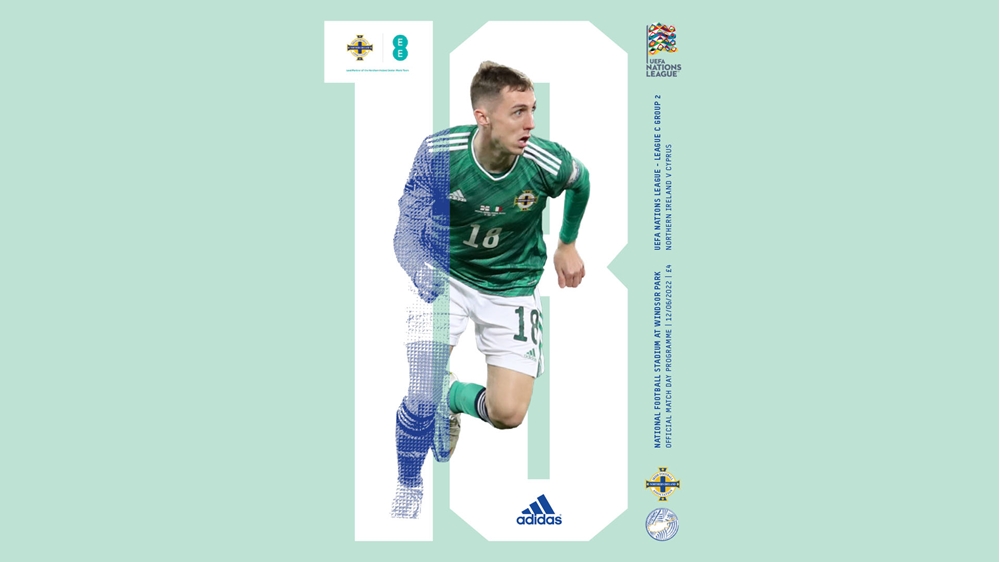 The Irish Football Association has produced a digital version of the matchday programme for this afternoon’s UEFA Nations League match between Northern Ireland and Cyprus.

In the e-publication Northern Ireland manager Ian Baraclough admits it has been a disappointing campaign so far in League C Group 2, but he is confident of success today.

He says: “We expected to have secured more points by this stage, and to have scored more goals. However, there are lots of positives to take from our opening three games, especially the match in Pristina last Thursday.”

The manager further points out: “We knew it was going to be a difficult game against Kosovo. They have had a settled side for the past three or four years, with good players who operate at a high level. However, we managed to create lots of chances in Pristina. In fact we had more attempts than the Kosovans. They had 10 and we had 11. And that bodes well for the future.

“Something else that bodes well for the future is how the debutants over the past week performed. Shea Charles has shown us he is a real talent, while Brodie Spencer has also been excellent. And Conor McMenamin has proved once again that players in the NIFL Premiership can make an impact at international level.

“We know this is a transitional period for the squad but we are blooding new players and giving players important experience on the international stage.

“In the final quarter of the game in Kosovo we played really well and I have no doubt that if we can reproduce that kind of form against Cyprus today then we can get a positive result.”

The digital programme further includes an in-depth look at the opposition plus much, much more. It is available by clicking here.

The print version of the programme will be on sale at the game, priced at £4 (cash only).