Northern Ireland Under-21s fell to a crushing six-goal defeat to Spain in their latest Euro 2023 qualifier at Inver Park.

Spain's intent was signalled as early as the opening minute when Bryan Gil saw an effort from the edge of the six-yard box well batted down by keeper Dermot Mee.

Another effort followed soon after, but Northern Ireland had a chance of their own on seven minutes when Terry Devlin intercepted the ball outside the area only for his effort to be brilliantly saved by Arnau Tenas.

The visitors came close again on nine minutes through CD Mirandes striker Riquelme but he could only hit the woodwork.

Spain moved in front midway through the first half through Abel Ruiz with a bullet header past Mee from the right side of the box after he rose highest to meet Miranda's sweeping ball from outside the area.

Ruiz, who clocked up 28 appearances last season for Sporting Braga, almost added a second soon after only to caress the ball the wrong side of an upright from just inside the area.

Riquelme then came within a whisker moments later with another effort off the woodwork, before hitting the post once more just after the half-hour mark.

And remarkably the visitors hit the crossbar once again almost straightaway with Ruiz this time offering up a sweeping right-foot effort from the edge of the area.

However, Spain well and truly found their shooting boots after the break.

They doubled their advantage on 50 minutes through Bryan Gil who got past the offside trap to run onto a through ball to beat Mee from an acute angle at the left post.

Gil then added a third just after the hour when Rodri found him unmarked at the back post before, three minutes after that, a sweeping move from the back ended with Riquelme touching the ball off for Miranda to fire home from the left side of the area.

Not content with that, the visitors extended their lead further still with around a quarter-of-an-hour remaining when Riquelme finally got his name on the scoresheet following a run and finish down the left.

The scoring was completed with three minutes to go courtesy of Malaga defender Victor Gomez with a tap-in after Sergio Camello's initial effort came back off the post.

To their credit, Northern Ireland never stopped battling through and almost grabbed a stoppage time consolation through Barry Baggley who produced a terrific diving save from the Spanish keeper with a thumping drive from outside the area.

John Schofield's side conclude their campaign on Tuesday night away to Lithuania. 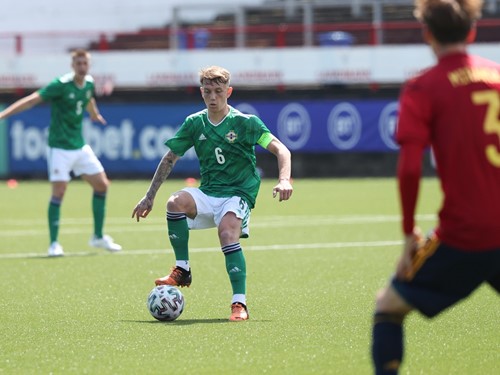 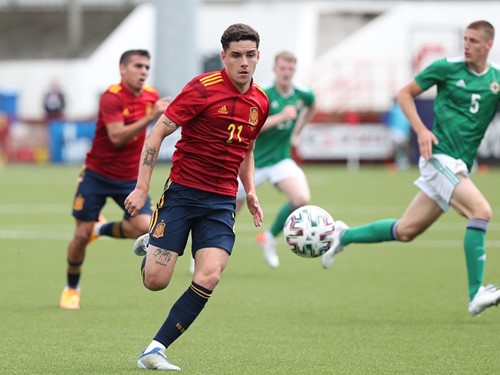 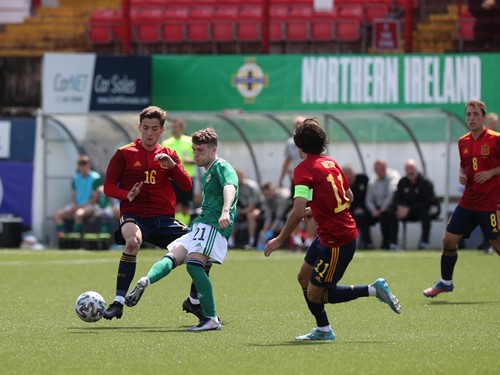 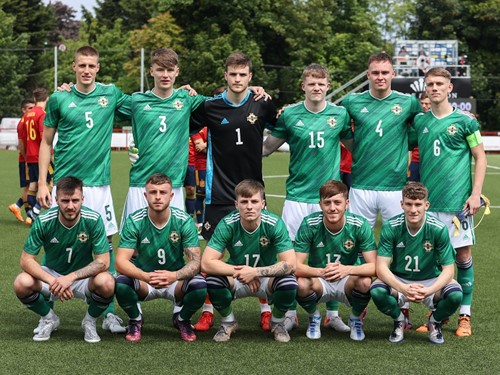 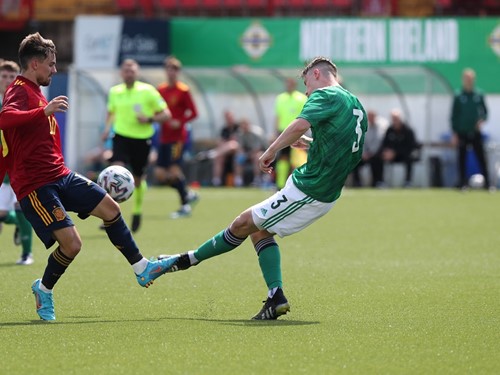 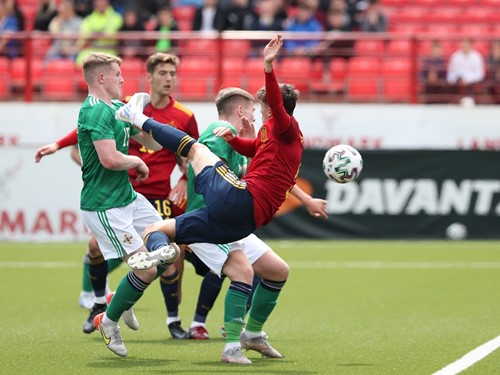