The final instalment of the four-game series comes today when Northern Ireland face Cyprus at the National Football Stadium at Windsor Park (2.00 start).

Both Baraclough and Davis admitted results have not gone to plan so far but insisted there is a determination within the ranks to end the country’s 13-match winless run in the Nations League.

To date Northern Ireland have lost 1-0 to Greece at home and 3-2 to Kosovo away in League C Group 2. And last Sunday they could only manage a goalless draw against today’s opponents at the AEK Arena in Larnaca.

Baraclough told media yesterday that he understands the criticism being levelled at him following the poor run of results.

But he insisted there were lots of positives to be taken from the three games, not least the performances of Shea Charles, Conor McMenamin and Brodie Spencer, who have all made their senior debuts during this international window.

Davis told the media there is a determination within the squad to end the four-game run on a high.

He said: "I think we just need to focus. I think for the senior players within the squad, we need to take massive responsibility. We haven't been happy with the results and some of the performances within the games.

"I certainly think there are positives we can take from Kosovo, certainly after going 2-0 behind and the disappointment. It would have been very easy to let our heads drop, especially off the back of the two previous results and not getting what we wanted, but we showed the crowd we want to keep doing the right things, we got a couple of goals. 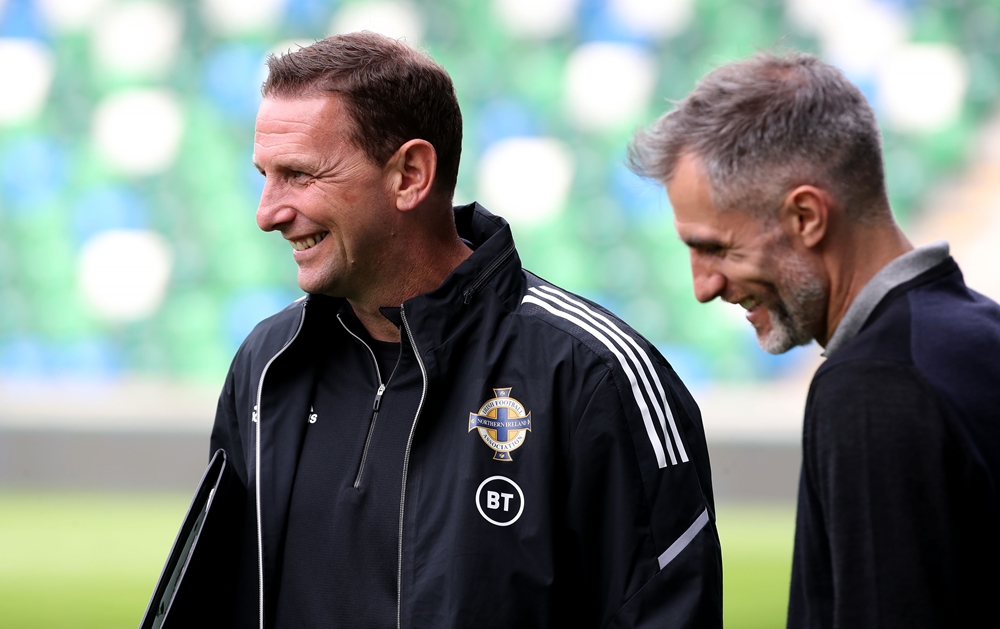 "Obviously it was not enough in the end but we just have to remain together, believe in the quality we have.”

Baraclough will be without midfielder George Saville for the game against the Cypriots. He has withdrawn from the squad due to injury.

However, defender/midfielder Paddy McNair will be back after missing the match against Kosovo through injury.

Like Northern Ireland, Cyprus have only collected one point from three matches so far. They lost 2-0 to Kosovo at home and 3-0 away to Greece. Sandwiched in between was the 0-0 draw against the boys in green and white.

However, in all of those games they created chances, and Baraclough insists Northern Ireland will have to be wary of their counter attacks.

Kostakis Artymatas plays an important role in Cyprus’ counter-attacking approach, sitting deep in midfield, shielding the Cypriot back three and looking to play the ball quickly to more attack-minded players when he wins possession.

Many of Cyprus’ attacks are constructed in wide areas and many end with low crosses into the opposition penalty area. The tricky Marinos Tzionis usually holds a position on the left wing but will also drift infield to occupy pockets of space.

Tzionis, who somewhat surprisingly only came off the subs bench in the game against Northern Ireland in Larnaca last Sunday, is the man Cyprus usually rely on to make things happen from an attacking perspective.

Dimitris Christofi, who captained Cyprus against Northern Ireland last weekend, is the most experienced player in the squad with 63 caps to his name. He is a canny forward.

There will be a minute’s applause at today’s game in honour of former Northern Ireland boss and player Billy Bingham, who passed away on Friday. The players will also be wearing black armbands in his memory.