Northern Ireland senior women’s team manager Kenny Shiels has made a couple of changes to his squad for this month’s home and away FIFA Women’s World Cup 2023 qualifiers against North Macedonia.

Shiels’ side are away to the Macedonians first - on Thursday 25 November - with the game being staged at the Football Federation of North Macedonia Training Centre in Skopje.

And then it’s back home for the second meeting. That encounter is on Monday 29 November at Seaview and all tickets for the game have already been sold.

The Northern Ireland senior women’s team boss has gone with his usual blend of youth and experience in his 23-strong panel for the matches in Skopje and Belfast. 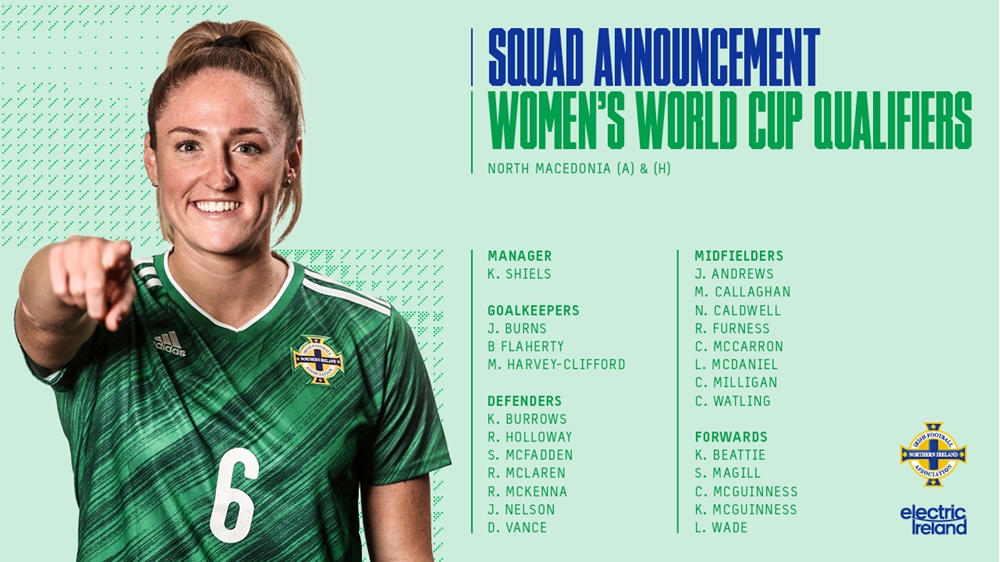 And Crusaders Strikers defender Rachel McLaren, who was Holloway’s replacement in October, retains her place in the squad.

Also back in the panel is Cliftonville Ladies striker Caitlin McGuinness, who missed out last month.

Missing out this time are Southampton Women defender Laura Rafferty and Crusaders Strikers striker Emily Wilson, who is injured.

Northern Ireland currently lie third behind England and Austria in European Qualifying Group D. They have seven points from four qualifiers to date. North Macedonia are in fourth place in the six-team group with three points from four matches.

The girls in green and white began their quest for a place at the Women’s World Cup in 2023 – it is being hosted by Australia and New Zealand – with a 4-0 win over Luxembourg in Larne followed by a 4-0 victory over Latvia in Belfast back in September.

Last month they were defeated 4-0 by the group’s top seeds, England, at Wembley and then drew 2-2 with Austria at home.

The Northern Ireland Women squad for the World Cup qualifiers against North Macedonia is: