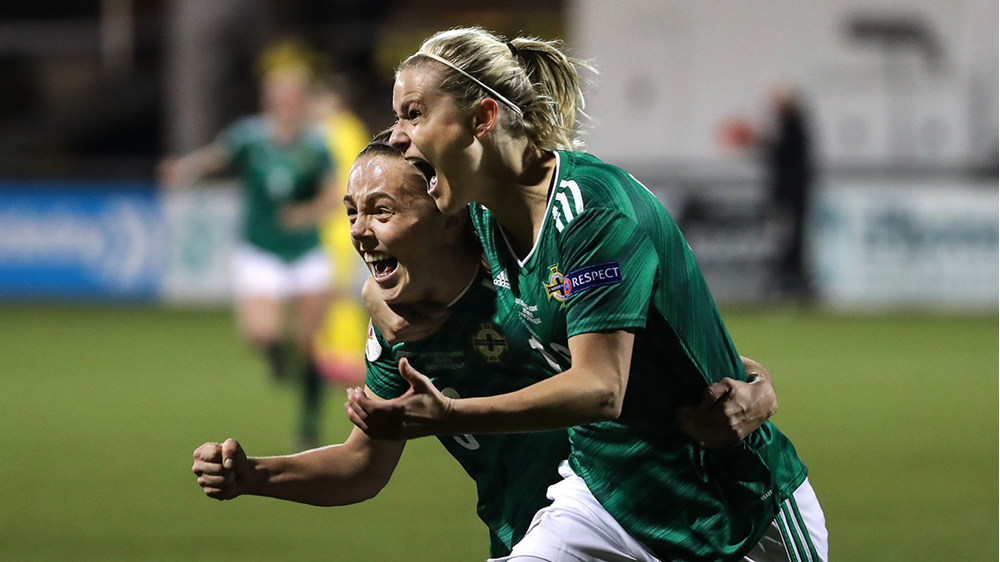 All tickets for the Northern Ireland senior women’s team’s match against North Macedonia in Belfast later this month have been sold.

The ‘sold out’ sign has gone up less than two weeks after tickets went on sale for the FIFA Women’s World Cup 2023 qualifier at Crusaders’ Seaview stadium on Monday 29 November (7pm start).

The game at Seaview is set to be staged four days after Kenny Shiels’ side take on North Macedonia in Skopje. 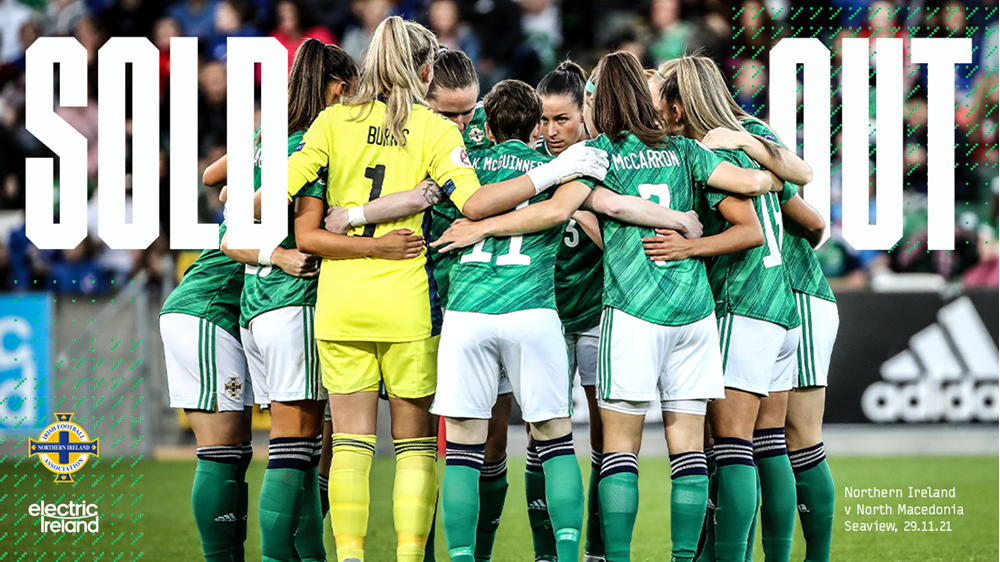 Shiels’ side are favourites to win home and away against the Macedonians, although the Northern Ireland senior women’s team boss and his players will not be taking anything for granted as they prepare for the two encounters.

Northern Ireland currently lie third behind England and Austria in European Qualifying Group D following their 2-2 draw with Austria at Seaview last month. They have seven points from four qualifiers to date.

North Macedonia are in fourth place in the six-team group with three points from four matches. They got off the mark in Group D when defeating Latvia 4-1 away last month.

Their star player is striker and captain Natasa Andonova, who plays for Levante in Spain. The only other player in their squad to play outside North Macedonia is forward Eli Jakovska, who is on the books of Bulgarian side Lokomotiv Stara Zagora. Defender Katerina Mileska is the most experienced member of the North Macedonia panel, with over 40 caps under her belt.

Northern Ireland are currently ranked 48th in the world, while the Macedonians sit at 131 in the FIFA Coca-Cola Women’s World Ranking.