Northern Ireland’s Under-17s drew 2-2 with Albania in an entertaining Euro qualifier in Belfast this afternoon.

After losing narrowly to Scotland (3-2) in their opening group match and 2-0 to Italy in game two, Northern Ireland deservedly picked up a point in their final match in Group 12 of the UEFA Under-17 Euro 2022 preliminary round.

It was a pretty even affair as both teams enjoyed decent spells of possession. Albania edged the first half, while Northern Ireland were the better team after the break.

Northern Ireland’s goals were scored by Leon Boyd and Omari Kellyman, both of whom worked their socks off going forward.

Gerard Lyttle’s team, showing five changes from the one that started against Italy at the weekend, took time to gel as Albania started brightly at The Oval.

However, the first clearcut chance fell to Northern Ireland striker Ethan Sousa, whose well-struck drive was pushed around the post by Albania keeper Klevi Totoshi.

Albania then pushed forward and midfielder Kasa Samuele and striker Skerdi Xhixho both had shots blocked.

On the half-hour mark Albanian attacker Ledia Tresa had an effort on goal, however his diving header was comfortably collected by Northern Ireland keeper Pierce Charles.

On 34 minutes Tresa fired in a cross down the left which was cleverly guided into the net by fellow striker Orsi Ageja from eight yards to make it 1-0 to Albania.

⚽ It's Albania who take the lead as Orsi Ageja puts them one up. #GAWA | Watch live ➡️ https://t.co/J8Iq9qdBEJ ⬅️ Latest: NI 0-1 Albania pic.twitter.com/nYs1HEULSz

As half-time approached Samuele fired over the top when well placed in the area.

Northern Ireland levelled five minutes after the restart. Kellyman wriggled away from his marker down the left and fed the ball to Boyd. His first attempt was blocked, however he made no mistake from the rebound, hammering the ball into the net.

Substitute Ruairi McConville had a shot blocked and cleared behind before Totoshi dived to the ground to smother the defender’s low drive from the resulting corner.

Charles produced a good stop with his feet from Albania substitute Albi Kolechi after he raced down the wing and let fly from an angle.

On 65 minutes Albania took the lead again when, following a delivery from a corner, the ball eventually fell to defender Klevis Haxhari inside the box and he smashed it home.

In the 84th minute Northern Ireland equalised once more. Substitute Luca Doherty delivered a lovely cross to the far post where Kellyman rose highest to nod the ball home.

Minutes later another Northern Ireland substitute, Brendan Hamilton, fired in a free-kick. Koleci stuck out a leg to block it and was relieved to see the ball go out for a corner rather than into his own net.

As the final whistle loomed, Kellyman, who also scored against Scotland in the first group game, fired in a shot which was held by Totoshi, while Boyd fizzed in an effort in added time which flew over the top, but Lyttle’s team could not find a winner.

In today’s other group match, staged at Shamrock Park in Portadown, Italy recorded a 3-0 win over Scotland to top the Group 12 table and go through to the elite round next year along with the Scots. 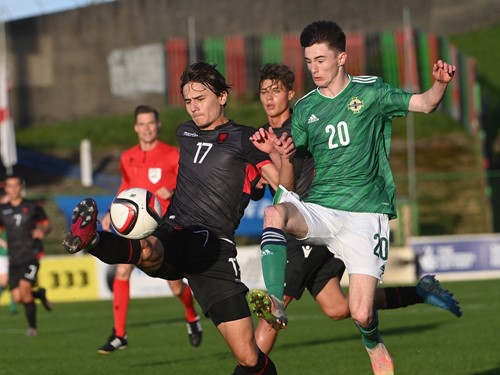 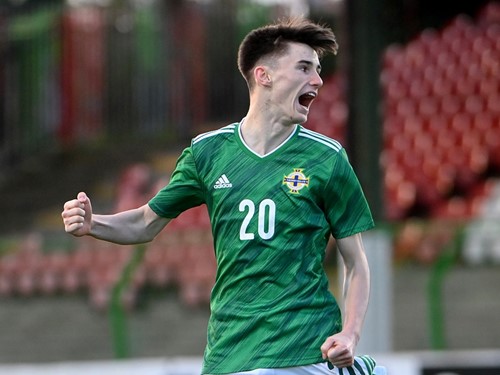 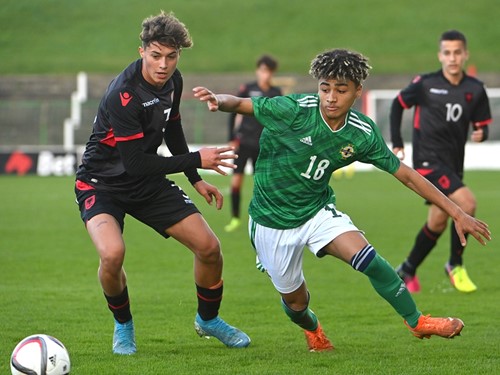 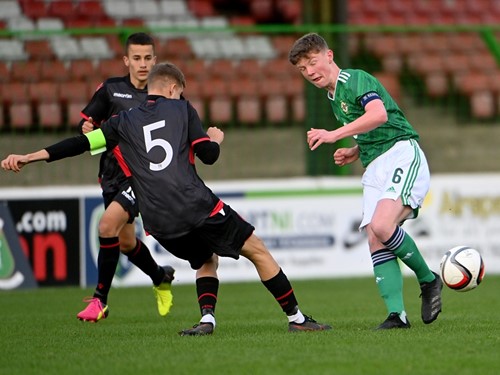 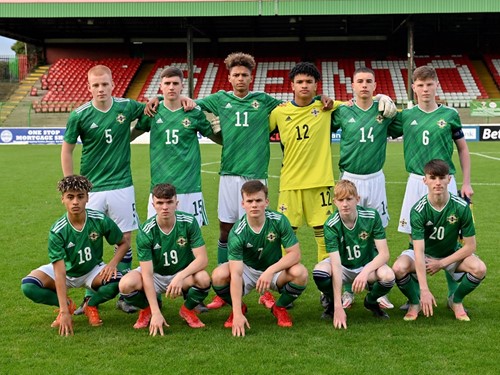 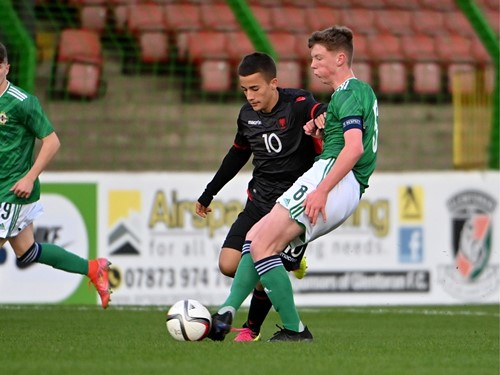 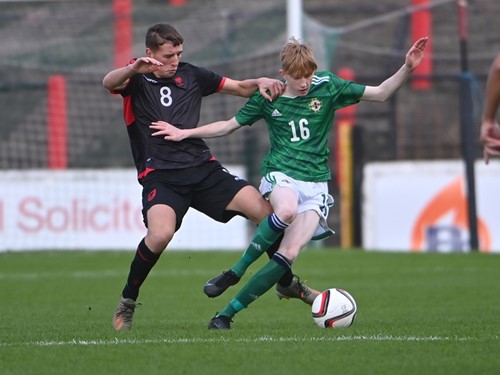 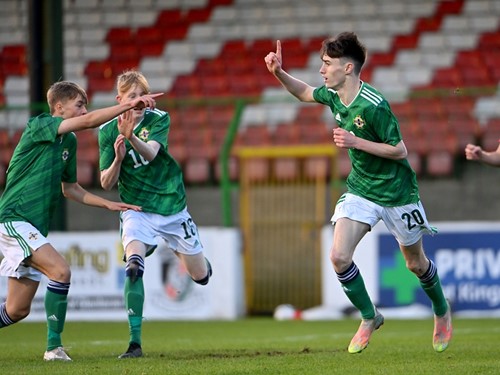 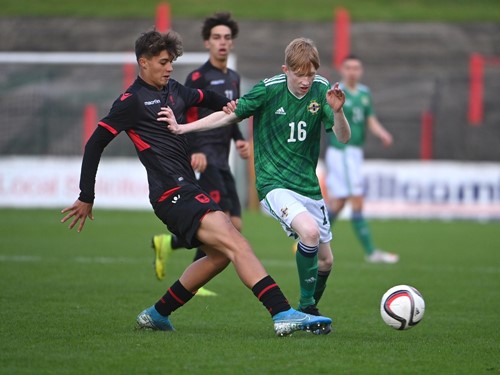 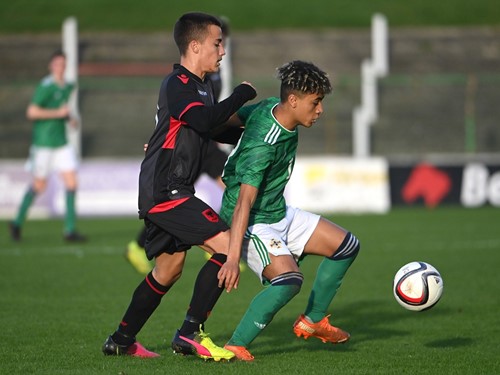 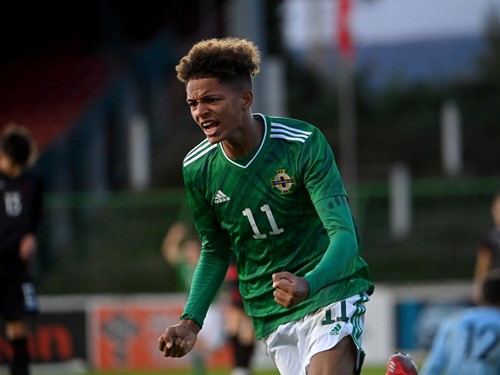