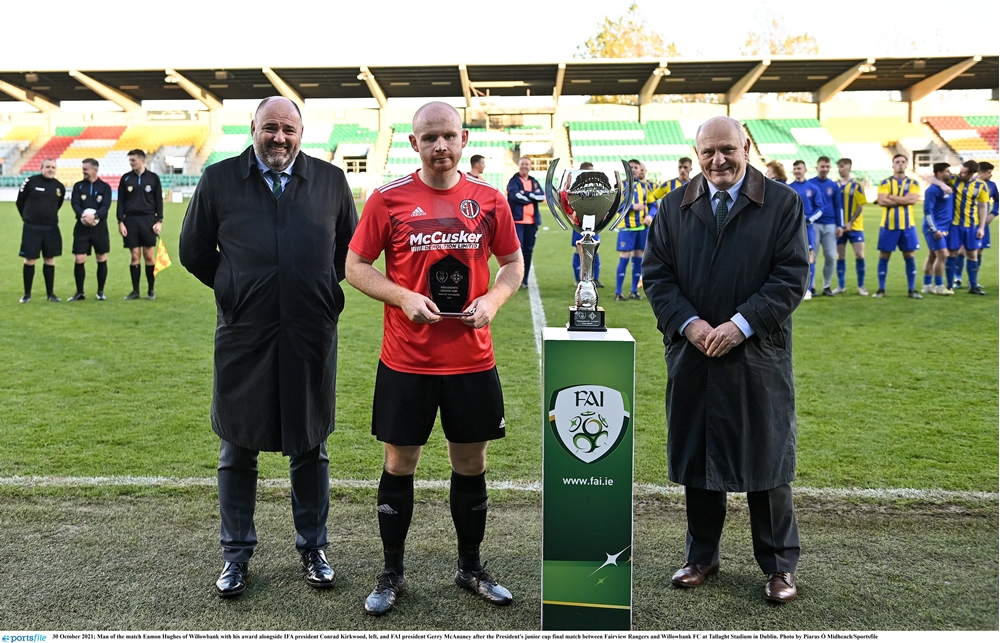 Belfast side Willowbank FC were defeated in a dramatic penalty shootout in the Junior Presidents' Cup final at Tallaght Stadium.

They lost out to Limerick side Fairview Rangers, who came from behind to capture the title after the game initially ended in a 2-2 draw.

The fixture pitted the respective winners of the 2021 Irish FA and FAI Junior Cups against each other in a one-off encounter.

Irish FA President Conrad Kirkwood made the trip down to Dublin at the weekend and joined his FAI counterpart, Gerry McAnaney, as they watched what ended up being a thrilling encounter.

Kirkwood said: “You don’t become the best junior side in the country by accident. It is through hard work and application, which both of these sides have in abundance.

“There was very little to choose between them on the day. Congratulations to Fairview but Willowbank were an absolute credit to the Irish FA and I strongly suspect they will be picking up silverware in the not too distant future.”

Willowbank went into the break with a two goal advantage, with Richard McEvoy firing them in front on 33 minutes and a sublime volley from Pearse Devine doubling the lead five minutes later.

However, Fairview regrouped at half-time and were back in the game four minutes into the second half when Shane Duggan beat goalkeeper Sean Diarmond, shooting low past the keeper.

Willowbank then had a great chance to extend their lead with two of their second half substitutes combining but when Ryan McCabe put Thomas McCreevy clear on goal with a defence splitting pass Savage did well to block the shot and avert the danger.

The final 10 minutes was packed with action as Fairview battled for an equaliser. AJ Moloney and Duggan both were denied by superb blocks from defenders Ciaran Manson and Eamon Hughes, while Duggan powered a low drive just past the post.

Referee Andrew Cleary then indicated there would be six minutes of time added on and this proved to be a lifeline for Fairview as three minutes in Ross Mann popped up in a crowded box to touch the ball home and take the game to a shoot-out.

Fairview keeper Savage was in top form and brilliantly kept out spot kicks from both Ciaran and Gary Manson and then McEvoy to give Fairview defender Steven Bradley the opportunity to seal the win by emphatically despatching the final penalty past Diamond for a famous victory after Duggan and Martin Deady had both converted their penalties. 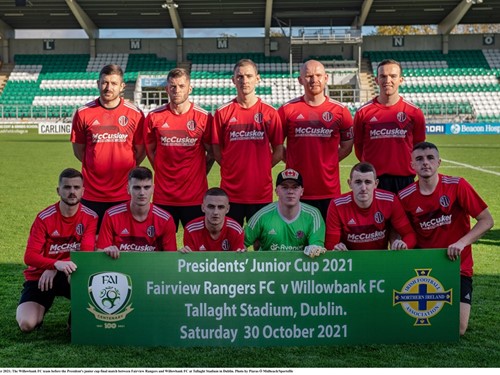 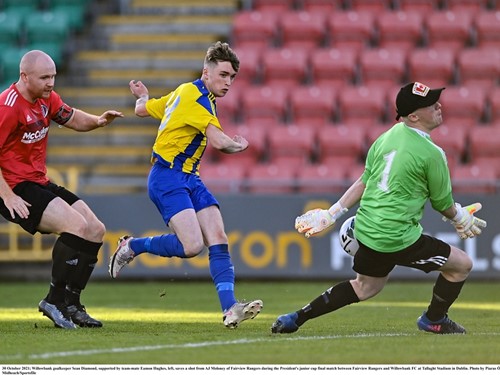 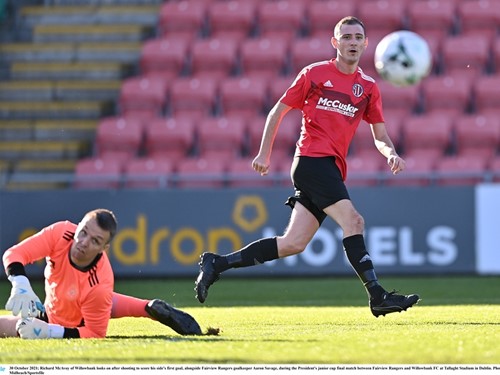 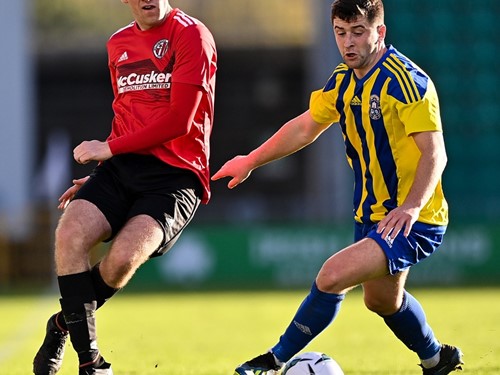 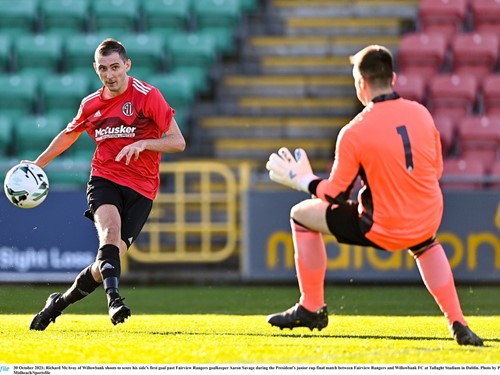 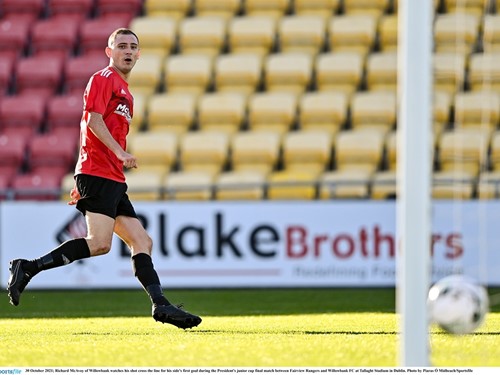 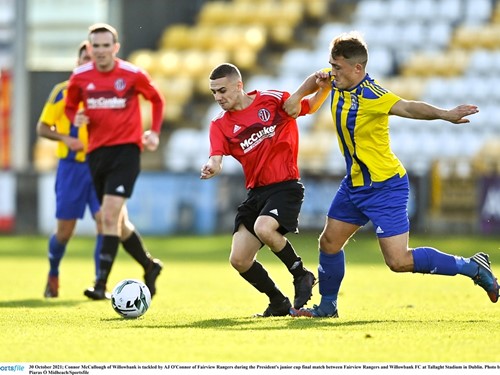 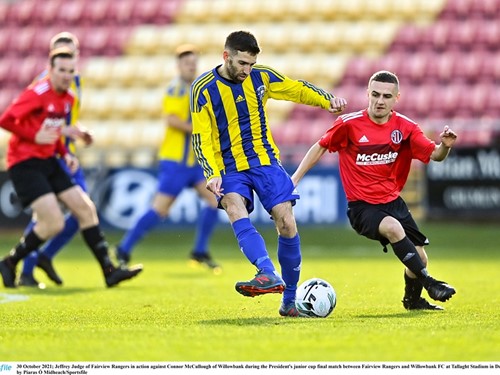 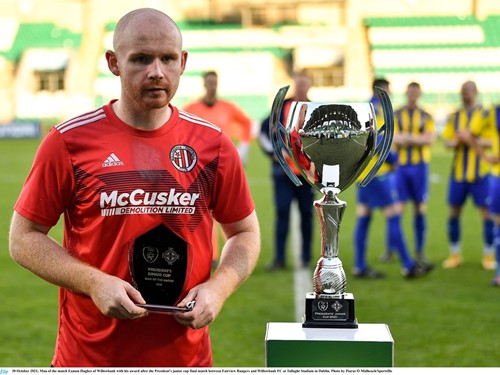 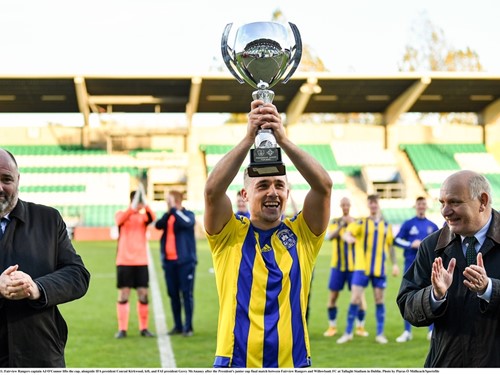 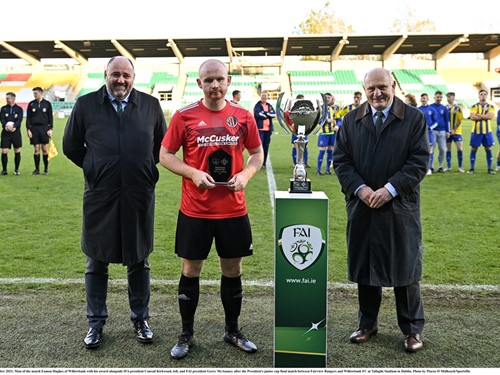