Irish Cup first round draw set to be streamed live 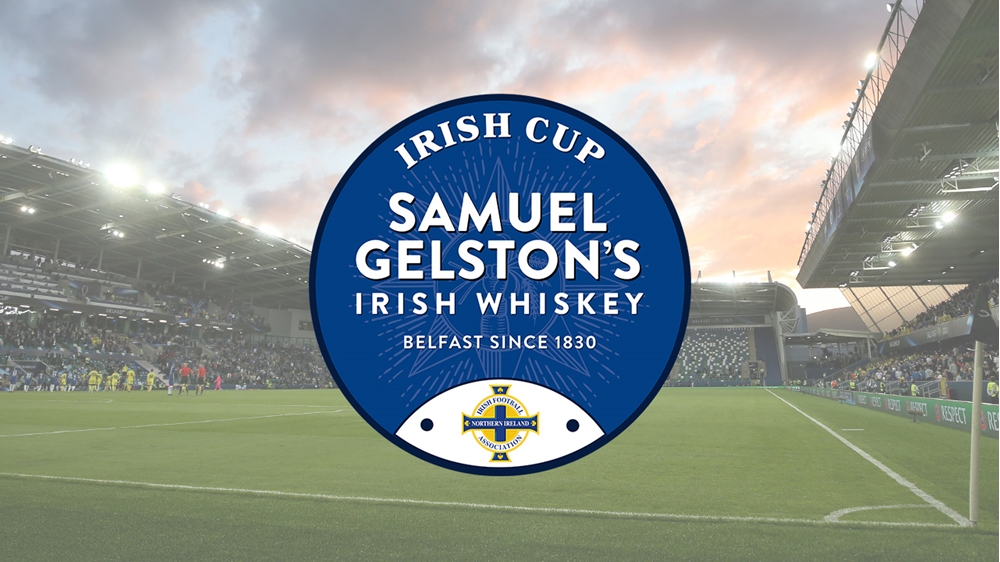 The draw for the first round of this season’s Irish Football Association Challenge Cup is set to be streamed live on Thursday (2 December).

And there will be a new brand name associated with the trophy for the main stages of Northern Ireland’s premier cup competition in 2021-22.

From the first round this season the cup will now be called the Samuel Gelston’s Whiskey Irish Cup.

Founded in Belfast in 1830, award-winning Samuel Gelston’s produces some of the finest malt, pot still and blended Irish whiskeys available, and this sponsorship heralds an exciting era in a rich history that will next year see a new Samuel Gelston’s Distillery in Northern Ireland.

The first round of the Irish Cup is the stage when Northern Ireland’s 24 senior clubs – 12 from the NIFL Danske Bank Premiership and 12 from the NIFL Lough 41 Championship – go into the hat alongside eight teams who have navigated their way through four preliminary rounds.

The draw for round one of the Samuel Gelston’s Whiskey Irish Cup is set to be streamed live on the Irish FA’s YouTube channel, and the association’s related social media platforms, at 12.30pm on Thursday.

Samuel Gelston’s has been part of the Neill family since 1869 when HJ ‘Harry’ Neill acquired the business from the estate of the late founder, and five generations on it still remains in their hands with Johnny Neill now leading this exciting new chapter that includes the Samuel Gelston’s Whiskey Irish Cup.

The Samuel Gelston’s brand is part of the family-owned Halewood Artisanal Spirits stable of brands which also produces Sadler’s Peaky Blinder Lager, the brand name which has adorned the cup since 2019.