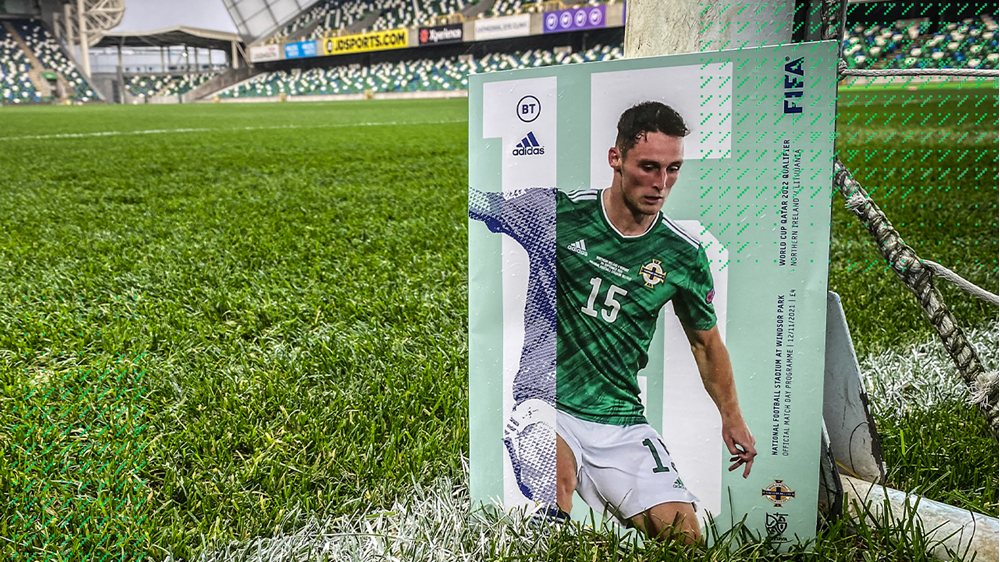 The Irish Football Association has produced a digital version of the matchday programme for tonight’s FIFA World Cup Qatar 2022 qualifier between Northern Ireland and Lithuania.

The e-publication features the thoughts of manager Ian Baraclough as his side prepare to take on the Lithuanians in European Qualifying Group C.

It also contains interviews with Stoke City midfielder Jordan Thompson, who is unfortunately injured for the match, and Hull City striker Josh Magennis ahead of the clash at the National Football Stadium at Windsor Park.

And there’s a special feature on Rotherham United midfielder/defender Shane Ferguson marking his 50th cap for Northern Ireland, which he won against Estonia back in September.

The winners of this year’s McDonald’s Irish FA Grassroots Football Awards are highlighted in the publication, too.

The digital programme includes an in-depth look at the opposition plus much, much more. It is available by clicking here

The print version of the programme will be on sale at the game, priced at £4.