Olympians and Paralympians set for lap of honour tonight 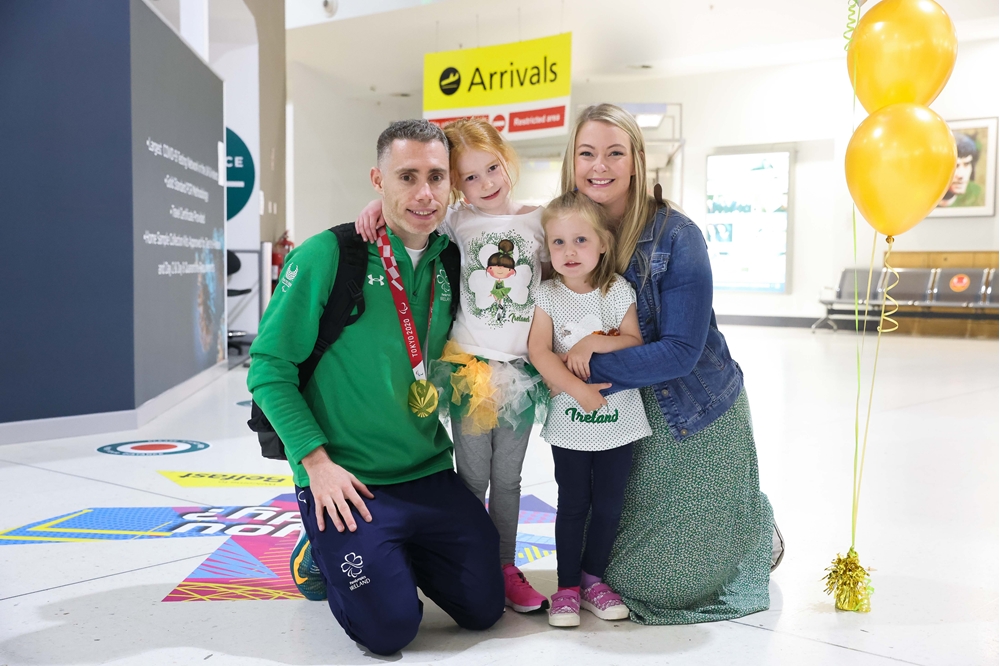 Olympians and Paralympians who support Northern Ireland will be doing a lap of honour during half-time at tonight’s World Cup qualifier at the National Football Stadium at Windsor Park.

And they will be joined on the lap by winners of this year’s McDonald’s Irish FA Grassroots Football Awards.

The special guests include Newtownards gymnast Rhys McClenaghan, who finished seventh in the pommel horse final at this year’s Olympics in Tokyo.

His Ireland team-mate Kurt Walker, from Lisburn, will be at the game, too. Kurt, who was unlucky not to win at least a bronze medal in Japan, has just turned professional with the US-based promotional company Top Rank. The featherweight fighter says winning a world title is now his aim.

Among the Paralympians due to take part in the lap of honour is Jason Smyth, from Eglinton, who retained his gold medal in the 100 metres sprint in Tokyo. The fastest Paralympian on the planet clocked 10.53 seconds as he finished 0.01 ahead of Algeria's Skander Djamil Athmani.

Jason, who runs for Ireland, has won more than 20 gold medals - in both 100m and 200m - in the T13 disability sport classification since winning his first at the European Championships back in 2005.

Claire made history in 2016 by becoming the first person from Northern Ireland to compete at the Paralympics in the sport of boccia. She reached the quarter-final stage of the Mixed Team BC1-2 event in Rio with her GB team-mates.

At this year’s Games in Japan she was also part of the Paralympics GB boccia team who failed to make it out of a tough group which was dominated by eventual finalists China (silver) and Thailand (gold).

Philip Eaglesham, from Dungannon, will also be among the guests. The former Royal Marine has represented Ireland at two Paralympics, including the Tokyo Games, in shooting.

And swimmer Barry McClements has also accepted an invitation from the Irish Football Association to attend the World Cup qualifier against Lithuania.

Comber teenager McClements took part in his first Paralympics Games back in the summer. Representing Team Ireland, he finished seventh in the S9 men’s 100m backstroke final. He also swam a new personal best as he just missed out on a place in the S9 men’s 400m freestyle final by less than a second.

Jahswill Emmanuel (Multi-Ethnic Sports & Culture, Belfast), the Volunteer of the Year, has been invited too along with representatives from Tristar Boys’ FC in Derry-Londonderry, who won the Club of the Year prize.

Mark Emerson (Ballinamallard United, Co Fermanagh), the Wes Gregg Coach of the Year, and Hilbert Willis (Loughgall, Co Armagh), the 97-year-old winner of the People’s Award for Outstanding Contribution to Grassroots Football, are both aiming to be at the match.

And there will also be a representative from McDonald’s Enniskillen, which was named as the Football Restaurant of the Year.

Image:Jason Smyth, seen here with his wife Elise and daughters Lottie and Evie on his return from the Paralympics in Tokyo, will be among the special guests at tonight’s World Cup qualifier at the National Football Stadium at Windsor Park.