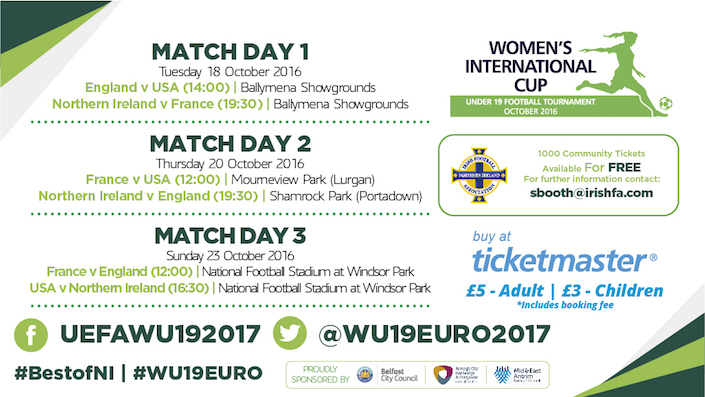 Tickets for next week’s International Women’s Cup are on sale now via Ticketmaster.

The Women’s International Cup will feature three of the powerhouses of the women’s game - USA, England and France - alongside Northern Ireland.

Northern Ireland will warm up for next summer’s UEFA Under-19 Women’s Championship by hosting this mini-tournament across four venues next week.

The round-robin games will be staged at Ballymena Showgrounds, Mourneview Park in Lurgan, Portadown’s Shamrock Park and at the National Football Stadium at Windsor Park in Belfast.

Fixtures for the Women’s International Cup are as follows:

Tickets for the tournament are on sale via Ticketmaster.