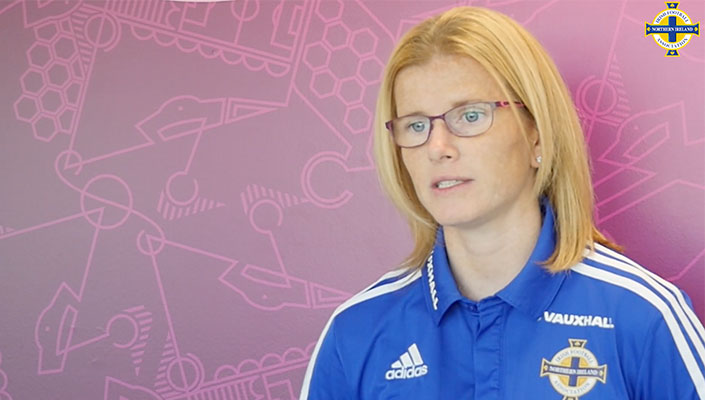 Nelson has played through the youth systems for her country and wants other girls to follow her example, she said: "The first time I played for Northern Ireland was an Under 15 Friendly against Scotland and I worked my way through. I made my senior debut in 2004"

And also believes football has taken her to places she never thought was possible: "I have played in five different countries. I had a scholarship in America when I left school and also played in England Scotland, Iceland and Northern Ireland."

Participants will have the opportunity to work on football skills and teamwork while developing improved resilience and problem-solving skills.

This is an excellent opportunity for girls at your club to improve their football skills, personal development and to make new friends.

For more details, check it out on: www.facebook.com/littlewomenni