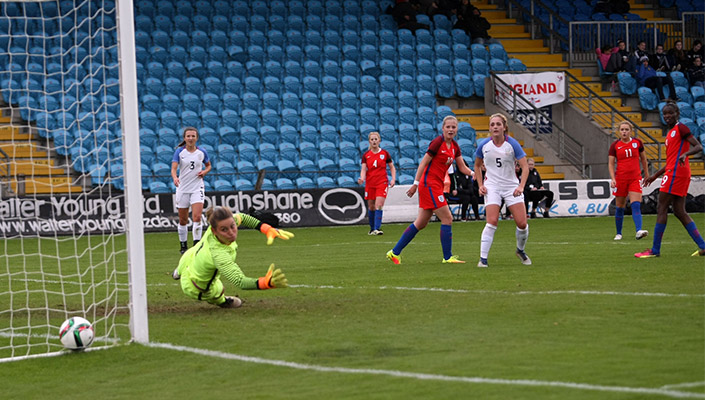 England got off to a great start in the Women’s International Cup as they opened the tournament with a 2-1 win over the USA.

An 75th minute winner from Charlie Wellings was the difference between the teams in an even contest this afternoon at Ballymena Showgrounds.

The US team started the first-half well, looking very comfortable on the ball but were unable to break down a strong England defence.

The deadlock was broken on the 28th minute when the ball fell to England forward Rinsola Babajide who’s pin-point volley from inside the box nestled into the bottom left corner.

Shortly after England took the lead, a USA attack forced back-to-back saves from Sandy MacIver in the England goal to keep the deficit at 1-0.

England had a chance to stretch their lead, as a free-kick from inside their own half from Karlie Paschall fell to Kirstin Davis in the box who’s volley was on target but wasn’t strong enough to trouble McIver in the England goal.

The US team came out stronger at the start of the second half and found their equaliser on 50 minutes. A close range finish from Mireya Grey brought the scores level as the US team looked to capitalise on their momentum.

On 74 minutes England had a great chance to take the lead as winger Chloe Kelly played a great cross across the face of goal but substitute Charlie Wellings was unable to apply the finish.

A minute later England took the lead as Kelly again played a fantastic defence splitting pass to Wellings who finished superbly past Heinsohn into the top corner USA goal.

The England defence stood firm as they held out some late pressure from USA to claim the 2-1 victory. 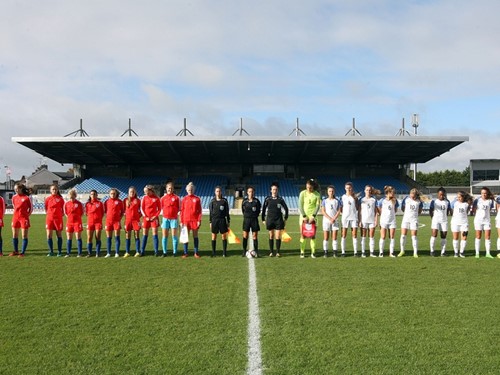 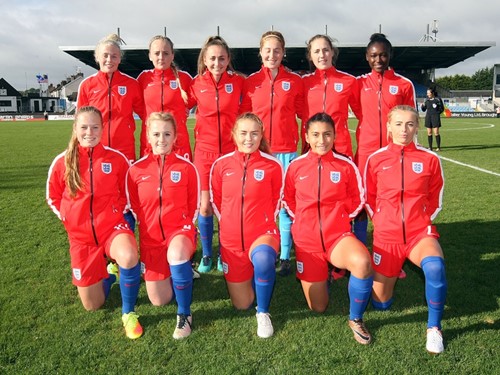 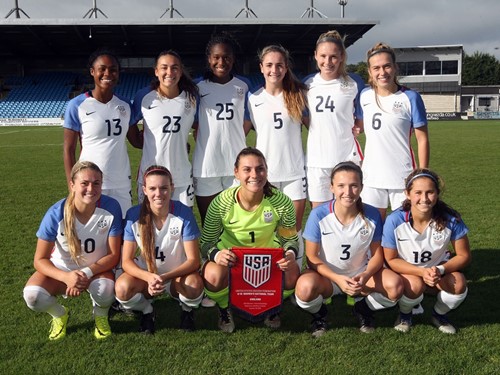 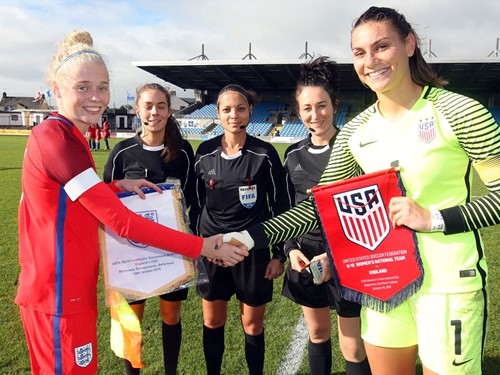 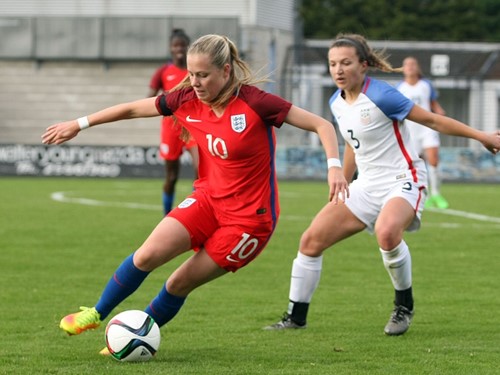 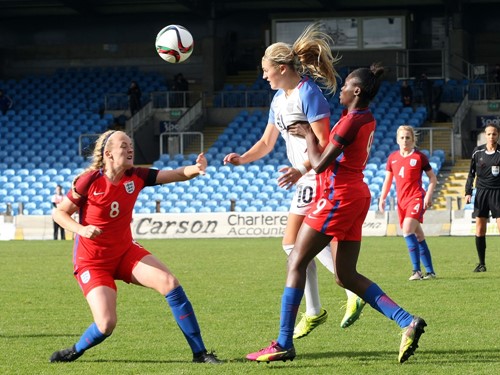 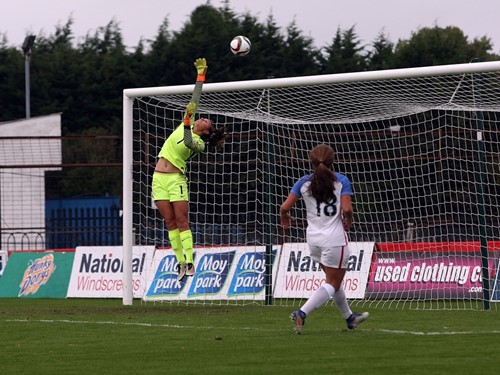 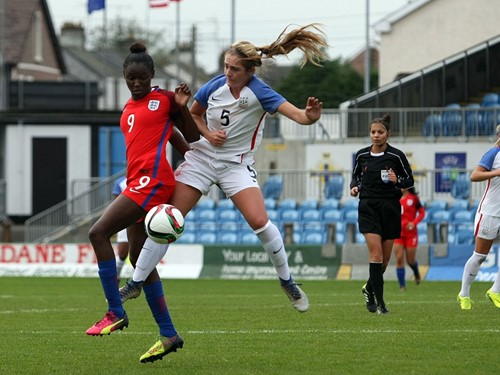 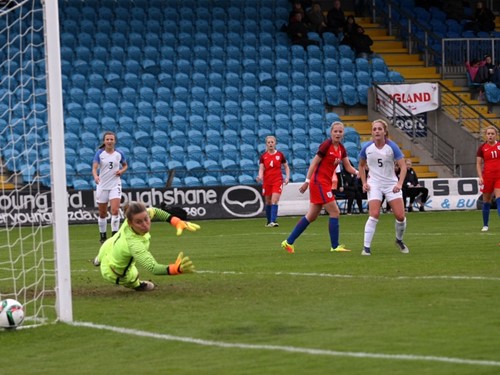 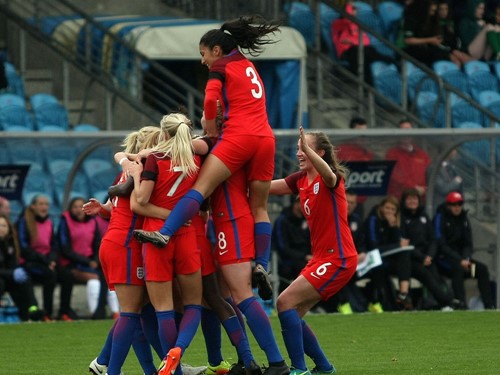 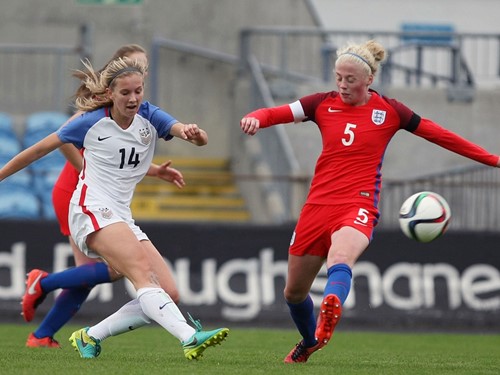 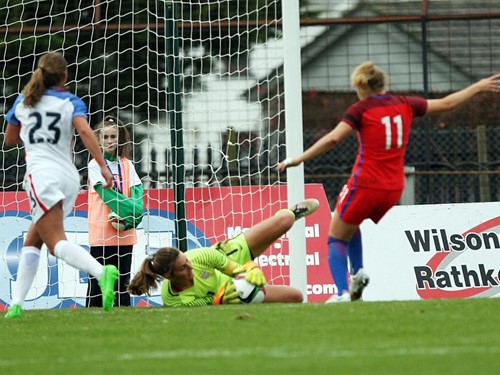 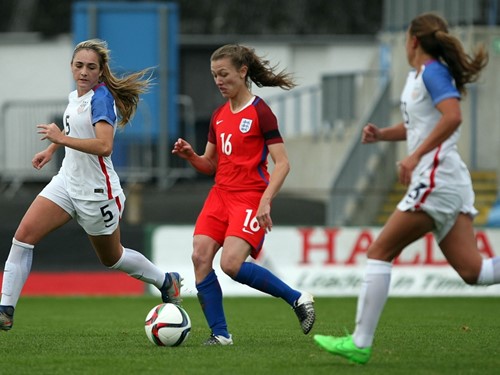 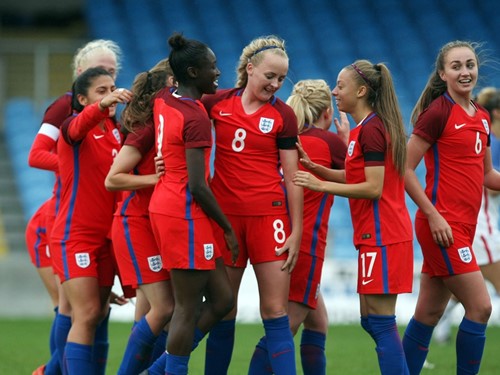 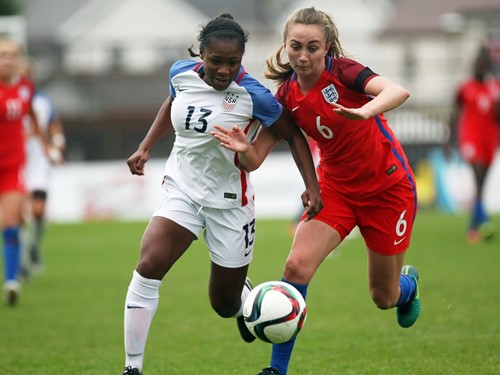