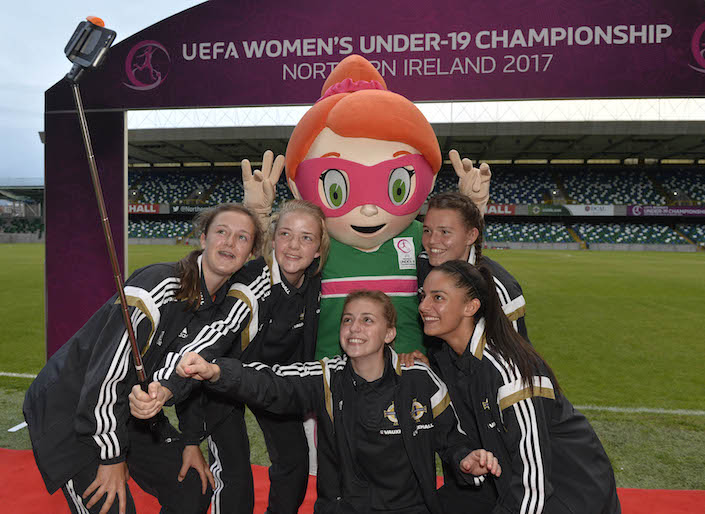 Today marks the countdown of 300 days until Northern Ireland will play host to the 2017 finals of the UEFA European Women's Under-19 Championships.

Eight national teams, including Northern Ireland as hosts, will participate in the prestigious 16 day tournament at venues across the country.

Irish FA Chief Executive Patrick Nelson added: “As part of our Corporate Strategy ‘We’re not Brazil, we’re Northern Ireland’ and our ‘IFA Girls’ and Women’s Football Plan’ we have made an explicit commitment to developing women’s football and we see this tournament as catalyst for growth in the game at a local level.”

In build up to the tournament next summer Northern Ireland will play host to the Women’s International Cup next week, welcoming under-19 teams from the USA, England, France.

Tickets for the tournament are on sale via Ticketmaster.