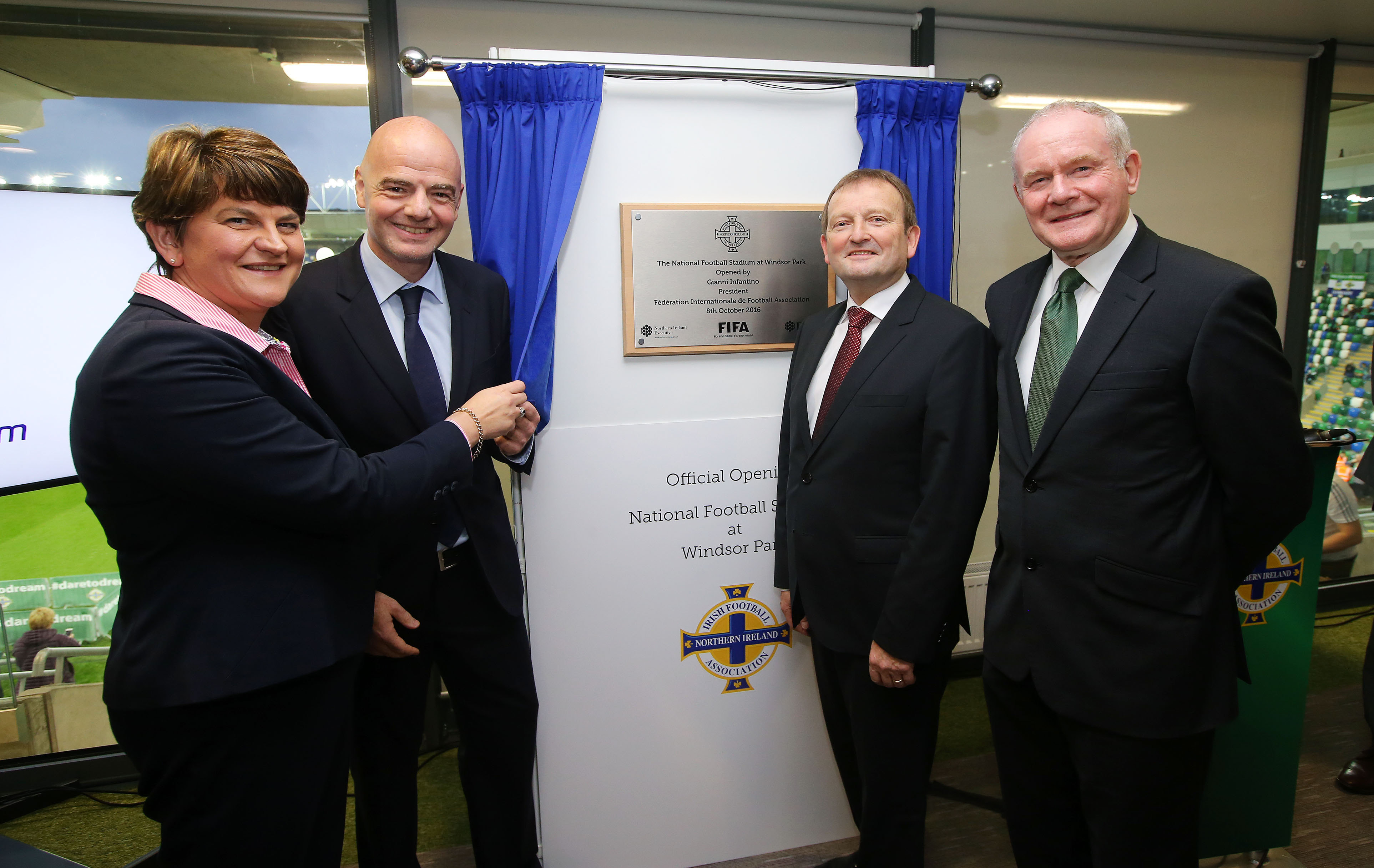 The National Football Stadium at Windsor Park has been officially opened by Gianni Infantino, President of FIFA.

The official launch was staged prior to Northern Ireland’s World Cup 2018 qualifier against San Marino. FIFA President Gianni Infantino said: “With this project the Irish Football Association is both safeguarding its historical legacy and reshaping its football home in a way that fits the country’s needs.

“Windsor Park has been transformed into a compact, world class stadium. It is a smart and sustainable solution, and I am honoured to be here in Belfast to see this project come to life.

“Congratulations Northern Ireland. May the National Football Stadium at Windsor Park be the stage for unforgettable matches and moments for many years to come.”

Irish FA Chief Executive Patrick Nelson said the stadium was a fitting home for Northern Ireland’s involvement in the number one sport in the world.

And he added: “The National Football Stadium is not just a building but a symbol of hope and aspiration for the new Northern Ireland we are all part of.”

The redevelopment project, which took 29 months to complete, has seen three new stands – East, South and West – built at the stadium, while seating in the ground’s existing North Stand has been refurbished and a new covered walkway added.

It will soon feature an education and heritage centre and a store selling Northern Ireland merchandise. The ground is also now the Irish FA’s HQ and houses the offices of both Northern Ireland Football League (NIFL) and Linfield FC.