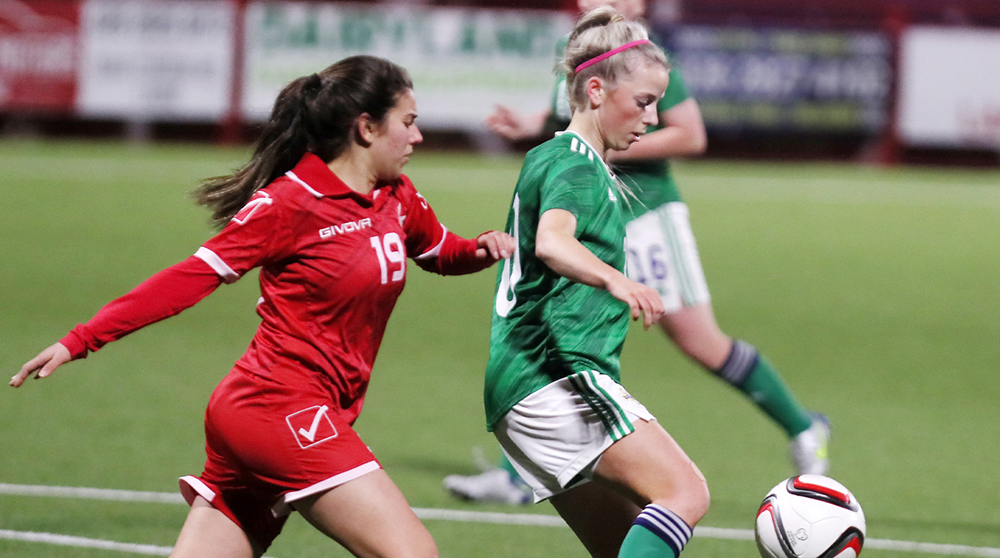 Northern Ireland’s Women’s Under-19s drew 1-1 with Malta in the first of three Women’s U19 Euro 2022 qualifiers being staged over the next seven days.

Alfie Wylie’s side created more than enough chances to win the game at Inver Park in Larne but they lacked the killer instinct in front of goal and had to settle for the draw with Cora Chambers netting for the girls in green and white.

Faroe Islands and Azerbaijan are the other teams in the League B Group 1 four-team mini tournament which is being hosted by the Irish FA.

In blustery and rainy conditions Northern Ireland took the game to Malta.

Striker Eve Reilly had a chance to open the scoring for Northern Ireland in the second minute. Ella Haughey delivered a cross from the left which was met by Reilly who headed wide of the post.

The next chance also fell to the home side. Haughey fired in a free-kick which found striker Darcy Boyle at the back post but she failed to get a good connection and the ball squirmed out.

Northern Ireland captain Fi Morgan lifted a free-kick over the top before Reilly forced a save out of Giulia D’Antuono, who pushed her shot around the post.

Next to try her luck for Northern Ireland was Helen Parker. Reilly fed the ball to her but the midfielder’s lofted shot was easily gathered by the Malta keeper.

Northern Ireland had a let-off on the half-hour mark when Malta striker Kailey Willis hit a long range shot which cannoned off the bar.

Cora Morgan and Chambers both missed the target before Boyle forced another stop from D’Antuono and clipped an effort wide.

However, in their next raid Northern Ireland opened the scoring. Cora Morgan’s low drive was pushed out by D’Antuono and Chambers was on hand to guide it past her into the net.

On the stroke of half-time another chance went begging for the home team. Cora Morgan’s speculative effort from distance drifted well wide of the upright.

Malta equalised against the run of play seven minutes after the break. Lucia produced a stunning strike from an angle to make it 1-1.

Minutes later a looping header from Fi Morgan was comfortably gathered by the visitors’ keeper and then the central defender put a header wide.

Malta’s defence stood firm as the home side continued to press.

On 80 minutes Reilly scooped a shot over the top as Wylie’s side went in search of a winner.

Substitute Kathryn Dickson almost grabbed that winner for Northern Ireland in the first minute of added time. She produced a stinging shot which D’Antuono had to push round the post.

The Malta keeper then did well to pluck a Haughey cross out of the air before she gathered another well hit free-kick from Haughey that grazed the head of Shona Davis.

Next up for Wylie’s side is a game against Faroe Islands at Inver Park on Saturday (7.30pm). The Faroese were beaten 2-0 by Azerbaijan in the other game in the group today.

Their final game is next Tuesday (12 April) against Azerbaijan, and once again the match is at the home of Larne FC. It’s due to kick off at 2pm. 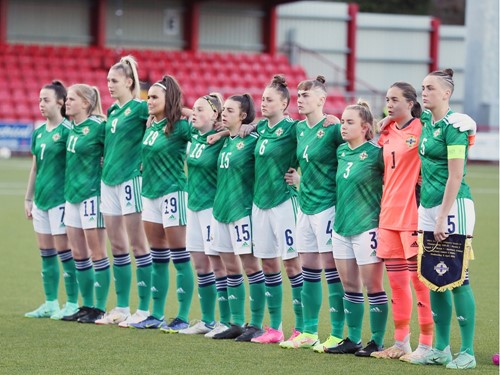 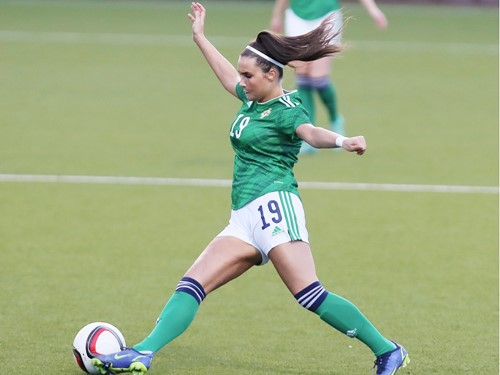 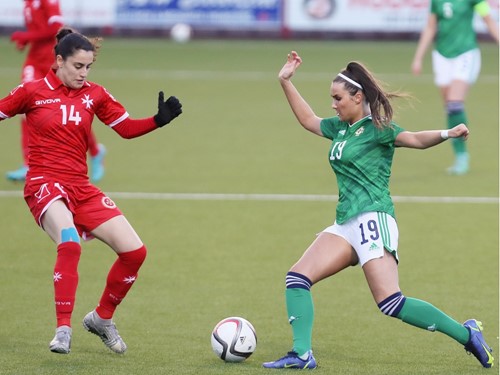 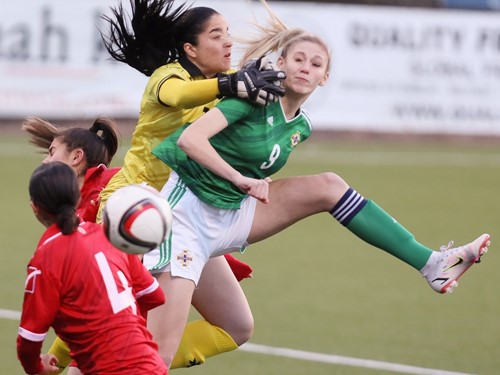 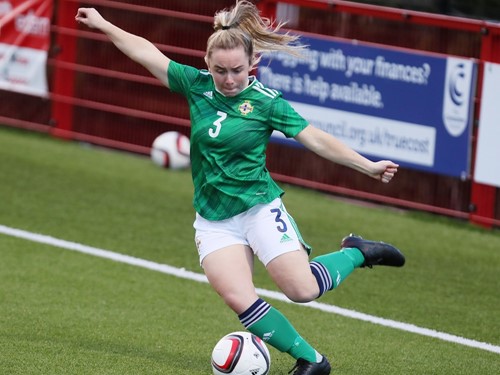 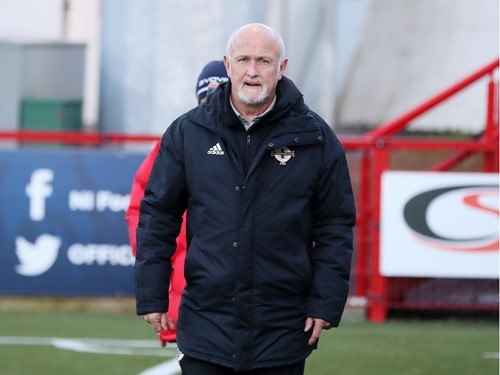 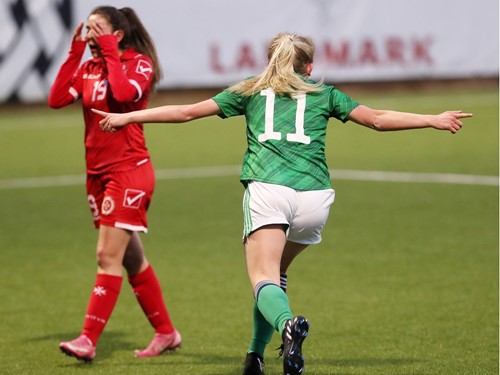 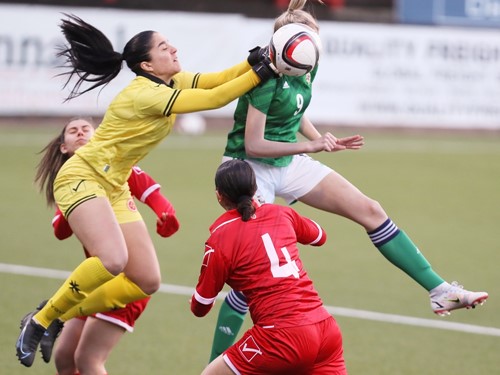 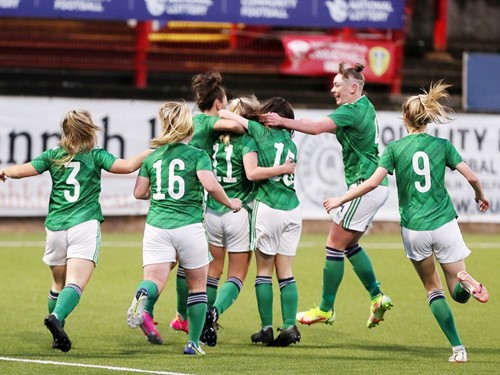 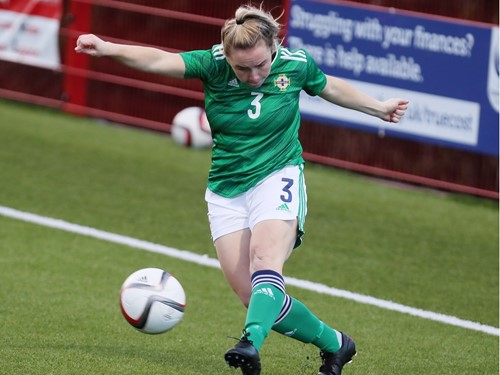 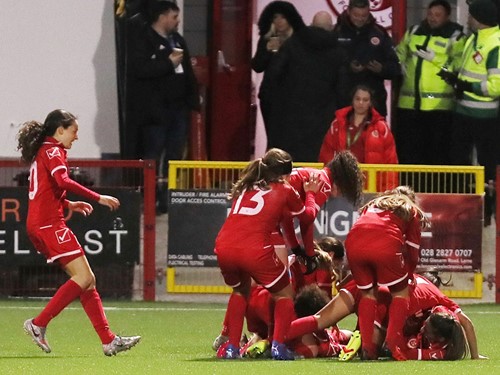 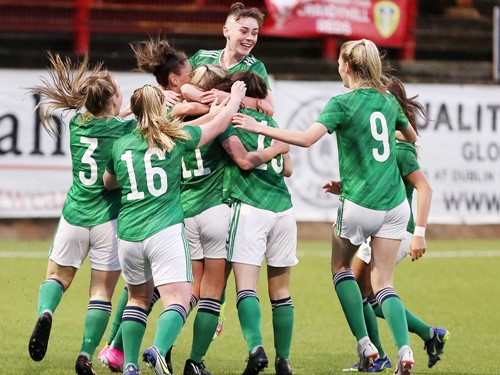 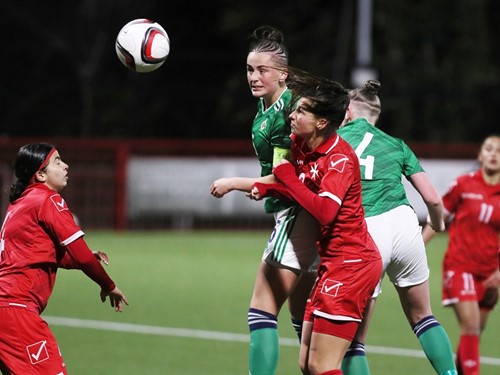 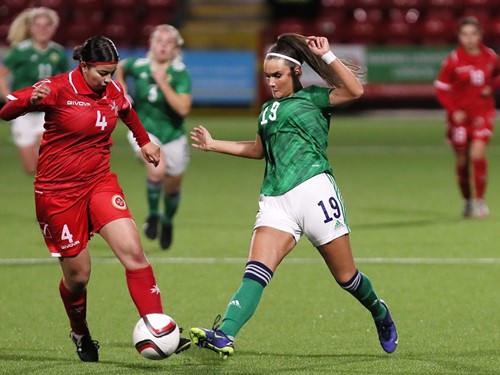 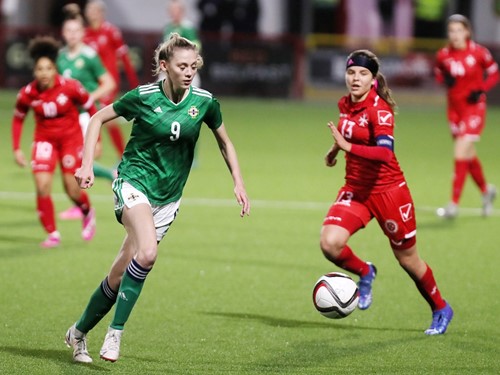 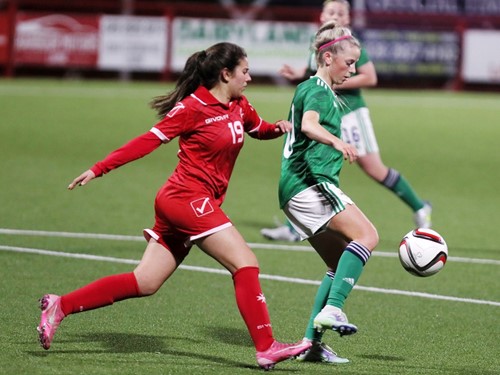 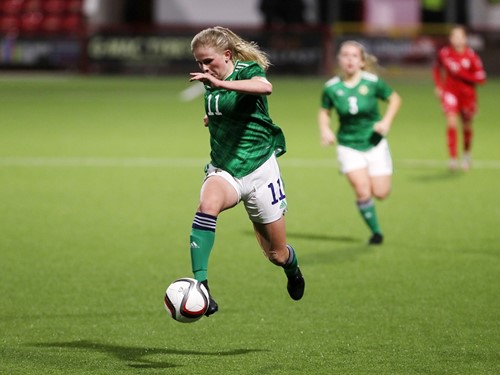 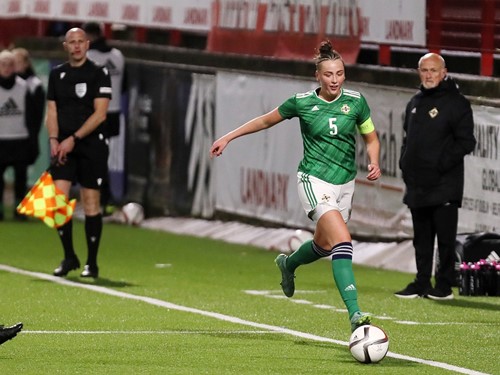 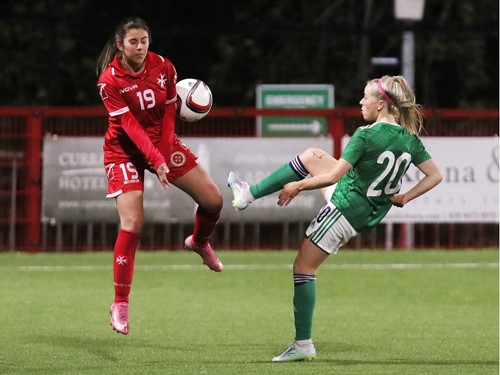