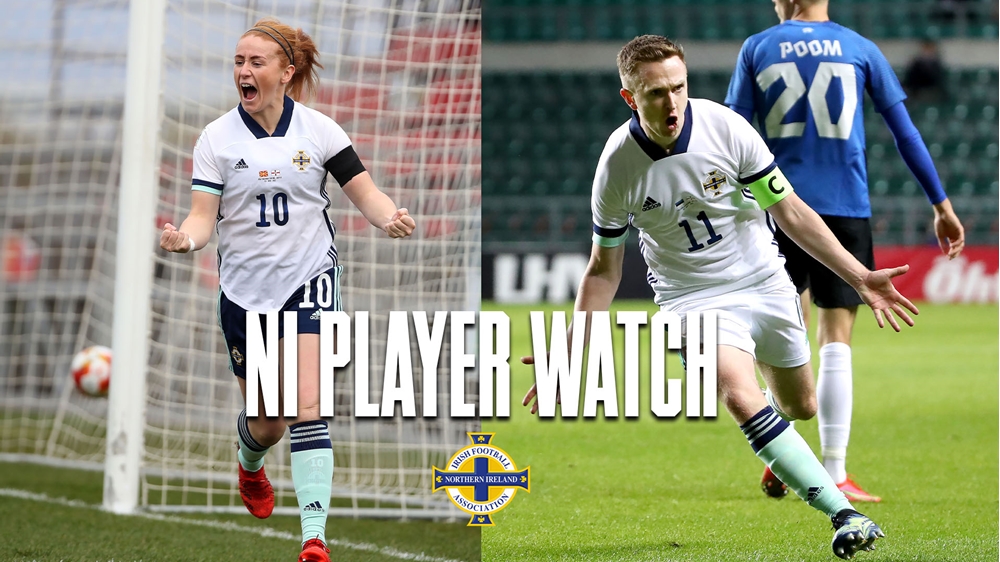 The 33-year-old also provided an assist for the Reds' second goal of the afternoon in what was her 50th appearance for the club since joining them from Reading in December 2019.

Speaking to irishfa.com prior to boarding a flight to join up with the Northern Ireland squad for the upcoming World Cup qualifiers with Austria and England, Rachel said: “It’s an amazing feeling on my 50th appearance for the club to clinch promotion back to WSL.

“It is something we’ve worked so hard for all season. I’m unbelievably proud of all the squad and staff.”

Meanwhile, Kerry Beattie was on the scoresheet as Glasgow City eased into the semi-finals of the Scottish Cup with a resounding 8-0 victory over Stirling University on Friday evening.

In the Premier League in England, Craig Cathcart was an unused substitute as Watford’s woes continued following a 2-0 defeat to Liverpool at Anfield.

Stuart Dallas’ Leeds United were held to a 1-1 draw at home by Southampton, while Jonny Evans made his first start for Leicester City in nearly four months as the Foxes picked up a point in a draw against Manchester United at Old Trafford.

Commenting on Evans’ return to the side, City boss Brendan Rodgers said: “It was very pleasing. Jonny’s obviously just working his way back with 60-odd minutes.

“He had 60 minutes with Northern Ireland as well. That’s good because there’s no other way to get him up to match speed other than to stick him in because we’re not training an awful lot.”

Elsewhere, Shane Ferguson was celebrating winning the EFL Trophy with Rotherham United after the Millers came from behind to defeat League Two Sutton United 4-2 after extra time in the final at Wembley. 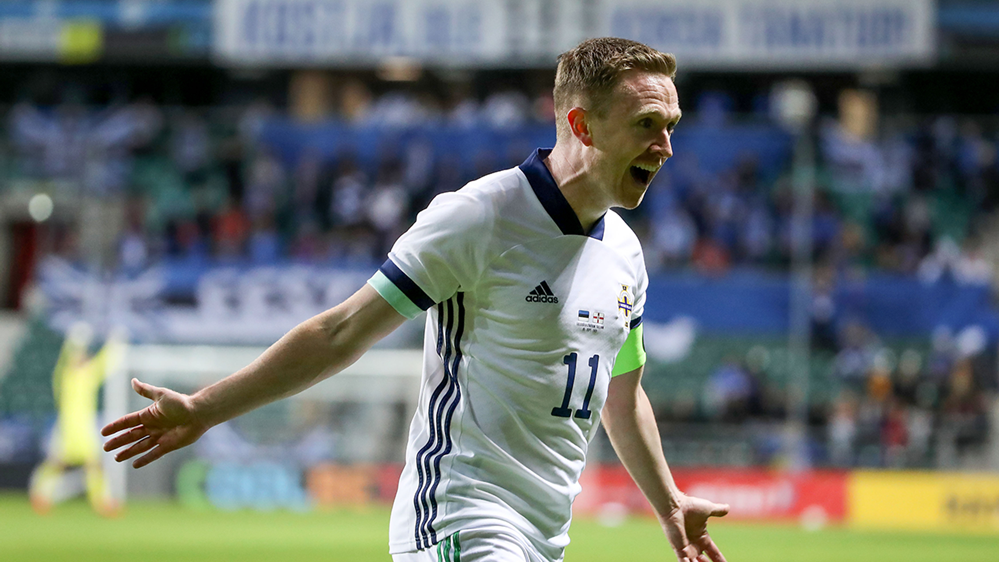 The 30-year-old, who was introduced to the action 10 minutes from normal time, provided an assist from a corner for the Millers’ fourth and final goal and admitted it was a hugely proud moment for him.

“To win a trophy in front of my family, friends and the fans has been brilliant,” he told the club website. “Just to have my family here watching has been emotional and to set up a goal at Wembley is unbelievable.”

On the goalscoring front, Ally Roy chalked up his 11th goal of the campaign as Queen of the South fell to a 3-1 defeat to Raith Rovers in the final of the Scottish Challenge Cup.

In the Scottish Premiership there was a debut for teenage striker Makenzie Kirk, son of former Northern Ireland international Andy, when he came on in the final minute of Hearts' 1-1 draw at Ross County.

Striker Shayne Lavery was used for the final 15 minutes of Blackpool’s 4-1 Championship reverse at home to an ever-improving Nottingham Forest, though there were starts for Stoke’s Jordan Thompson, Millwall duo Daniel Ballard and George Saville and Middlesbrough’s Paddy McNair, who chalked up his third assist of the season in Middlesbrough’s emphatic 4-0 victory at Peterborough United.

In League One Josh Magennis and Dion Charles were both substituted as Wigan Athletic and Bolton Wanderers played out a 1-1 draw at the DW Stadium and Northern Ireland’s latest international, Paddy Lane, played the full 90 minutes as Fleetwood Town ended a run of 13 games without a win with a 3-1 success at Crewe.