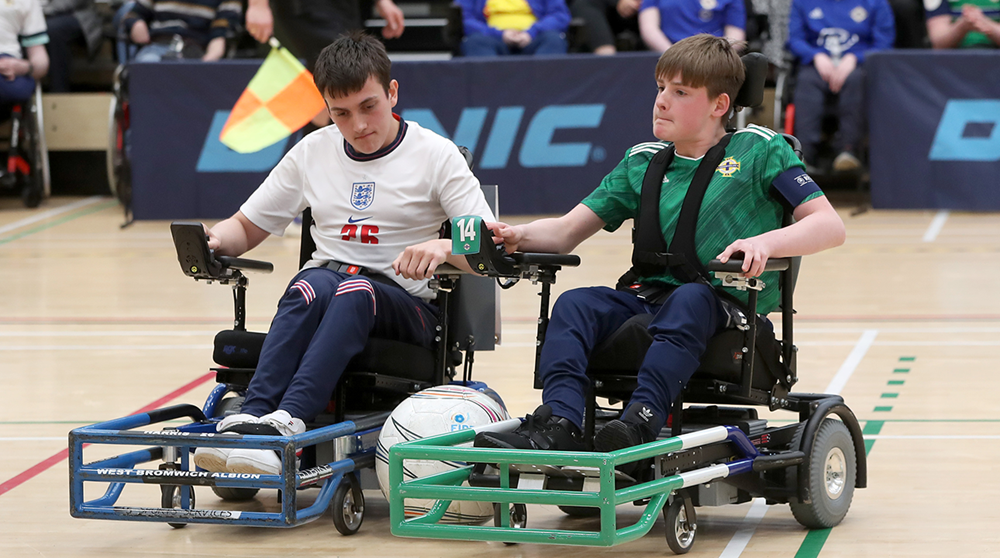 Ards Blair Mayne Wellbeing and Leisure Complex in Newtownards was the venue for the international tournament in which Northern Ireland faced England, Scotland and Republic of Ireland.

The young Northern Ireland team were defeated by a classy England side in the final, however their coach Michael Hilland was delighted with their performances at the weekend.

They began the competition with a superb 3-1 victory over Scotland. Goals from Bryars, McCabe and Thompson secured a well deserved victory.

Next up was a group game against England, who had earlier beaten the Republic 2-0.

England continued their fine form with a 3-0 win. Northern Ireland goalkeeper Ellie Brown was outstanding in thwarting several England attacks. The final fixture on day one saw Scotland and the Republic draw 1-1.

Northern Ireland needed to avoid defeat against the Republic in the first match on day two to reach the final. Despite going behind they kept plugging away and a fast break and great finish from Bryars was enough to secure a 1-1 draw. England then rounded off the group stage with a comprehensive 7-0 victory over Scotland.

In the final England went 2-0 up early on and it looked like it was going to be a one-sided affair, however a great defensive shape and some resolute defending from the young Northern Ireland side steadied the ship and they grew into the game - and caused England a few problems.

England’s class prevailed in the end though and a couple of late goals saw them win the game 4-0. The final scoreline was a bit harsh on Northern Ireland, who played well in the game.

Alan Crooks, Disability Football Development Manager with the Irish FA Foundation, said: “The Northern Ireland team can be proud of their performances throughout the competition. They played with enthusiasm and determination and their organisation and free flowing play was a delight for the large home crowd to witness.

“To finish runners-up is a wonderful achievement in the first competition of this kind to be held in Northern Ireland. The future looks bright as these young players will continue to develop and progress into the senior international panel in due course.”

Northern Ireland’s senior Powerchair team will be in action at the Blair Mayne centre soon as the Newtownards venue is hosting the Senior EPFA Home Nations Cup on 7-8 May.