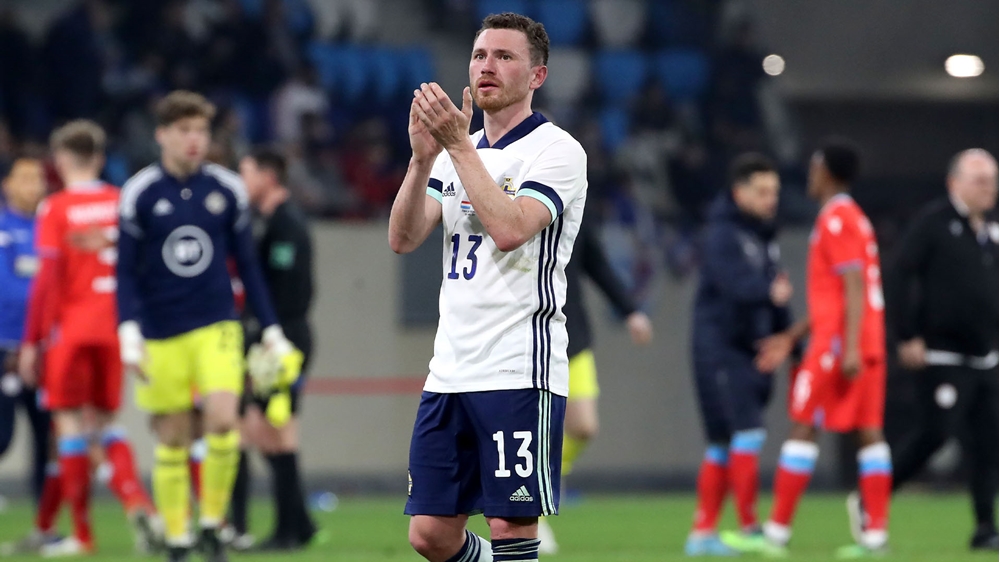 Sunderland skipper Corry Evans opened the scoring for the Black Cats at the weekend as they recorded a 2-1 victory at Oxford United to move into the play-off positions in League One.

It was only the 31-year-old’s second goal of the season, however, prior to Saturday’s fixture, his manager Alex Neil admitted how crucial the midfielder’s overall contribution is to the side.

“Corry is always available for the ball,” explained Neil, “They’re the bits that can go a little bit unnoticed. At this stage of the season, that experience and know-how, that calming influence, can be really important.”

Elsewhere, Kyle Lafferty made it three goals in as many games as Kilmarnock maintained their place at the top of the Scottish Championship with a 2-0 success at home to Dunfermline Athletic.

The Fermanagh-born striker, who was named Championship Player of the Month for March, has now scored eight goals in 12 outings since re-joining the Ayrshire outfit in January.

In League Two, former Northern Ireland under-21 forward Jamie Reid, ended his eleven-game drought when he found the net in Stevenage’s two-goal victory at Colchester United, to give the club their first away success since August.

Meanwhile, in the Premier League, the ever-reliable Stuart Dallas was in the Leeds United team that eased their relegation worries with a resounding 3-0 win at fellow strugglers Watford for whom Craig Cathcart was again an unused substitute.

Midfielder Ali McCann started for Preston North End as the Lancashire outfit dented QPR’s play-off hopes with a 2-1 win at Deepdale, while Paddy McNair’s Middlesbrough also suffered a set-back to their aspirations of a top-six finish following a 1-0 reverse at home to Hull City.

After Boro’s defeat McNair said: “We came into the game confident we could get three points but the all-round performance just wasn’t what it has been here at the Riverside lately.

“Sometimes you’re going to have these results and it’s about how you bounce back from it.”

Stoke City’s Jordan Thompson was absent from his side’s 3-1 success at West Brom after it was revealed he is to miss the rest of the campaign after sustaining an ankle ligament injury last week.

In Finland, goalkeeper Conor Hazard kept a clean sheet after finally making his league debut for HJK in their 1-0 away win at SJK who incidentally had former under-21 midfielder Jake Dunwoody in their starting line-up.

There was a welcome return to first-team action for international skipper Steven Davis who came on as a first-half substitute in Rangers 4-0 win at St Mirren.

It was the 37-year-old’s first game for the Glasgow side since 12 Feb and only his sixth in total since Giovanni van Bronckhorst took over at Ibrox.

In the U18 Premier League in England, Ruairi McConville scored his first goal of the season as Brighton & Hove Albion defeated West Brom 5-1, while former Linfield player Callum Marshall scored his eighth goal in just 12 games for West Ham United who went down 5-3 at London rivals Spurs.

Finally, Josh Magennis weighed in with an assist as League One leader’s Wigan Athletic stayed top of the division following a 3-0 victory over Lincoln City while former Northern Ireland striker Billy Mckay assisted both of Inverness Caley’s goals in the 2-2 draw at Ayr United.