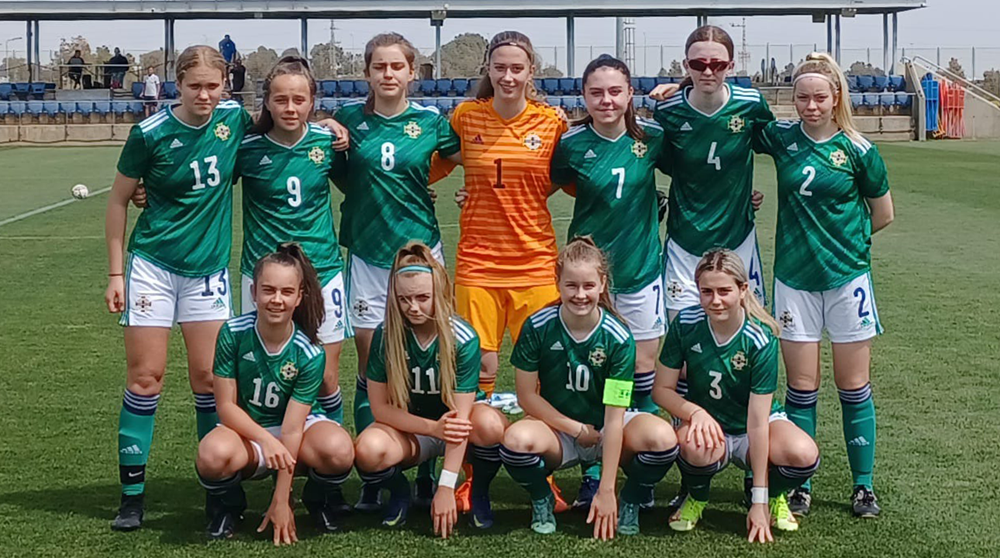 Northern Ireland’s Women’s Under-16s lost 3-0 to Poland in their opening fixture in a UEFA development tournament in Israel.

It was the first of three games for the WU16s development team at Israel’s national team complex at Shefayim over a six-day period.

A slick Polish team enjoyed the bulk of the possession in yesterday’s match and they opened the scoring on 28 minutes when Northern Ireland failed to clear their lines and a Polish player stroked the ball home.

Although Northern Ireland produced some good build-up play at times, the Polish defence were resolute and the Polish keeper was rarely tested.

Northern Ireland conceded a second goal on 72 minutes. Poland launched a quick counter attack which resulted in one of their strikers scoring with a low drive. And right at the death another counter attack led to the third and final goal for the Poles.

Noel Mitchell, who is coaching the development squad, said: “The team battled hard and represented the association well. For many it was their first game at this level so, naturally, a bit of inexperience was a factor.

“These games provide a great learning opportunity for our players. Development is so key for us and although Poland were the better team on the day we take the positives, of which there were plenty.”

Next up for the WU16s in the four-team UEFA development tournament is a game against hosts Israel tomorrow (29 April) followed by their third and final game against Greece on Monday.