The Samuel Gelston’s Irish Cup semi-final between Ballymena United and Newry City will be held on Tuesday night at Mourneview Park, kick-off 7:45pm.

Delayed because of Glentoran's arbitration case, a place against Crusaders in domestic football's showpiece occasion on May 7th awaits the winners.

Darren Mullen's Newry side were reinstated to the competition despite a quarter-final defeat to the Glens, but it was later ruled that the East Belfast club had fielded an ineligible player.

Newry had beaten Ards in the last 16 courtesy of a Daniel Hughes strike just before the break while, in the fifth round, James Teelan and Francis Brennan found the net as City won the 'Mourne Ultimatum' against neighbours Warrenpoint Town.

Indeed, Newry are poised to replace relegated 'Point in the top flight next season. Although not yet mathematically confirmed, Newry are three points clear at the top of the NIFL Championship with just one game remaining.

They do, however, have a much superior goal difference over Annagh United in second place so barring a calamitous turnaround in the final day of the season the club will make their Premiership return.

City almost clinched promotion on Saturday past. They needed just a point away to Ballinamallard United and looked like achieving just that only to be undone by a late penalty.

Ballymena United will be looking to make their second final appearance in three seasons. David Jeffrey's Sky Blues lost the decider in 2020, and reached the semi-finals last season also.

To get to the last four this time around the Sky Blues got past Loughgall and Portstewart with relative comfort before a dramatic quarter-final victory over Larne at The Showgrounds. United trailed 3-1 after half-an-hour before goals from David Parkhouse and Mikey Place forced the game into extra-time and, ultimately, penalties from which Ballymena emerged 4-3 victors.

But, by their own standards, it could be argued the Co. Antrim side had a somewhat disappointing season. After missing out on a place in the top six United also failed to secure seventh spot which would have brought a place in the end of season European play-offs.

However, cup football seems to be Ballymena's particular forte. Since Jeffrey's arrival in 2016 the club have won the League Cup and reached a further five finals in that time so will fancy their chances of adding to that number but they will be very aware of their opponents who will be striving to make it a week to remember for the border club. 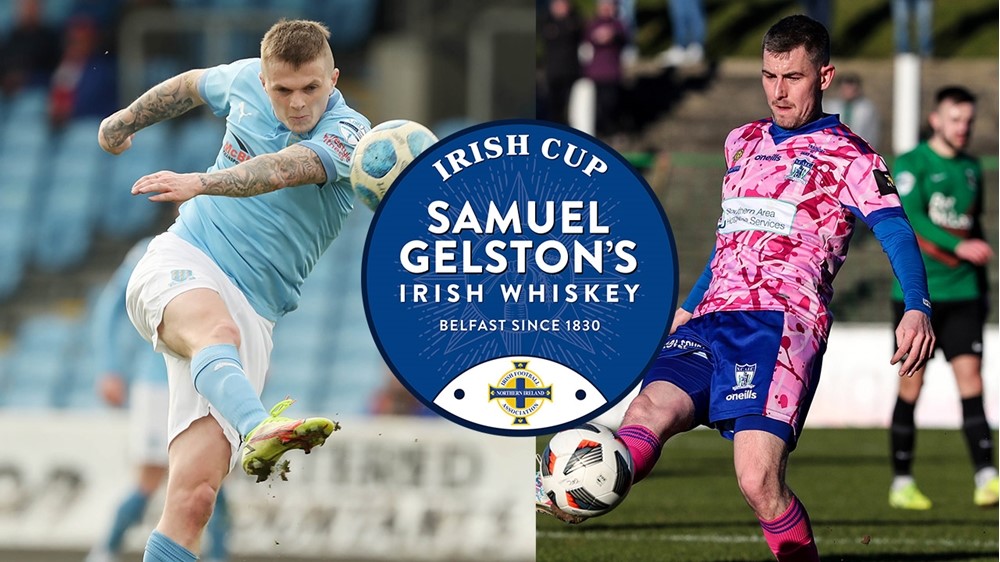