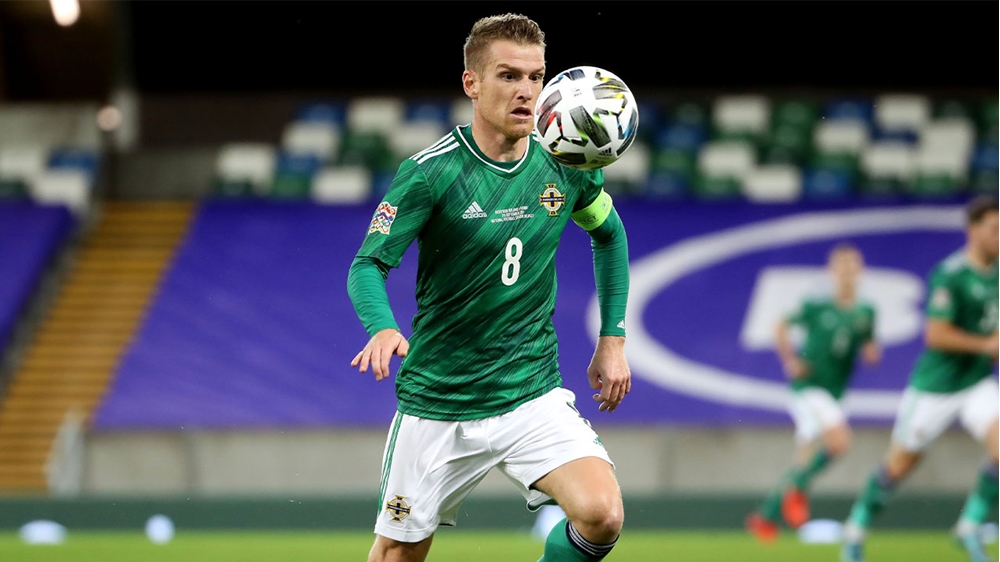 The 37-year-old, who came on as a substitute in the 75th minute to reach his historical milestone, produced another majestic display as Giovanni van Bronckhorst’s side came from a goal down to defeat their Old Firm rivals 2-1 after extra time to set up a 21 May showdown with Hearts.

“We’re just delighted to be honest,” said Davis who also has a Europa League semi-final against RB Leipzig to look forward to.

“We knew the importance coming into the game, what it meant for us as a group of players, to the fans and everybody involved.

“Especially after the effort the boys put in the other night, to go again today and to put in that level of performance and that level of intensity to actually see the game out.

“We are just all delighted and buzzing in the dressing room.”

In the other Scottish Cup semi-final, Liam Boyce provided an assist for what proved to be the winner in Hearts 2-1 success over their Edinburgh rivals Hibernian who played the final 26 minutes with just ten-men. Michael Smith was not involved in the Hearts squad as he is currently receiving treatment for an ongoing back injury.

On the goalscoring front, former Linfield striker Paul Smyth made it three in his last six games as Leyton Orient defeated Scunthorpe United 3-0 at home to confirm the visitors’ relegation from League Two.

Also on target in League One over the weekend were former international midfielder Ben Reeves in Gillingham’s 2-2 draw at Cheltenham and defender Tom Flanagan who scored against his old club Sunderland in Shrewsbury Town’s 3-2 reverse at the Stadium of Light.

Northern Ireland striker Megan Bell celebrated her birthday in style after coming off the bench to score twice in Rangers emphatic 5-0 victory over Hibs which leaves them five points clear at the top of the SWPL with just four games remaining.

Speaking to irishfa.com Megan said: “I obviously wanted to have an impact coming off the bench and it felt special to score on my birthday with my family there.

“We are taking it game at a time and at this stage every game is a cup final and we still have big games to come but we’re sitting in a great position.”

Elsewhere in Scotland, Billy Mckay scored his 15th of the season as Inverness Caley dented Kilmarnock’s bid for  automatic promotion with a 2-1 home victory over Derek McInnes’ side.

Also in the Scottish Championship, former under-21 striker Ally Roy took his tally for the campaign to 12 as Queen of the South fell to a 5-1 defeat at Arbroath despite taking an early lead at Gayfield Park.

In the Premier League, Craig Cathcart was used as a late substitute as relegation-threatened Watford suffered a 2-1 defeat at Vicarage Road to Brentford though Jonny Evans remained on the substitute’s bench for Leicester City who lost 2-1 to the ever-improving Newcastle United.

In the Lowland League, Charlie McCann scored from the penalty spot and Ross McCausland hit a brace as Rangers ‘B’ defeated Gala Fairydean 5-2, while in the U23 Development League in England Charlie Owens found the net for the first time this season as QPR won 3-2 at Colchester United.

Finally, Northern Ireland under-21 international Liam Ravenhill, who is on loan from Doncaster Rovers to Mickleover Sports until the end of the season, scored in the Northern Premier League’s sides 3-3 home draw with Buxton.