In the run-up to the Cerebral Palsy Football World Cup finals in Spain next month we are highlighting the players who will be competing for Northern Ireland at the International Federation of CP Football (IFCPF) tournament.

How long have you been playing football? 11 years.

Which club do you play for? Orangefield Football Club.

Position? Midfielder. I am also the captain of the Northern Ireland CP team.

What’s the best goal you have scored? It was against Catalonia.

Do you play/like any other sports apart from football? Not really. I just enjoy football.

Who are the best team you have played against? Russia. They were a very strong outfit.

What’s the best pitch you have played on? It was at St George’s Park, the FA’s national training centre in Staffordshire.

Who is the best player you have come up against? Jack Rutter, who captains England.

Jordan is among four players in the 11-strong Northern Ireland squad who have played in the previous two World Cups. The others are Jordan Cush, Ryan Walker and Charlie Fogarty. 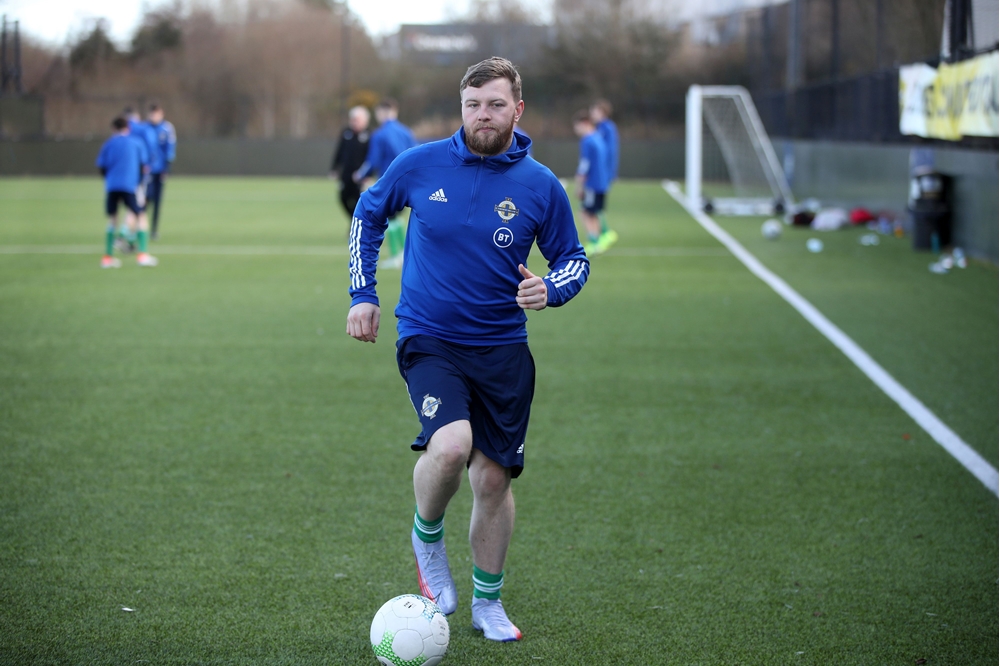