It’s fairytales, David v Goliath and much more in round five of the cup 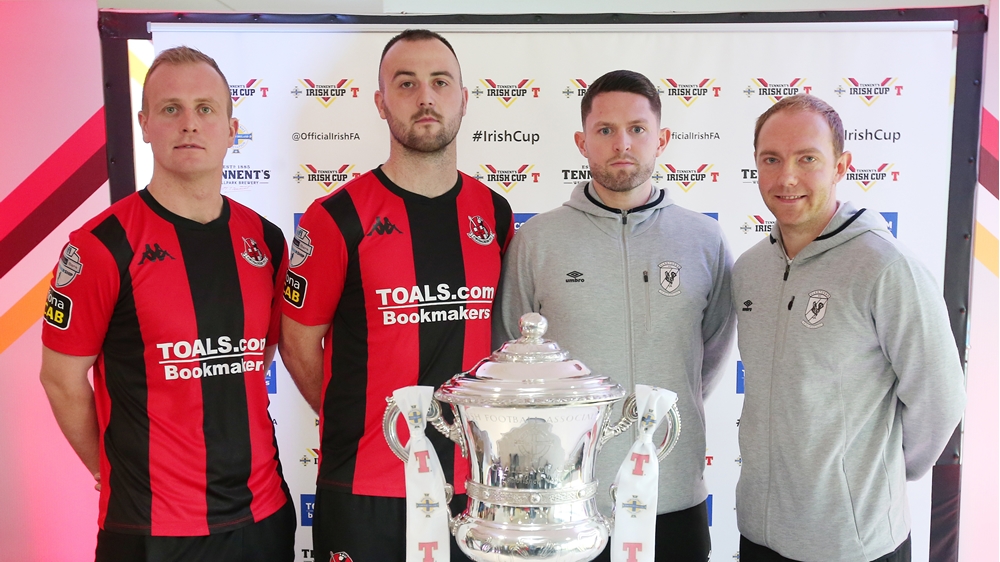 There will be an abundance of too-close-to-call ties in the fifth round of this season’s Tennent’s Irish Cup.

Several intriguing ties came out of the hat in the Round Five draw, which was staged at the National Football Stadium at Windsor Park this afternoon.

There are only three all-Premiership clashes among the 16 matches, which are due to be played on Saturday 5 January.

Reigning league champions Crusaders will be facing Glentoran at Seaview, while Cliftonville, losing finalists in 2018, will start their cup campaign with a home fixture against Dungannon Swifts. And Institute and Warrenpoint Town are due to lock horns in Derry-Londonderry.

Tennent’s Irish Cup holders Coleraine will begin their defence of the trophy at home. They will be up against Championship side Harland and Wolff Welders at the Showgrounds.

Current Premiership leaders Ballymena United have an away trip to contend with come early January. Dundela, currently lying second in the Championship, are set to host David Jeffrey’s high flyers.

Linfield, currently lying second in the Premiership, are also set to take on Championship opposition. They were drawn to face Ballyclare Comrades at home.

The big David v Goliath clash of the round is arguably due to be staged at Mourneview Park when Premiership outfit Glenavon tackle Rosemount Rec, the lowest ranked team left in the competition.

Lurgan Blues boss Gary Hamilton insisted at the draw that his team would give due respect to the minnows from Greyabbey, who operate in Division 1C of the Amateur League. Rosemount chairman Trevor McKay called it “a fairytale tie”.

Other intriguing matches in the fifth round include high flying Championship leaders Larne against Premiership side Newry City at Inver Park and Ards of the Premiership at home to Carrick Rangers from the Championship.

Larne Tech OB will be aiming to do a spot of giantkilling when they take on Limavady United away from home. Larne operate in Division 1A of the Amateur League, while Limavady play their football in the Championship.

All the other ties look set to be tight affairs. Improving Ballinamallard United will be hosting fellow Championship side PSNI in Fermanagh, while Queen’s University are at home to fellow NIFL Intermediate outfit Lisburn Distillery.

Championship teams Portadown, Loughgall, Knockbreda and Dergview will all enjoy home advantage in the fifth round of the cup.

Northern Ireland Intermediate League outfits Strabane Athletic and Maiden City will be up against Knockbreda and Dergview respectively.

The draw was made by Irish FA President David Martin and Coleraine FC legend Paul Gaston, who played 600 games for the Co Londonderry club. Pete Snodden was MC. 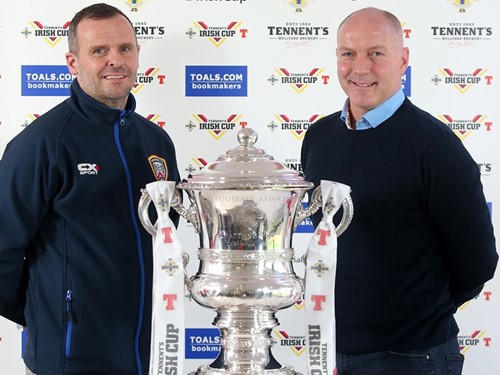 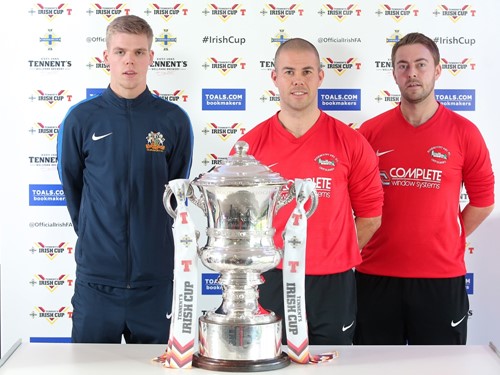 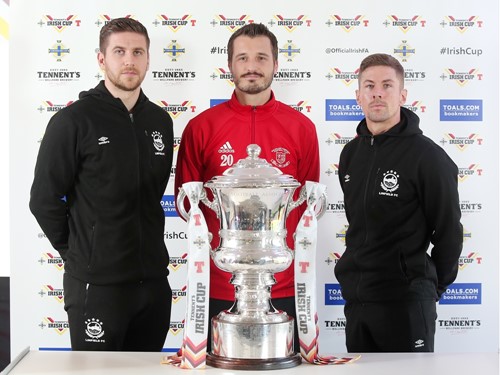 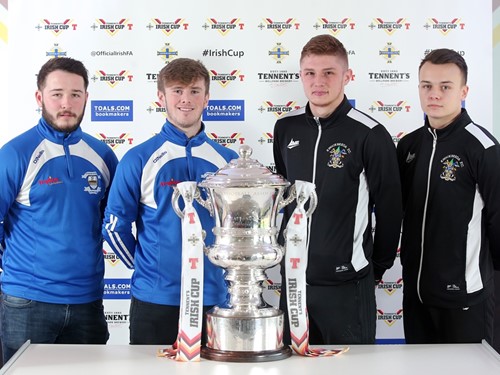 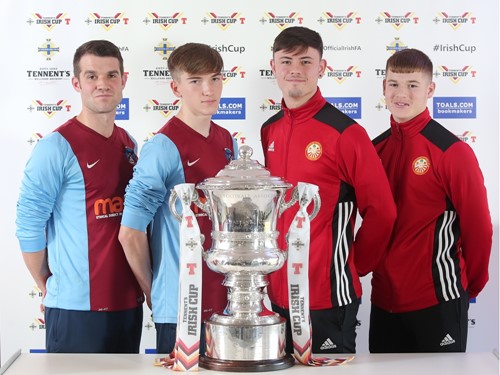 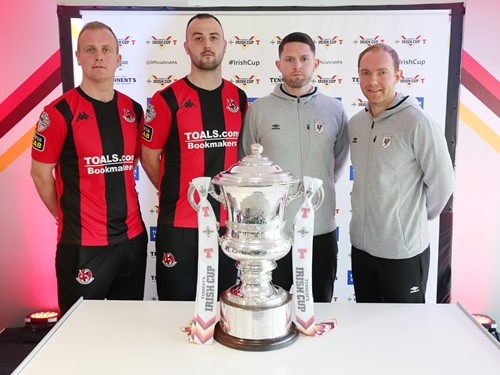 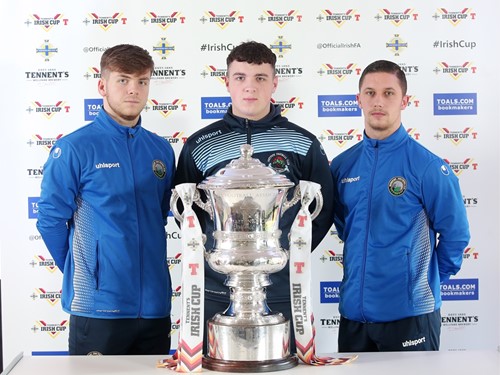 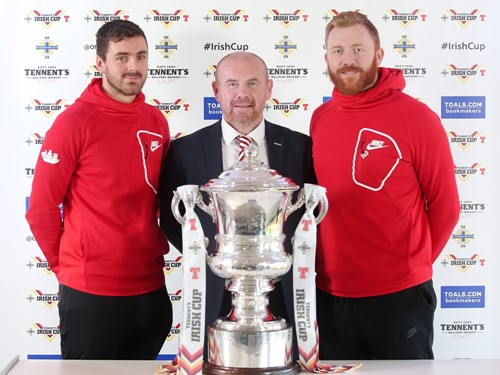 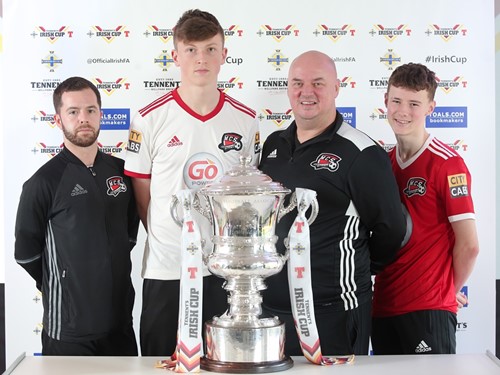 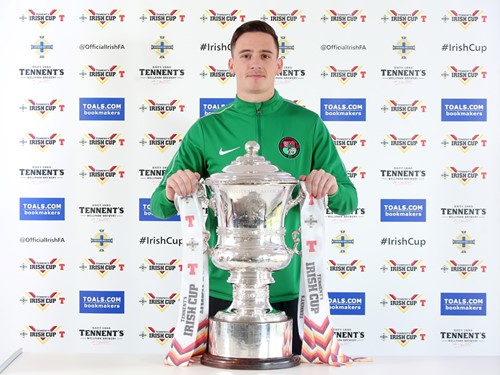 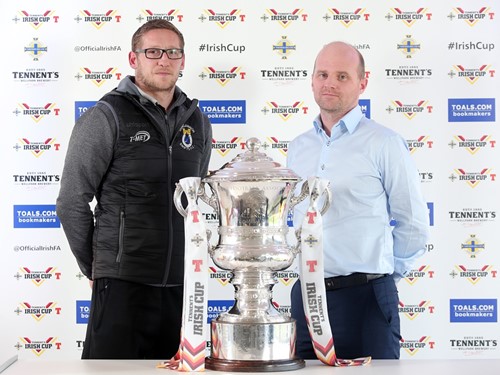 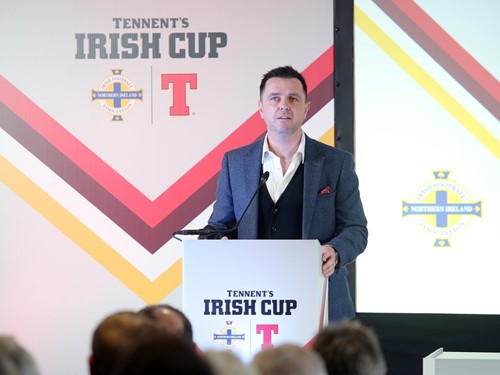 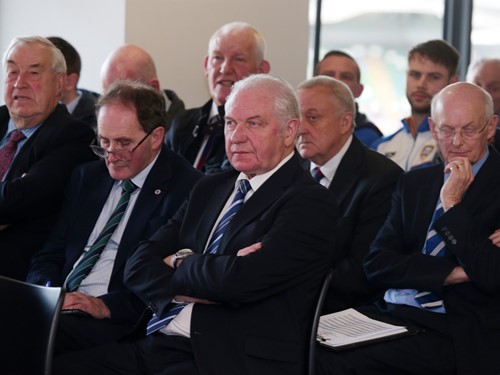 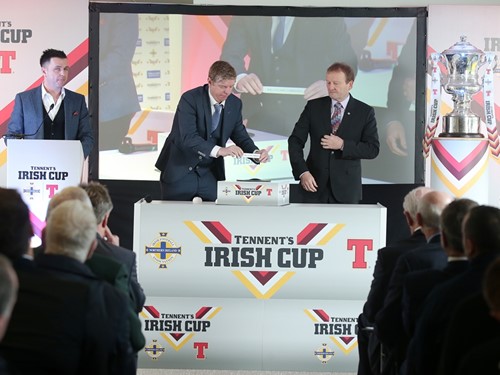 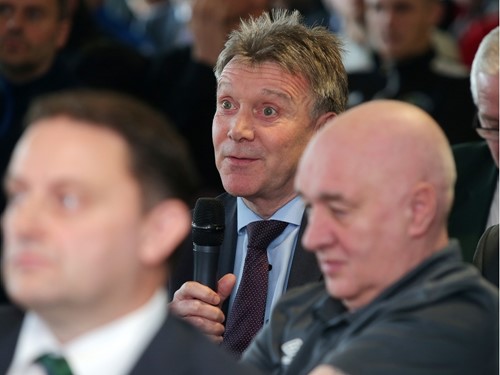 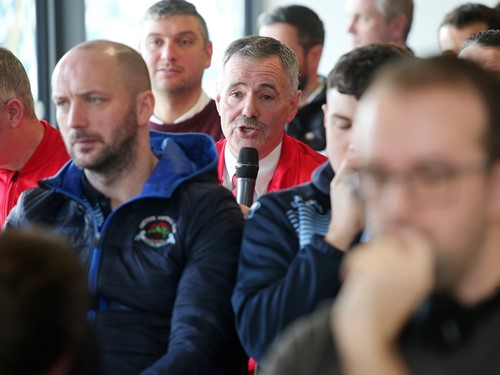 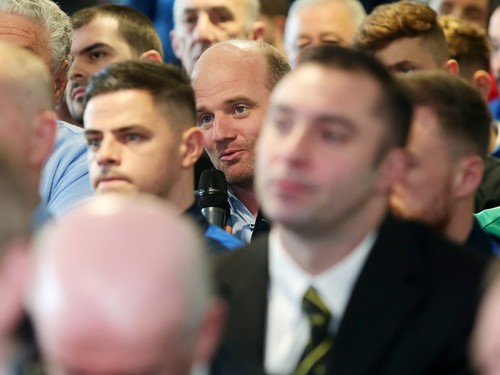 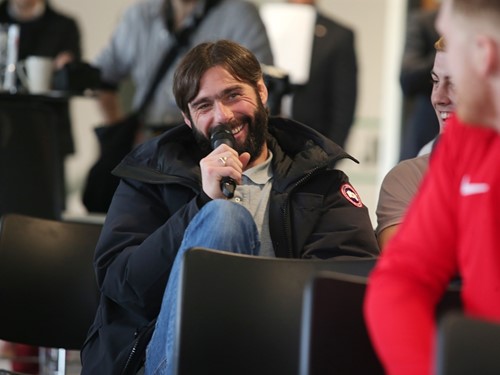