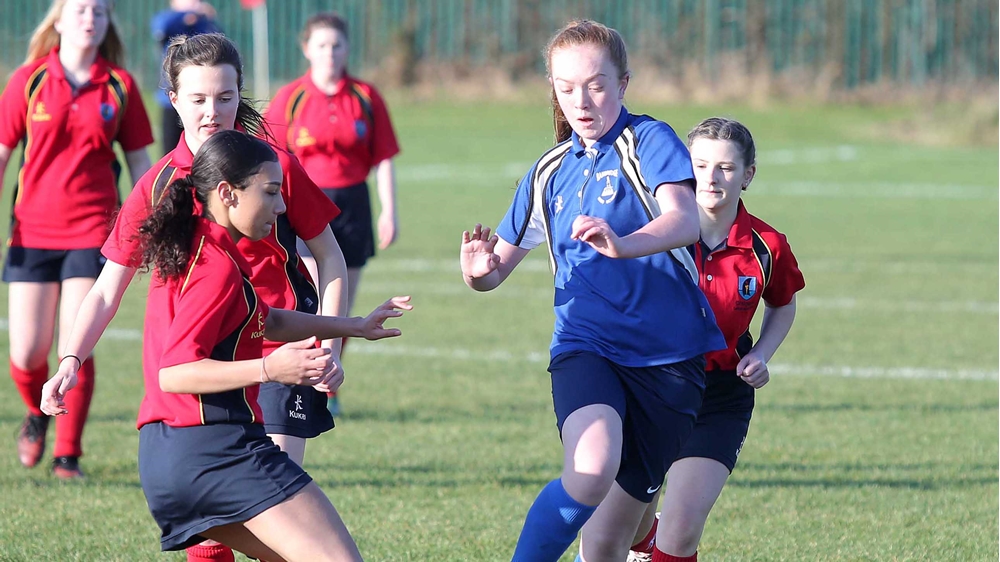 A record 31 schools participated in this year’s regional tournaments as part of the Northern Ireland Schools’ Football Association girls’ annual Under-15 11-a-side competition.

The U15 tournaments - sponsored by Danske Bank - provided girls with the opportunity to represent their schools as they battled it out for places in the national finals at the start of 2019. More than 500 participants took part in the regional events across Northern Ireland.

At the Valley Leisure Centre in Newtownabbey, Belfast school St Louise’s, who were national finalists last season, narrowly defeated Mercy College (Belfast) in a penalty shootout to clinch the first spot in the 2018-19 national finals.

St Cecilia’s College from Derry-Londonderry, fresh from their victory at both the Year 9 and Year 11 national futsal finals, delivered a winning performance against St Brigid’s College (Derry) in the final of the week’s second tournament in the North-West.

And last year’s winners, Holy Cross College (Strabane), were victorious in the Tyrone/Fermanagh heat for the second successive year. They remained undefeated against very good opposition in Aughnacloy.

The final heat of the week was staged in Lurgan and was the biggest of the regional tournaments with 14 schools vying for a place in the finals.

The final could not have been closer with the schools deadlocked after normal time, however it was Laurelhill who finally secured their place in the national finals by winning 5-4 on penalties.

Stephen Taylor from Danske Bank said: “We’re very privileged to support the girls’ schools’ competitions and are delighted to see how the competition has grown with over 500 girls taking part in the tournaments across the week.

“We look forward to the finals early next year and wish all the schools involved the best of luck with their training and preparation.”