Winger Whyte on target in Oxford's draw with Doncaster Rovers 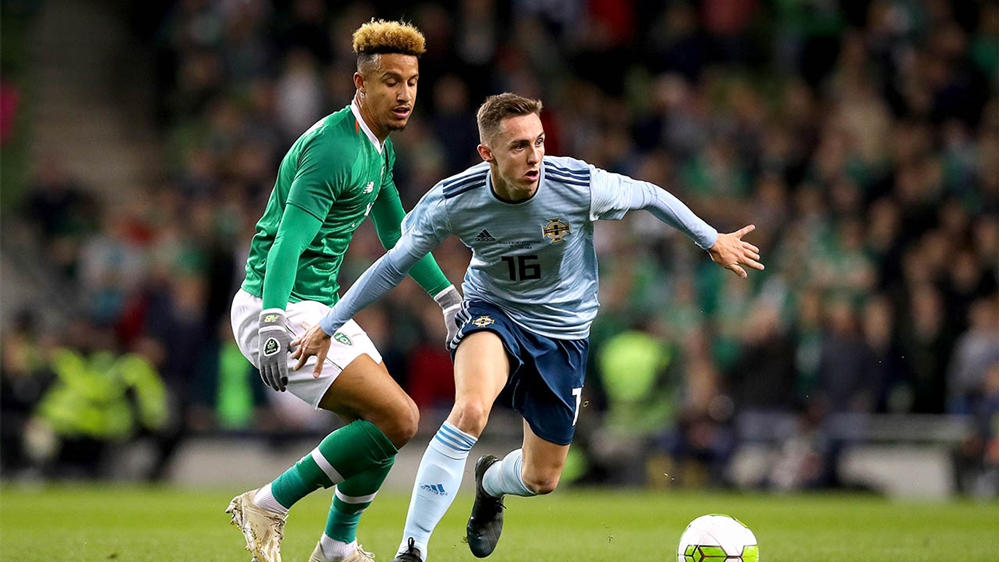 Winger Gavin Whyte clocked up his sixth goal of the season to help earn Oxford United a crucial point in their 2-2 draw with Doncaster Rovers at Keepmoat Stadium at the weekend.

The former Crusaders player had gone eight weeks without a goal but he always felt there was one imminent.

“I think I was due one,” said the 22-year-old. “I always said the goals were going to come, so I was buzzing to score.

“It was a good ball from James Henry and I just had to hit it low and hard.”

However, Whyte thought the U’s, who are currently in 18th place in League One, should have left Doncaster with the win as he felt overall they were the better side on the day.

“I’m disappointed we didn’t come away with three points,” he added, “You see the form we’re in now and I don’t really think we should be where we are – we’re flying and we’re better than most teams that are up there.”

Elsewhere in the division Ben Reeves set Charlton Athletic on their way to a 2-0 victory with a sixth-minute opener over Gillingham at The Valley on Saturday.

The former Southampton trainee, who has been beset by injury over the past couple of seasons, is enjoying his football at the south-London outfit who are now just four points off an automatic promotion spot in League One.

“It’s a great place to play football,” he said. “The players are enjoying it even more now with Bows (Lee Bowyer) as the manager and the crowd being really behind us.

“I never set myself a goal target but I know that I should be hitting double figures. I’ve done that a few times before and now I need to do it again.”

Two former Northern Ireland under-21 internationals were also on the scoresheet on Saturday – Callum Camps secured all three points for Rochdale with a last minute winner at Southend United while another midfielder, Cameron McGeehan scored the only goal of the game at Blackpool to move Barnsley up into the Play-off position in League One.

Meanwhile, in League Two, Caolan Lavery made it three in two games when he again came off the bench to score an injury time decider in Burys’ 2-1 home success over Tranmere Rovers.

The last remaining Northern Ireland player to score over the weekend was Billy Mckay who registered his 14th of the season as Ross County returned to the top of the Scottish Championship with a 2-0 home win over struggling Partick Thistle.

In the Premiership in Scotland, Rangers remain a point behind the leaders Celtic after a late victory at Tommy Wright’s St Johnstone on Sunday.

Striker Kyle Lafferty, who has failed to find the net for Steven Gerrard’s men since 23rd September, came on as a second-half substitute and twice came close to ending his barren run.

Despite the 31-year-old not finding the target for a 12th successive game Gerrard commented: “Kyle Lafferty was a constant thorn in their side when he came on and could have had a couple himself.”

Finally, midfielder Paddy McNair came on as a substitute to provide an assist for Middlesbrough’s winning goal at Reading while Ollie Norwood also added to his assist tally as Sheffield United drew 1-1 at Ipswich Town.