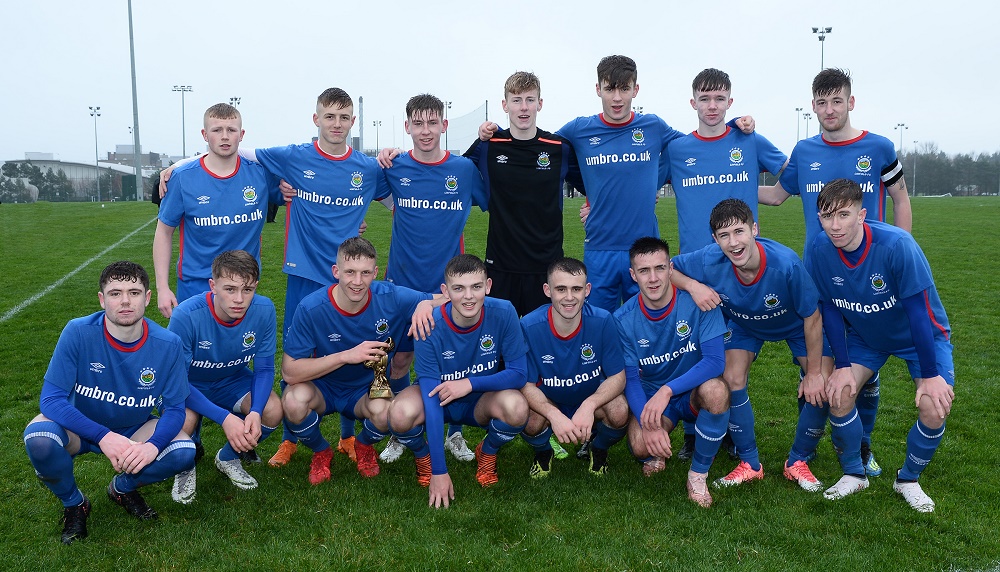 Holders Linfield Rangers continued their Harry Cavan Youth Cup defence with a two-goal victory over hosts Cliftonville Strollers at UUJ in what was a repeat of last season's final.

Starting the much brighter attacking force, Linfield took the game to the Reds with Callum McVeigh going close as early as the fourth minute only to see the ball fall just wide of the goal.

The Blues continued to press and were the predominant attacking force during the first 20 minutes albeit without that edge in front of goal. Ethan Wynne, Lee Rea and Ross Weatherup were torturing the home team down the right flank but just couldn't get the final touch.

Cliftonville's first attack of note came on 21 minutes through Ronan Hamill but after a good run into the box his shot was deflected out for a corner.

Linfield responded moments later with the best move of the match when Weatherup fed the ball to Wynne who crossed for Rea to have a strike on goal but his shot was easily picked up by Cliftonville keeper Ruan McKenna.

A feisty affair, tensions boiled over just before the break and when the dust settled Linfield were reduced to ten men when Weatherup was dismissed by referee Gareth Corrigan.

Cliftonville might have made their numerical advantage count early in the second half when Hamill went on a good run but his subsequent shot was dealt with by Linfield keeper David Walsh.

The deadlock was finally broken with a quarter-of-an-hour remaining when 'man of the match' Wynne picked up the ball on the halfway line, made good progress and sent a defence splitting cross to Thomas McComb on the right who returned it to the far post for Wynne to power home a downward header.

The coup de grâce came when Linfield substitute Jack Scott received the ball in 85th minute, dinked inside and released an unstoppable shot into the roof of the net.