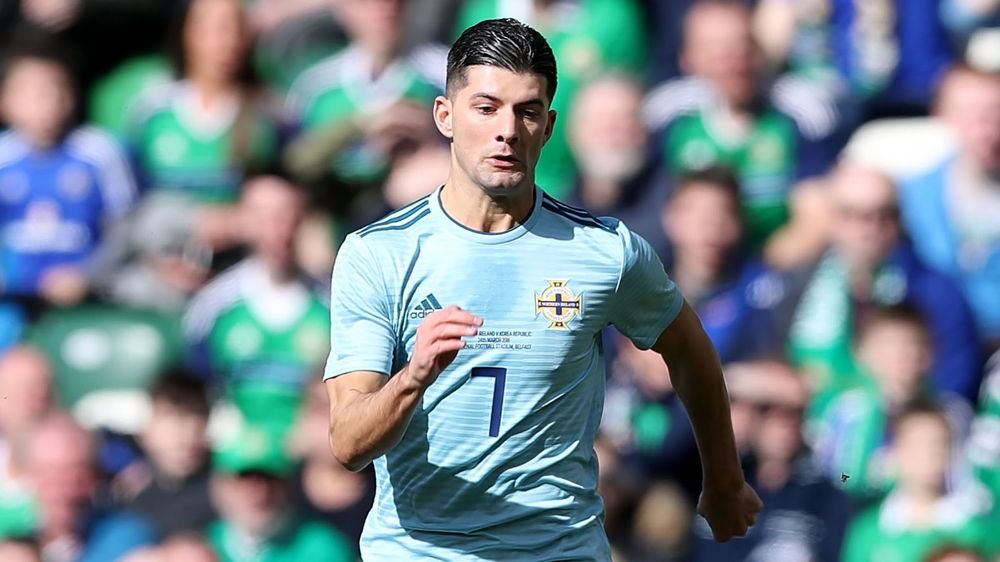 Jordan Jones scored for the second successive game to help Kilmarnock stay in third place in the Scottish Premiership table following their 2-1 victory over St Mirren at the weekend.

The former Middlesbrough trainee stabbed home his second of the season to leave Steve Clarke’s side just a point behind Premiership leaders Celtic and second-placed Rangers.

Massive achievement for everyone involved! Another massive 3 points today and buzzing to get on the score sheet again! Happy new year troops thanks for all the support enjoy!!🍺🍺🔵⚪️❤️ https://t.co/qQ9PZ4sleQ

Also in Scotland, Billy Mckay fired home his 15th goal of the campaign in a 2-1 home victory over his former club Inverness Caledonian Thistle to put Ross County three points clear at the top of the Championship.

In League One in England, midfielder Ben Reeves hit a consolation goal for Charlton Athletic who went down 2-1 to promotion hopefuls Barnsley at Oakwell.

On the injury front, Niall McGinn missed Aberdeen’s win at Livingston with a groin problem, while left-back Jamal Lewis was absent from Norwich City’s 4-3 defeat at home to Frank Lampard’s Derby County with a hamstring injury.

The 20-year-old is reportedly set to miss the Canaries’ next three matches with the injury.

Burton Albion striker Liam Boyce was sidelined for a third game on the bounce as he continues to overcome a thigh strain.

Elsewhere in the Championship, Ollie Norwood and Conor Washington helped Sheffield United maintain third-place in the table with an emphatic 3-0 win at home to Blackburn Rovers for whom Corry Evans was an unused substitute.

Meanwhile in League Two, Northern Ireland under-21 international Pierce Bird made his first league start for Notts County on Saturday in their scoreless draw with Bury at Meadow Lane.

The 19-year-old central defender, who had a loan spell with Grantham Town earlier in the season, was thrilled to make his first league start for County.

“I was delighted to get out there and play at Meadow Lane with Notts fans behind me,” Bird told the official County website. “I’ve had to bide my time and work hard in training and it felt so good to get my first start.

“After keeping my head down to show that I am capable of playing week in week out, my chance has come and I feel like I’ve taken it.

“I need to carry on working hard in training and hopefully I can nail down a regular place in the starting line-up because getting more games under my belt will be a huge success for me.”