Conor Glenholmes goal not enough in final game against England 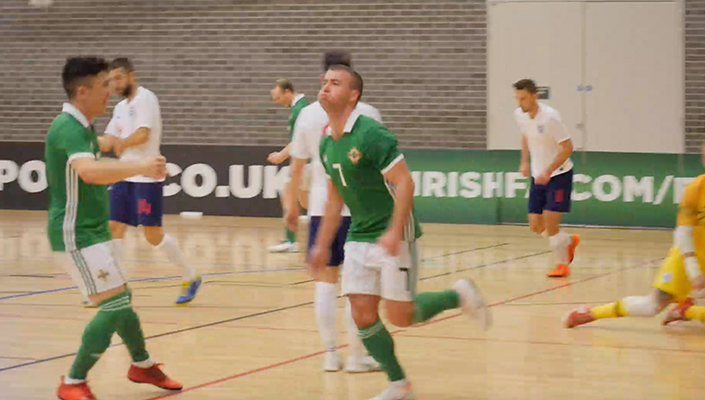 Conor Glenholmes reduced the deficit to 2-1 and a fine save shortly after was the difference as England countered and scored their third to seal the win. Northern Ireland rallied late on and hit the crossbar in the final seconds in front of a loud crowd at Newry Leisure Centre.

It's been a great week for the side after their 2-0 win against Wales on Saturday night and was a decent display to finish on in their final game.

Watch back our goal and hear from manager Jonny Michael on the teams weekend and final performance in the Home Nations Championships in the video above.