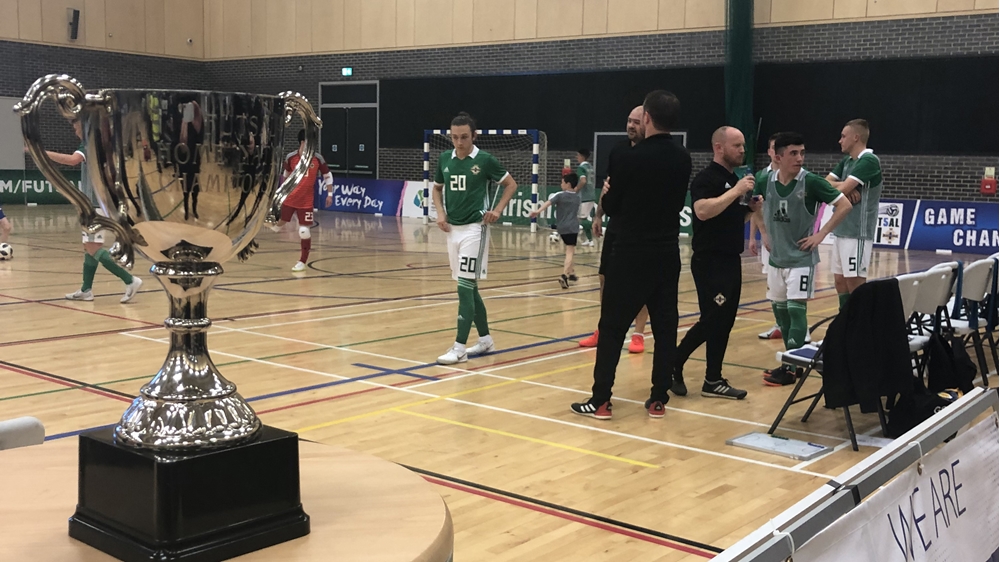 Hosts Northern Ireland suffered a disappointing 6-2 defeat to Scotland in their opening match of the Futsal Home Nations Championships.

The annual competition, which sees Northern Ireland, England, Scotland and Wales face each other, is being staged at Newry Leisure Centre.

This is Northern Ireland's third time participating in the tournament after making their debut in 2016.

With less than four minutes on the clock Craig Taylor went agonisingly close to giving Northern Ireland the perfect start but seconds later the Scots responded with the opener as Scott Smith pounced to find the net.

A string of good chances followed for Jonathan Michael’s home side, notably from Scott Gunn and Taylor before the lively Connor Millar clipped the foot of the upright.

Despite NI creating waves of pressure, Scotland struck again to double their advantage when Fraser Smith found the bottom corner.

After a five foul count Dale Robertson drilled the ball past goalkeeper Philip Irvine to give the visitors a comfortable 3-0 advantage.

Spirited Northern Ireland kept plugging away and Conor Glenholmes threatened before Jack Magee was denied by the feet of Scotland stopper Ben O’Hanlon.

After the break there was an instant response from Northern Ireland as Connor Millar reduced the deficit with a fine strike from distance.

Northern Ireland pressed to claw their way back into the match and Darius Roohi’s strike looked like it would do just that only for O’Hanlon to produce a fingertip save.

Just a few minutes later Michael’s men were dealt another blow as Scotland’s Craig McLeish’s slotted home number four thanks to a left-footed strike through the legs of Matthew McErlain.

Scott Smith then put the outcome beyond doubt when he grabbed his second of the night to make it 5-1.

Late in the game Northern Ireland goal scorer Millar saw a spot kick saved only for Scotland to go right up the other end to make it 6-1 with Robertson on target for a second time.

With virtually the last kick of the match Jack Magee’s last-gasp low shot across goal found the bottom corner for Northern Ireland’s second of the night.