Northern Ireland to face Luxembourg in September next year 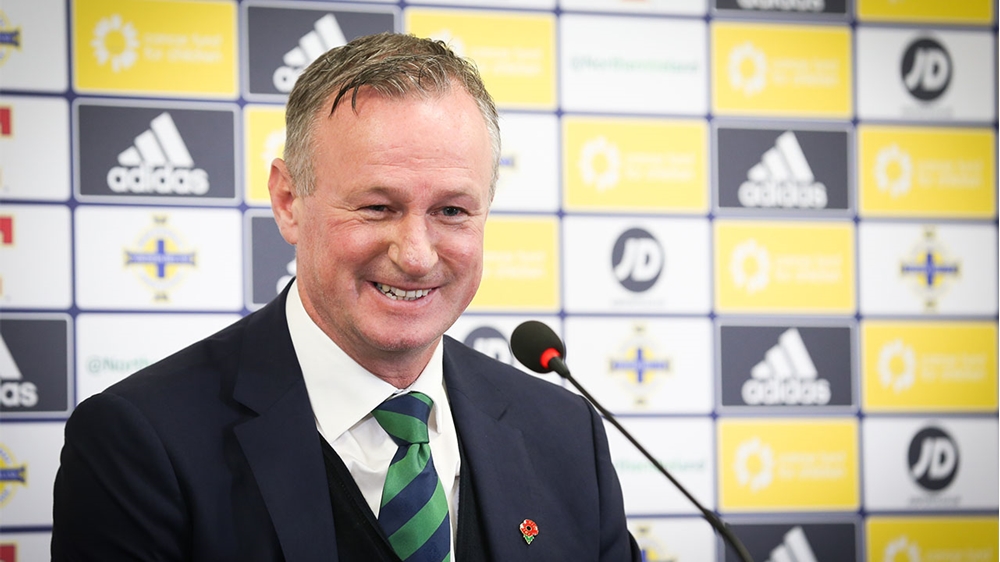 Northern Ireland will prepare for their home game against Germany in the Euro 2020 qualifiers with an international challenge match against Luxembourg.

Michael O’Neill’s side are set to play Luxembourg at the National Football Stadium at Windsor Park on Thursday 5 September next year (19.45) prior to facing Germany in Belfast on Monday 9 September (19.45).

The game against Germany will be Northern Ireland’s fifth of eight games in 2019 in Group C of the Euro 2020 qualifiers. They will play Estonia and Belarus home and away before taking on the Germans.

Like Northern Ireland, Luxembourg have been drawn in a five-team group in the Euro qualifiers. They are in Group B along with Portugal, Ukraine, Serbia and Lithuania.

Unlike Northern Ireland, Luxembourg managed to get points on the board in the recent UEFA Nations League, although they were operating in League D, the fourth tier, while Michael O’Neill’s side were in League B.

In their six games in Group 2 they registered a 4-0 home win against Moldova, defeated San Marino on a 3-0 scoreline home and away, managed a 1-1 draw in Moldova and lost narrowly twice to group winners Belarus (1-0 away, 2-0 home).

In the past Luxembourg were seen as an easy touch, however they have improved considerably under current boss Luc Holtz, especially in the defensive third.

They famously held eventual World Cup winners France to a 0-0 draw in Toulouse in September 2017; it was the first time France had failed to defeat them since 1914. And a couple of months later they had a fine win over Hungary in a friendly.

Their captain, Laurent Jans, plays for Metz in France, while fellow defender Christopher Martins is a regular for Troyes in France. Also operating in their back line these days is Maxine Chanot of MLS outfit New York City. Their main goal threat comes from Aurelien Joachim, who plays in the Belgian second division with Virton.

The night after the Northern Ireland v Luxembourg game in Belfast the big two of Group C, Germany and Netherlands, will be squaring up to each other in Germany.

Northern Ireland’s last three games in the group will see them play the Dutch away on Thursday 10 October and at home on Saturday 16 November plus Germany away on Tuesday 19 November. Northern Ireland will also have another friendly in and around 13 October (opposition and venue TBC).

Tickets for the Luxembourg game will not be on sale until next summer.