Corry Evans set to remain at Rovers until 2021 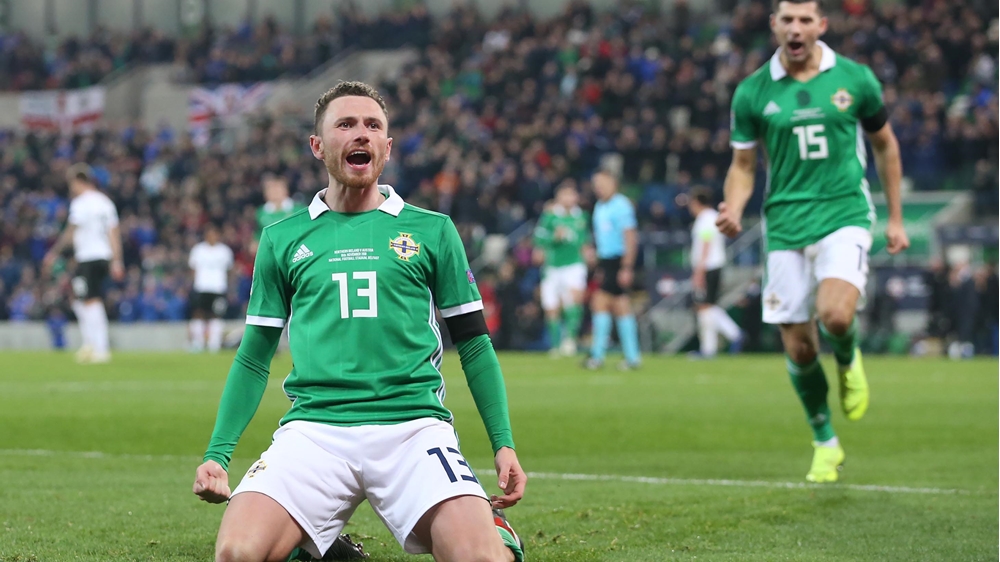 Evans, who has won 52 caps for his country to date, has agreed a two-and-a-half-year deal, which will keep him at Ewood Park until the summer of 2021.

The 28-year-old captained Northern Ireland when he won his fiftieth cap against Bosnia in Sarajevo in October and scored in our final Nations League game – the 2-1 home defeat to Austria.

He has made 168 appearances for Rovers since his move from Hull City five years ago.

"It’s been in the pipeline for a couple of months and I’m delighted to commit my future to the club. It was a no-brainer to sign on the dotted line.

“I’ve really enjoyed my time here so I’m really happy to sign and continue my association with the club.

“There’s been lots of highs and lows, but I think we’re on the rise now, especially with the manager committing his future to the club as well for the next few years.

“Since the manager [Tony Mowbray] has come in I think the club has gone on a step and we’ve improved. He’s improved the team in every transfer window.

“I’m excited for the next few years to see how this team can progress and grow. That will all come down to the manager and the backroom staff."

His club boss, Mowbray, added: “Every manager wants players you can depend on and trust, and that’s what Corry gives us. I’m delighted that he has extended his contract.

“He’ll be here for the next few years and will hopefully help us be successful.”